As we briefly mentioned, there are three new products to talk about today – the Radeon 9800 XT, the Radeon 9600 XT and then NVIDIA’s NV38.

The XT line of Radeon 9x00 cards is specifically targeted at the very high end of the gaming market. With AMD and their Athlon 64 FX, Intel and the Pentium 4 Extreme Edition, it’s not too surprising to see even more companies going this direction. With an ultra-premium part like the Radeon 9800 XT the profit margins are high and more importantly, the PR opportunities are huge – claiming the title of world’s fastest desktop GPU never hurts.

The effort required to produce a part like the Radeon 9800 XT is much lower than a serious redesign. When making any kind of chip (CPU, GPU, chipset, etc…) the design team is usually given a cutoff point where they cannot make any more changes to the design, and that is the design that will go into production. However, it is very rare that manufacturers get things right on the first try. Process improvements and optimizing of critical paths within a microprocessor are both time intensive tasks that require a good deal of experience.

Once ATI’s engineers had more experience with the R350 core and more time with it they began to see where the limitations of the GPU’s clock speed existed; remember that your processor can only run as fast as its slowest speed path so it makes a great deal of sense to change the layout and optimize the use of transistors, etc… to speed up the slow paths within your GPU. This oversimplified process is what ATI and their foundry engineers have been working on and the results are encompassed in the R360 – the core of the Radeon 9800 XT. 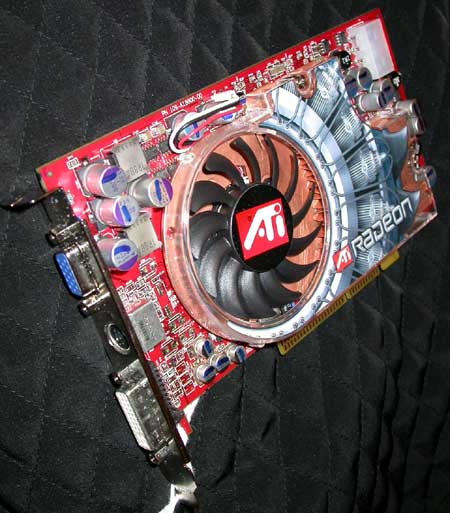 The Radeon 9800 XT is able to run at a slightly higher core frequency of 412MHz, quite impressive for ATI’s 0.15-micron chip (yes, this is the same process that the original R300 was based on). Keep in mind that the Radeon 9800 Pro ran at 380MHz and you’ll see that this 8% increase in clock speed is beginning to reach the limits of what ATI can do at 0.15-micron.

The Radeon 9800 XT does receive a boost in memory speed as well, now boasting a 365MHz DDR memory clock (730MHz effective) – an increase of 7% over the original Radeon 9800 Pro and an increase of 4% over the 256MB 9800 Pro. ATI was much more proud of their core clock improvements as we will begin to crave faster GPU speeds once more shader intensive games come out. 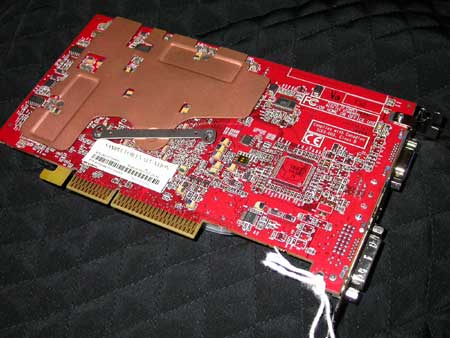 The Radeon 9800 XT does have a thermal diode (mounted on-package but not on-die) that has a driver interface that will allow the card to automatically increase its core speed if the thermal conditions are suitable. The GPU will never drop below its advertised 412MHz clock speed, but it can reach speeds of up to 440MHz as far as we know. The important thing to note here is that ATI fully warrantees this overclocking support, an interesting move indeed. Obviously they only guarantee the overclock when it is performed automatically in the drivers, as they do not rate the chips for running at the overclocked speed in all conditions.

The OverDrive feature, as ATI likes to call it, will be enabled through the Catalyst 3.8 drivers and we’ll be sure to look into its functionality once the final drivers are made available.