It has been a couple of weeks since Intel formally provided some high-level detail on its new discrete graphics strategy. The reason for the announcements and disclosures centered around Intel’s contract with the Department of Energy to build Aurora, an exascale supercomputer at the Argonne National Laboratory. The DoE and Argonne want developers clued into the hardware early, so when the supercomputer is deployed it can be used with as little ‘learning time’ as possible. This means Intel had to flesh out some of its strategy, as well as lift the lid on its first announced discrete GPU product. Only time will tell if it’s a bridge too far, or over troubled water, but today we know it as Ponte Vecchio. 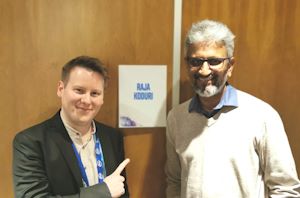 AnandTech Exclusive: An Interview with Intel’s Raja Koduri about Xe

This week Raja gave the keynote at Intel’s HPC DevCon event, a precursor to Supercomputing, and I did my usual thing of asking for the interview, fully expecting the...