This year at IFA, instead of suddenly finding the new silicon on the show floor, Huawei’s CEO Richard Yu announced this year’s new Kirin 980 during the company’s keynote speech. For readers who’ve been attentively following our articles over the last few months, today’s news should hopefully not come at too big of a surprise, as I’ve been heavily hinting at the timing of the first new 7nm Cortex A76 silicon designs coming later this year in commercial devices, with HiSilicon being the prime candidate for being the first vendor on the market with the their new generation SoC. Today we present the new Kirin 980, the first announced TSMC 7nm SoC as well as the first Cortex A76 and Mali G76 design. 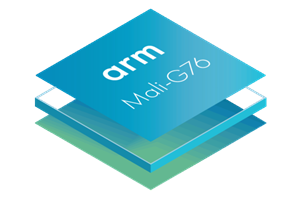 It’s been two years since Arm announced their first “next-generation” GPU architecture based on Bifrost and alongside with it its first implementation the G71. Following its release in the...