OCZ launched the Barefoot 3 platform and the Vector SSDs in late 2012, and with their new direction OCZ has been trying to change their image to become a premium manufacturer of high performance SSDs rather than a budget brand. The Vector remained as the only Barefoot 3 based product for months until OCZ introduced the Vertex 450, a not exactly cheap but more mainstream version of the Vector with a shorter three-year warranty. Now, almost two years after the introduction of the Barefoot 3, OCZ is back in the mainstream SSD game with the ARC 100. Read on to find out what has changed and how the ARC 100 performs. 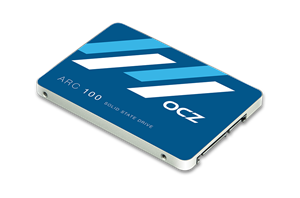 The release of the Vector marked as a change in OCZ's strategy. With a new CEO, OCZ's goal was to change the company's brand image from being a low-cost...