The power consumption at the wall was measured with a 1080p display being driven through the HDMI port. In the graphs below, we compare the idle and load power of the Intel PPSTK1AW32SC with other low power PCs evaluated before. For load power consumption, we ran Furmark 1.15.0 and Prime95 v28.7 (32-bit) together. 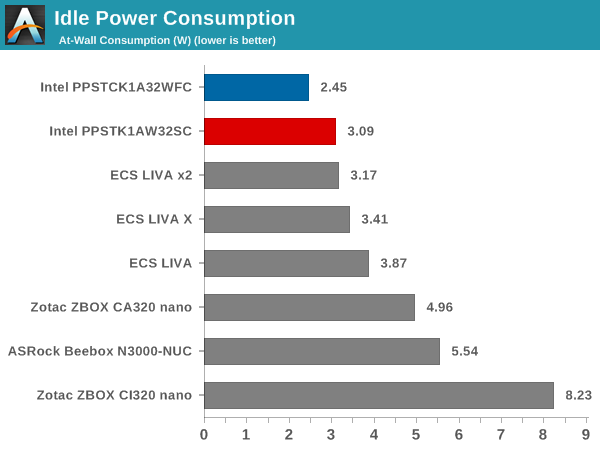 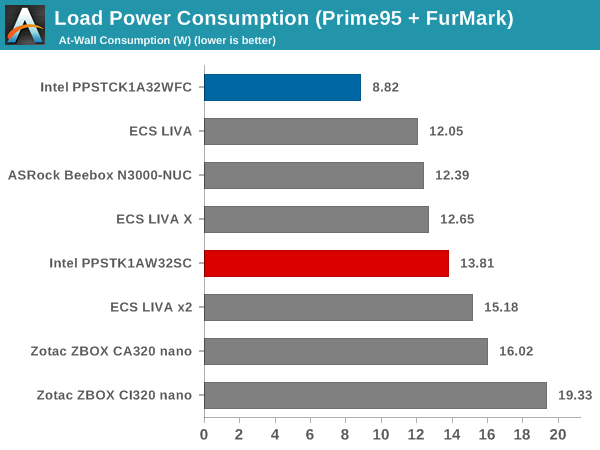 Compared to the Bay Trail Compute Stick, the Cherry Trail one has higher idle and load power consumption numbers. Given the upgraded Wi-Fi, the idle number can probably be justified. The load number is more due to the upgraded GPU which delivers much better performance while also consuming as much power as possible while staying within the acceptable thermal envelope. 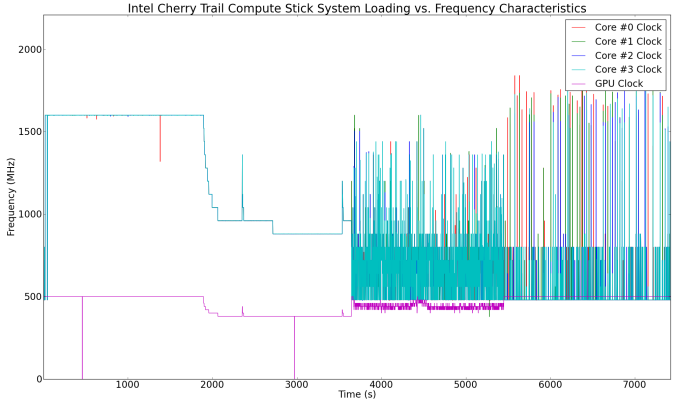 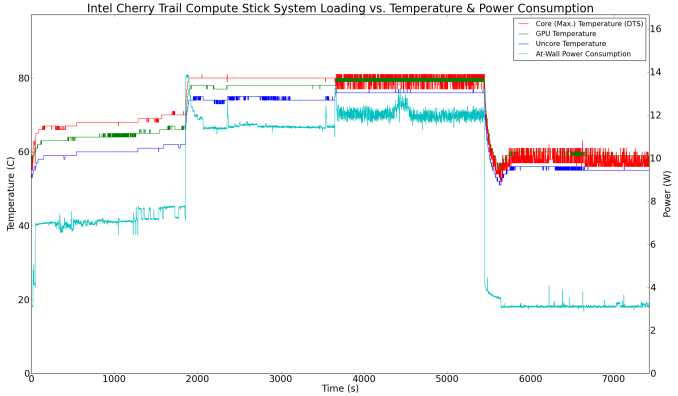 According to the official specifications, the junction temperature of the Atom x5-Z8300 is 90 C. The thermal solution is able to keep all temperatures around the 80C mark without excessive throttling. In the absence of any GPU loading, the CPU cores maintain a 1.6 GHz speed. We didn't observe the cores operating at the maximum burst frequency at all (1.84 GHz). With GPU loading into the picture, the cores can drop down to as low as 900 MHz even with the CPU load active. The GPU shunts between 380 MHz and 500 MHz depending on the load and available thermal headroom. One disappointing aspect is that the idling temperature of 57 C for the CPU cores is a lot higher than what we would like.

Using the Android version of the FLIR One thermal imager, we observed the chassis temperature after the CPU package temperature reached the steady state value in the above graph. 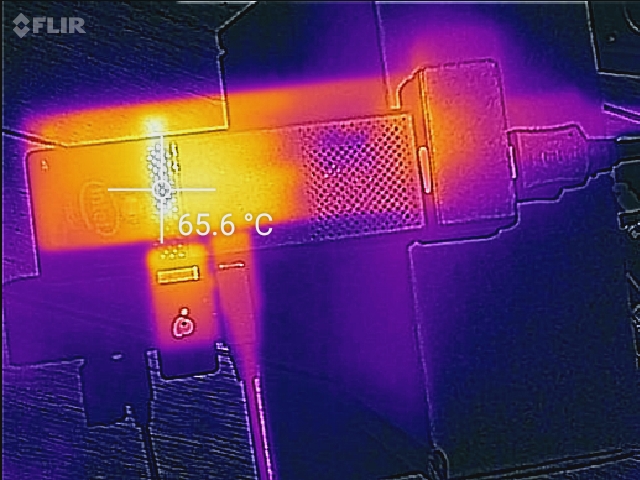 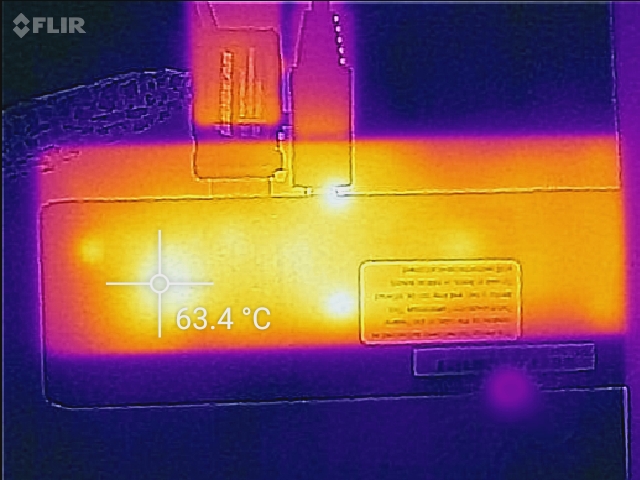 We see that the chassis remains below 66 C even when the internal SoC is at 80 C.