Networking and storage are two major aspects which influence our experience with any computing system. This section presents results from our evaluation of these aspects in the Intel PPSTK1AW32SC.

Evaluating the capabilities of the primary storage subsystem turned out to be a challenging process. We usually use PCMark 8's storage bench for mini-PCs. However, the lack of enough free space after installing a couple of Windows updates meant that PCMark 8 would consistently crash during the benchmark process. However, we were able to process the benchmark on the Patriot EP series microSDXC card. The results were not any different from what we obtained in the Bay Trail Compute Stick review. That said, in order to get an idea of the eMMC performance, we ran ATTO and CrystalDiskMark on the SanDisk DF4032. A screenshot of the results is presented below. 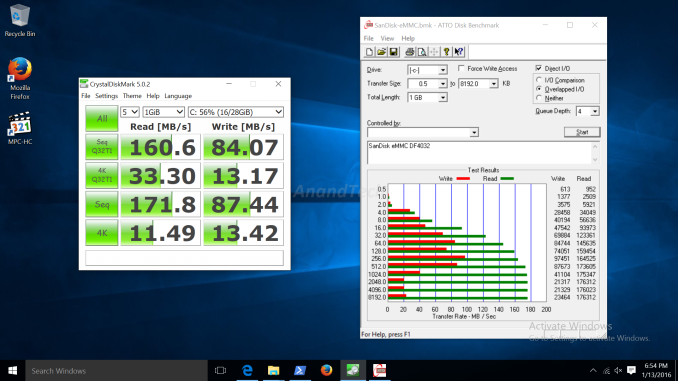 On the networking side, we restricted ourselves to the evaluation of the WLAN component. Our standard test router is the Netgear R7000 Nighthawk configured with both 2.4 GHz and 5 GHz networks. The router is placed approximately 20 ft. away, separated by a drywall (as in a typical US building). A wired client is connected to the R7000 and serves as one endpoint for iPerf evaluation. The PC under test is made to connect to either the 5 GHz (preferred) or 2.4 GHz SSID and iPerf tests are conducted for both TCP and UDP transfers. It is ensured that the PC under test is the only wireless client for the Netgear R7000. We evaluate total throughput for up to 32 simultaneous TCP connections using iPerf and present the highest number in the graph below. 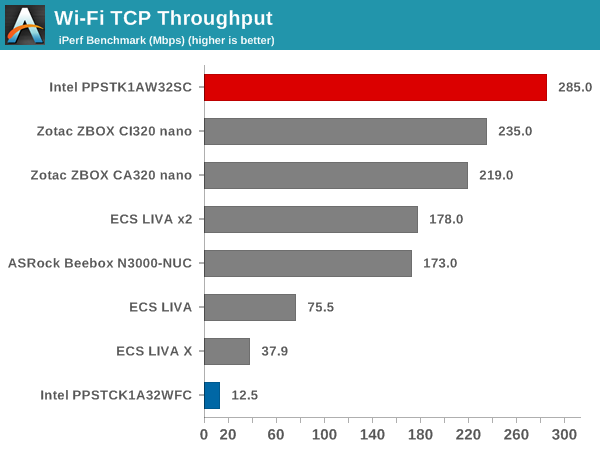 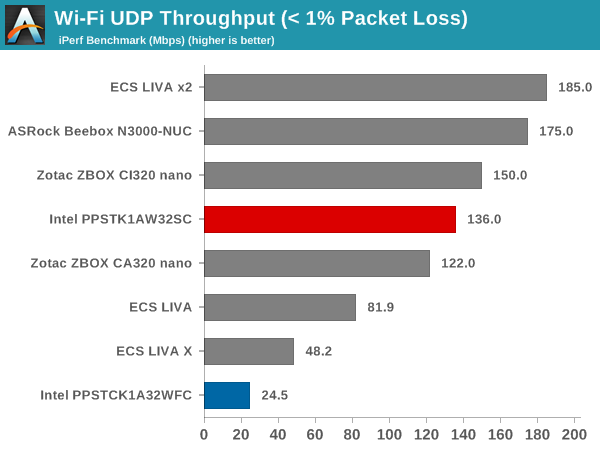