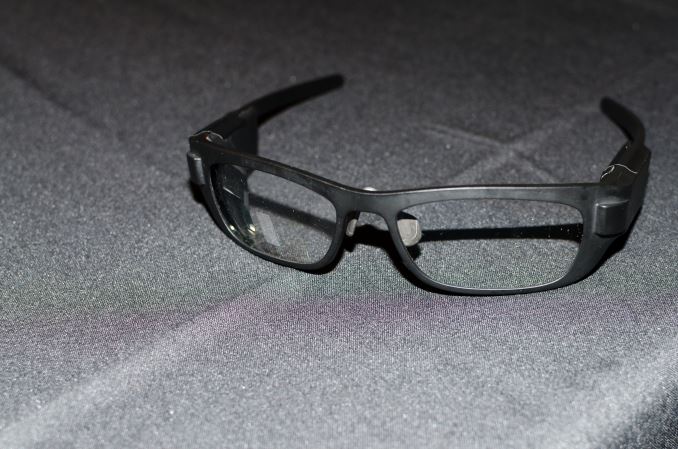 With Google Glass, one of the major barriers to adoption was just how glaringly obvious it was that you were wearing Google Glass. The display was a field sequential color LCoS with a simple projection system to make the display visible at a short distance away from the eye. Unfortunately, the problem with this system was that the display was completely obvious and wasn’t really integrated into traditional thin lens glasses. It was also pretty obvious when the display was active, as you could see light coming out of the LCoS array without getting uncomfortably close to the person wearing Glass. 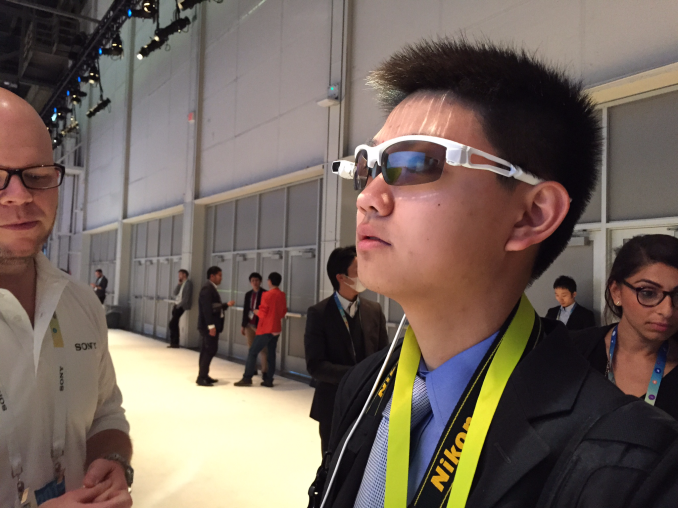 Some of the other systems I’ve seen for projecting a display for smart glasses have also been pretty obvious to spot such as any of ODG’s smart glasses, although those aren’t really designed to be subtle in any way as they try to pack a full tablet of hardware into something head-worn. Sony’s SmartEyeGlass gets closer to something subtle, but it’s still glaringly obvious that you’re wearing something odd. 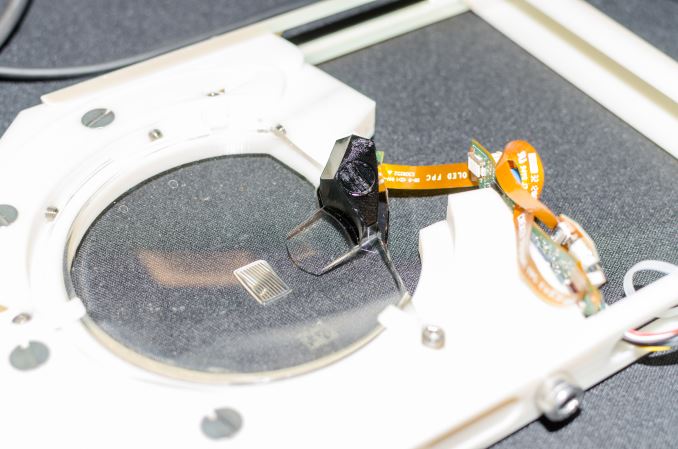 Zeiss identified this as an issue, and in response they created an internal team to try and make an optical system that resolves all of these issues. Their solution is what they’re now calling Smart Optics. This optical system takes a display mounted at the edge of the lens and can project it directly into the eye at an arbitrary position on the lens, with an arbitrary focus to either place the displayed image a short distance away from the eye (~2m), or even at infinity to create a true HUD. 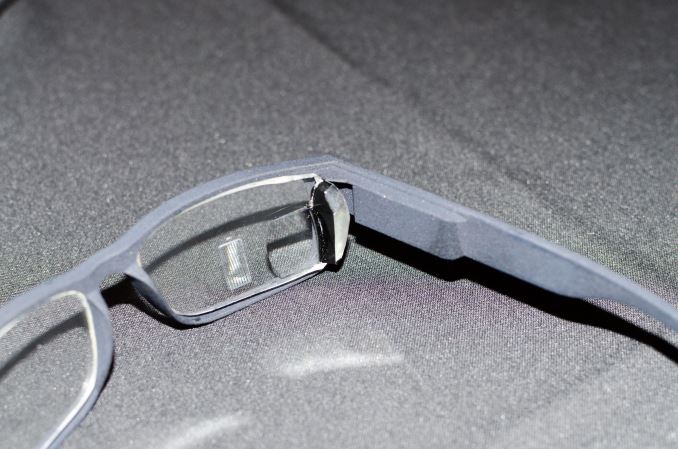 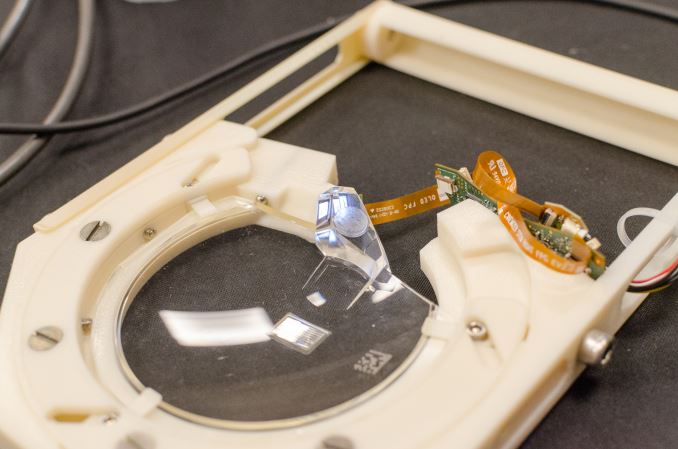 The entire design is made from injection-molded polycarbonate, which means that it’s capable of being mass-produced in a method similar to most current glasses. Based on discussions with those that worked on this project, the prism in particular was especially difficult to create as its shape is complex and voids and other defects would appear in the polycarbonate as it cooled. Zeiss also emphasized that their design was covered with over 250 patents to drive home the difficulty of making this optical system work. 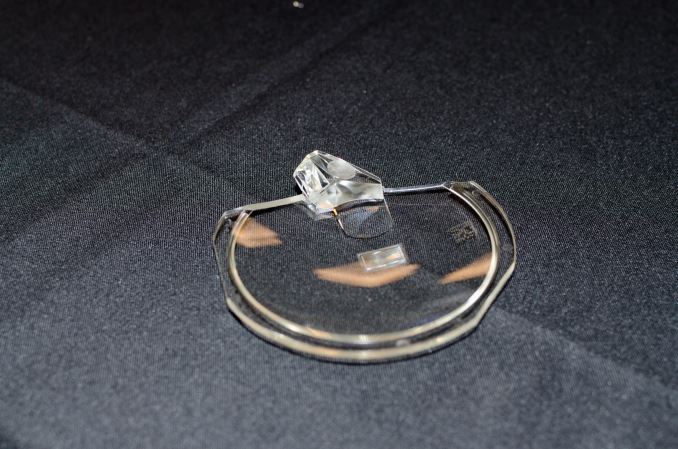 Zeiss showed off an early prototype, which even at this stage was impressive as there was no visible translucency that could occlude vision and the projection worked flawlessly. Unfortunately, as the design is supposed to be made with a prescription for those that need one I couldn’t quite get the full experience as the corrective lenses that they had for the prototype weren’t quite strong enough for my eyes, but their rapid prototyping rig worked well and showed acceptable resolution and luminance. 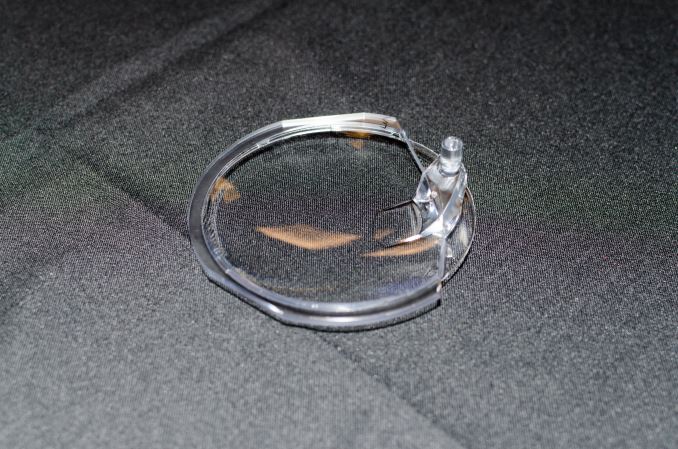 I wasn’t really able to get much in the way of details regarding whether any devices with this optical system were imminent, but it sounds like Zeiss is working with partners that can put their optics to use. Based upon a lot of the discussions I’ve had with various people working with wearables it sounded like smart glasses were at least 5-10 years out, but with technologies like this I wouldn’t be too surprised to know that by the 7nm node that smart glasses using this technology will start to reach mass consumer adoption.