As we reach the conclusion of our Nexus 6P review, we’re hopefully left with a more educated view of how the 6P performs and why it perform as it does. It’s also the first showing from Huawei as a Nexus partner, and I think that Huawei has proven itself to be an extremely competent partner at that.

Design-wise, the Nexus 6P takes advantages of Huawei’s experience in building aluminium uni-body phones which results in an extremely solidly built device. While the front face of the phone doesn’t have too much character to it due it being little more than an all-black glass surface with screen and the two speaker grills, it’s the back that makes the Nexus 6P to be instantly recognizable. The “visor” as people have come to call it serves both as an aesthetic feature as well as a practical one as it houses the camera system and flash.

The metal finish and polish makes for a solid grip that is helped by the comparatively flatter sides of the device. Here the 6P trades in a bit of in-hand feel for better handling of the large form-factor. And make no mistake as the Nexus 6P is very much a large form-factor phablet device. The 5.7” screen compares to competing devices such as the Note 5 or the Mi Note Pro, however the 6P is noticeably larger than its cousins due to larger bezels both on the sides and especially on the top and bottom.

The large screen is backed by an excellent AMOLED panel from Samsung. Here Google seems to have made a much better choice in panels than what we saw in last year’s Nexus 6 or what Huawei seems to have employed in their own Mate S. Picture quality is comparable to the Note 5, although the 6P loses out in terms of efficiency, only able to slightly beat the Note 4’s screen efficiency.

Performance wise, the Nexus 6P is excellent. Huawei’s internal design and handling of the SoC’s thermal dissipation makes this the best implementation of Qualcomm’s Snapdragon 810 SoC. CPU performance is currently among one of the best, particularly in bursty workloads, although it can’t really match the sustained and consistent performance of Samsung’s Exynos 7420 devices or even last year’s Snapdragon 801/805 phones. Gaming performs well too, although we again see that sustained performance is only about half of peak performance, an issue competing high-end Android devices also have to deal with.

Battery life, while being subjectively is very good to the point that no user would have to complain about it, it still falls behind the competition. I’ll be honest and say that 2015 has been a pretty bad year for Android devices, as other than Samsung, vendors had to rely on the Snapdragon 810/808’s rather disappointing power efficiency. It’s the fact that you know that a device could have done much better had it had a different SoC that simply leaves me hesitant in praising the Nexus 6P’s battery life. It reminds me of Huawei’s own Mate 7, which while it had excellent battery life due to the very large battery capacity, it failed to be able to provide results worthy able to live up to the specifications. 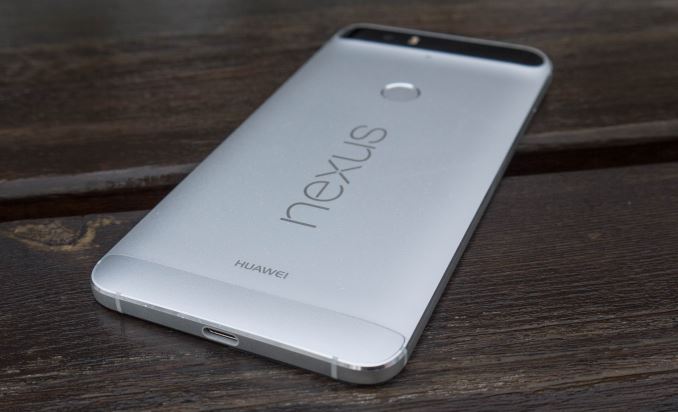 Meanwhile the camera on the Nexus 6P is among the best, although there were some software processing and consistency issues discovered. Due to these issues encountered in my testing I’m a bit undecided on how to evaluate the 6P’s camera. In situations where it manages to perform, it performs excellently. But as we’ve seen there’s also scenarios where it struggles to get good exposure, and I view that as more important than having an edge in sharpness and effective spacial resolution. And an edge in sharpness is something the Nexus 6P very much has. While the Nexus 6P’s daylight performance can be argued about, it absolutely seems to lead in low-light scenarios as the camera sensor is able to resolve that much more details than the competition; as long as it exposes and color-balances correctly (most of the time).

Wrapping things up, we’re left with the question of the Nexus 6P is a worthwhile buy or not. Here I’d like to offer two conclusions, one for US users and one for buyers in Europe and the rest of the world. At a US price starting at $499 for an unlocked variant, it seems that the Nexus 6P hits a sweet-spot in terms of price-performance and is able to position itself very competitively against other devices. Google’s own services are also much more prevalent and far reaching in North America, so there’s definitely advantage of having a pure Nexus experience (Along with the non-carrier firmware advantage). Here the Nexus 6P is definitely a worthwhile purchase.

For regions outside of North America, and Europe especially, the Nexus 6P just seems an unreasonable device. Starting at prices from 649€, you would expect a device without drawbacks, and it’s simply not worth the premium over other devices, or at the same price you’ll be better off with an equally priced S6 Edge+ or Note 5 if it’s available in your region. Here, the Nexus 6P just simply doesn’t seem that attractive unless you’re putting a lot of weight into the Google Nexus experience, which I find to be a rather subjective aspect of the device. With Snapdragon 820 phones coming in just a few months there’s also the viable option to hold out for better alternatives as we're on the verge of a large generational jump that will undoubtedly bring a lot of improvements to the table.