Sizing Up The Competition: The Weigh-In

At the end of the day I feel I prefer the looks of SilverStone’s Mighty Milo build. I appreciate a more conservative down to business look with my hardware. Ultimately though beauty is more than skin deep. Inside this machine has a few tricks that will help it hit against the opponent. 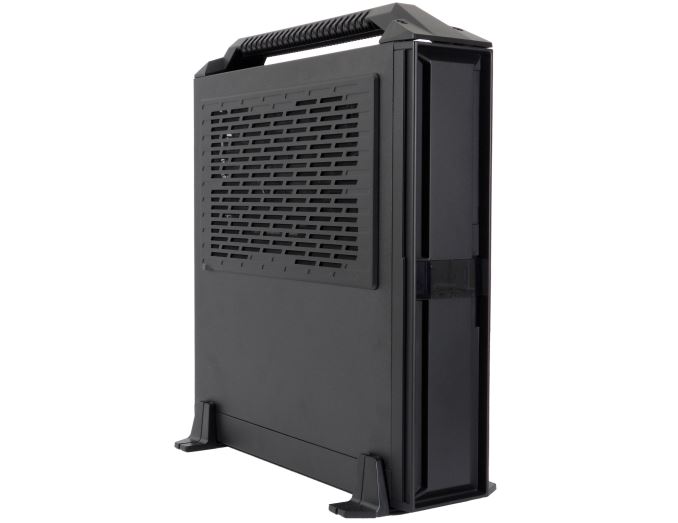 Much of the hardware will be covered in the final fight when we benchmark each machine, but even just superficially we can see that this machine has the potential to keep quieter with an absence of case fans being installed on the machine coupled with large openings to aid passive airflow.  The aftermarket CPU cooler should also perform better than the stock Intel cooler, allowing either higher overclocks or lower noise at the same temperatures. All of this in a low profile case that with the included handle installed can be easily moved from home to school and easily placed in many locations, though care may need to be taken to allow room for the case to breath with the absence of case fans.

While building in the ML08 I got to experience my first SilverStone case. The common thread I always see in SilverStone case reviews was that SilverStone cases take a little bit of extra work but leave you with good results. After the involved process was completed we are left with what I think is a good example of a compact and elegant machine, with room for much more potent hardware in the future should anyone want to upgrade it further. 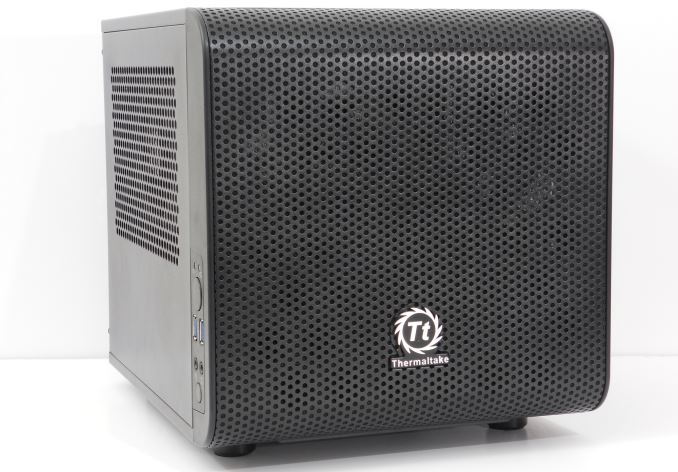 For Crucial's Ballistix Bantam build I honestly didn't look forward to building in a Thermaltake case in the same way I did the ML08 from SilverStone’s build. Though when I got down into building inside this case it felt more relaxed than I expected. The build process was a lot more straightforward and having little things like places that are out of sight made cable management much easier. When all the panels are off I was essentially building a computer in a cube frame and had very few instances where space was an issue despite this being a mini-ITX build.

I did have to work a bit but while I feel this case isn't as good looking on the outside I also think that I managed to put together a machine that looks much better on the inside. Along with the better cable management the addition of thumbscrews on the case panels means I expect this case to be much friendlier to tinkering in the future with the extra space and means to keep cabling out of the way helping ease any work that happens inside this computer. Alongside the build experience we have a beefier CPU and larger SSD that may lead to a more balanced experience, and an external DVD drive will allow optical media to both be used with this machine and any other computers the end user spends time with.

Performance results for both of these builds are coming in as we speak, so be sure to keep an eye out in the coming days for the final battle between SilverStone’s Mighty Milo and Crucial's Ballistix Bantam.

For Build-A-Rig, we are posting the survey link on each piece so users can enter at any time. The final entry date is November 13th, as round 2 of the Build-A-Rig challenge is quickly coming to a close.

For the purposes of the giveaways, we should state that standard AnandTech rules apply. The full set of rules will be given in the survey link, but the overriding implementation is that the giveaways are limited to United States of America (US50), excluding Rhode Island, and winners must be 18 years or older.

With apologies to our many loyal readers outside the US, restricting the giveaways to the US is due to the fact that AnandTech (and more specifically our publisher, Purch) is a US registered company and competition law outside the US is very specific for each nation, with some requiring fees or legal implementations to be valid with various consequences if rules aren’t followed. It’s kind of difficult for the rules of 190+ countries/nations worldwide to all be followed, especially if certain ones demand fees for even offering a contest or tax on prizes. We recognize that other online magazines and companies do offer unrestricted worldwide competitions, but there are specific rules everyone should be following in order to stay on the side of the law. That’s the reality of it, and unfortunately we cannot change on this front, even with the help of Purch.

The survey link is: http://www.surveygizmo.com/s3/2382250/AnandTech-Newegg-Build-A-Rig-Challenge-Round-2-Sweepstakes