As mentioned previously, the variation on Corsair's fans means that this one is our 140mm model in the 'High Airflow' (AF) category, focusing on low-impedance (case-fan style) scenarios. The LED versions are not built as sturdy as the non-LED models, and this one comes in with the 'Quiet Edition' moniker as well.  Here are the results for the AF140 LED QE fan at high and low voltage settings: 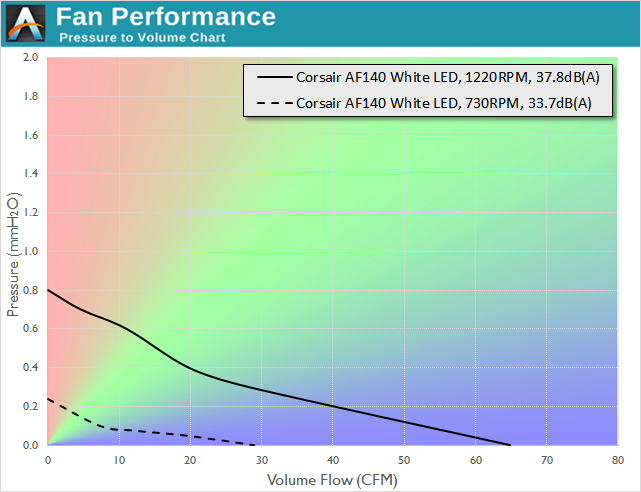 The Static Pressure line of fans focuses more on the early end of the pressure/volume curve, aiming to get higher airflow at the same pressure while potentially sacrificing the total peak volume flow at zero pressure. Similar to the AF model above, this is a 140mm LED version but not in the quest range. Here are the 12V and 7V results: 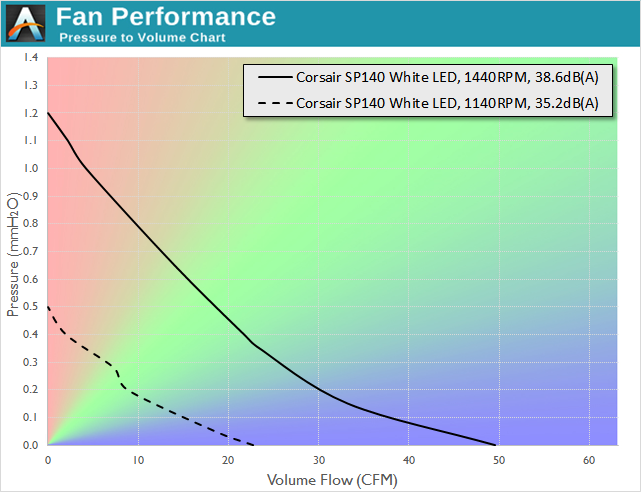 As expected by its design and specifications, the SP140 has a good static pressure, nearly 50% better than that of the high airflow AF140. However, its pressure to flow curve declines faster and the SP140, even though it has a higher maximum speed than the AF140, cannot reach very high airflow values.

If we do a direct comparison at the different voltage modes, we get the following for 12 volts: 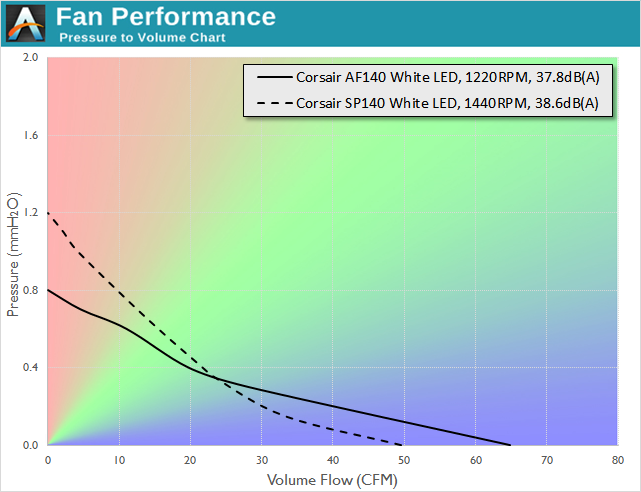 Then this is for 7 volts (note the different scales on both axes): 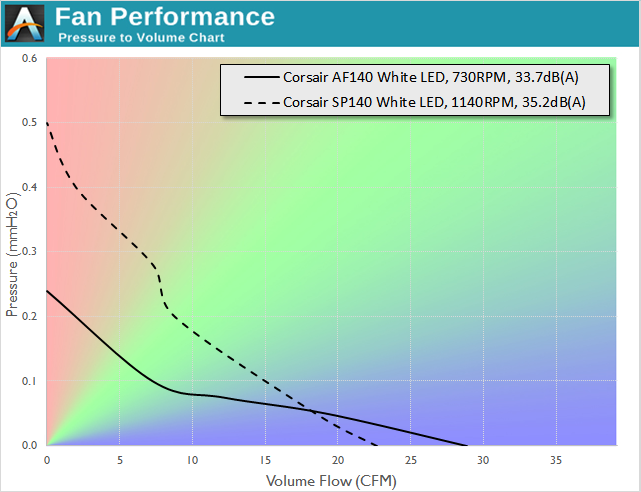