While cellular data is often the center of smartphone connectivity, it’s often the case that people rely on WiFi instead of cellular data for the bulk of their data transfers. As a result WiFi is a pretty important part of the overall smartphone experience. In the case of the iPhone 6s, the major change from the iPhone 6 is that rather than single stream 802.11ac, the iPhone 6s now has dual spatial stream 802.11ac. This increases the maximum physical link rate to 867 Mbps. There’s been some confusion over what’s used for the WiFi chipset, and as far as I can tell this is definitely a Broadcom solution, which is identified as BCM4350 in the system judging by the device ID. This chipset is shared with the Macbook, which is probably helpful for driver development. In order to test how well this performs, we use iperf2 in UDP mode to attempt to determine maximum practical bandwidth. It’s worth noting here that the iperf2 ports on iOS are still amazingly buggy though, so these results are no guarantee as far as I can tell. 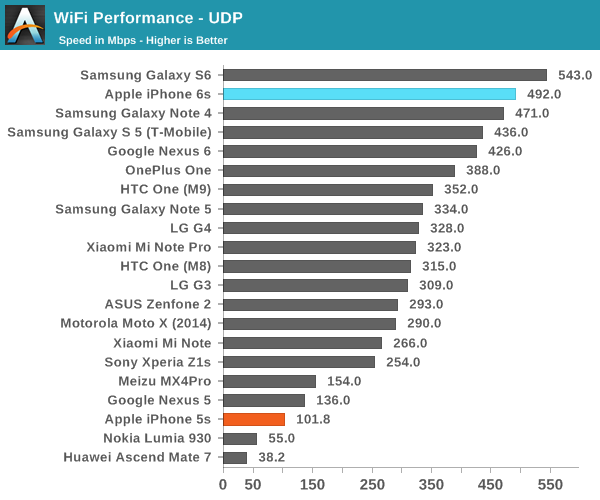 Interestingly enough, for whatever reason the iPhone 6s holds a minor lead over most of the other devices in this test. I’m not sure what’s causing this, but in practice I found that WiFi on the iPhone 6s worked without any noticeable issues. Reception is noticeably improved when compared to the iPhone 6 due to the addition of a second spatial stream which means that throughput at the same distance is higher.

Accurate location is often critical to a number of popular applications for smartphones like any kind of navigation or mapping application, which is going to be an incredibly painful experience if the GNSS system in the phone has poor sensitivity to the signals used in the various GNSS systems available today. Although I have no hard evidence to go on, given the use of a Qualcomm modem in this phone I strongly suspect that this phone is using Qualcomm's IZat location services. I would normally run some cursory testing here with a GPS test application, but because iOS offers no way to clear assistance data and location services are disabled if there is no prior connection to download assistance data, there's no way to do the usual cold lock testing. 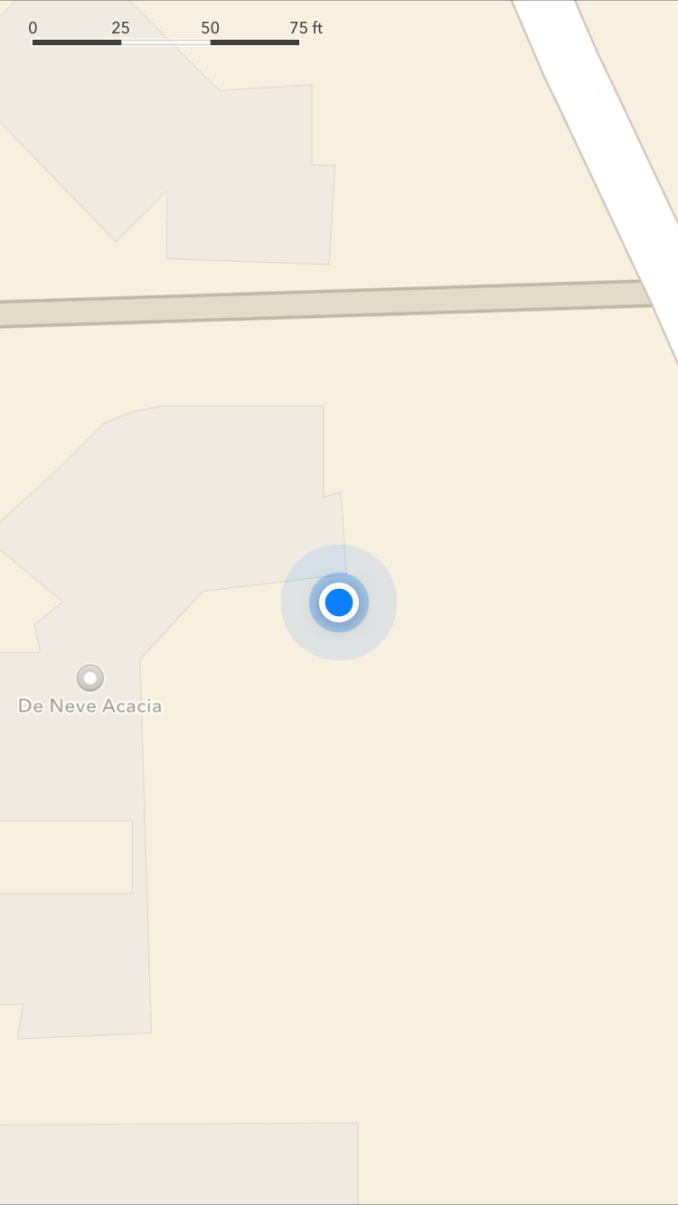 A warm lock in which connection was immediately established to begin downloading assistance data achieved lock within 15 seconds, and in general I've never had issues with location services in the iPhone 6s in my time using it.

Over the course of the review, there are a lot of various bits and pieces that I learn about a phone that might be of interest, but aren’t necessarily examined in intense depth because of either limitations in our testing or the issue of interest isn’t significant enough to examine closely. For example, the fuel gauge appears to be a TI design win as there are references to a BQ27540 chip. The A9 SoC also contains a dedicated AES accelerator for things like full disk encryption and FairPlay DRM. The display backlight appears to use the TI LM3539 driver, but other evidence within the system suggests that this isn’t the only backlight driver for the display.

On the audio side of things, although I haven’t been able to do deep investigations into audio quality it appears in the system that the audio codec used is Cirrus Logic’s CS42L71 which also appears to be responsible for microphone input. However, instead of using an amplified on the audio codec a dedicated amp is used for the speaker, which appears to be a Cirrus Logic CS35L21. Subjectively, the speaker sounds pretty similar to the iPhone 6, but at the high end of the volume range it feels like volume was increased while also increasing distortion. Turning down the volume to a comparable level makes both sound pretty much the same.