Now that we’ve discussed the user experience and still image quality we can start to compare the end result after taking photos. For those unfamiliar with how we test photos, we rely on a combination of controlled lighting tests and relative real-world comparative tests. In the interest of better-controlled testing I’m hoping to make a move towards more controlled testing in the future but for now relative comparisons in mostly identical conditions should give a pretty good idea for what to expect from a camera. 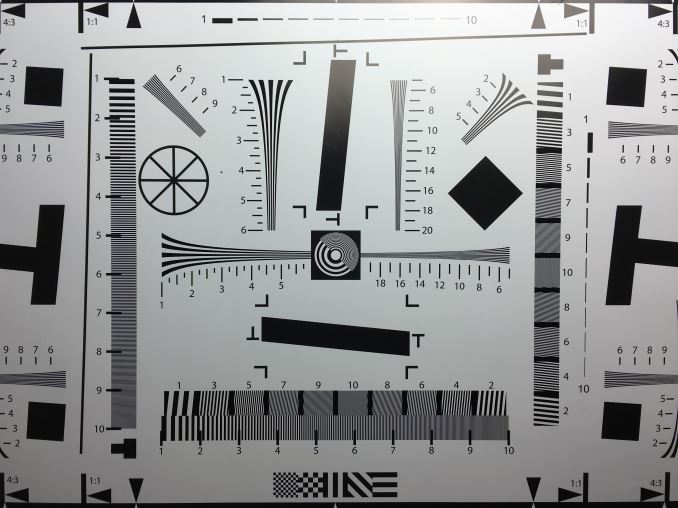 Looking at our standard resolution test, the iPhone 6s has visibly more detail than the iPhone 6, but we're basically looking at the ideal case here. Both phones have some noticeable haloing around high-contrast edges to enhance perceived sharpness but the iPhone 6s manages to keep smoother edges in the image and less distortion of the closely spaced line pairs in the center of the image. Given how subtle some of these changes are I suspect that in real-world situations it would be difficult to tell the difference between the iPhone 6s and iPhone 6 for overall image detail. 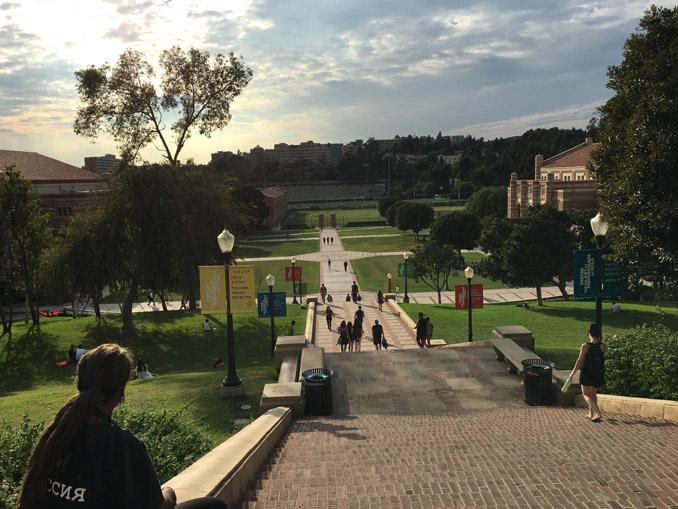 Our first real-world test is a daytime shot. Compared to something like the iPhone 6 in this test, oddly enough there isn’t a huge improvement, which suggests that either that noise reduction is reducing overall detail in the image or that the optics are actually the limiting factor in resolution. The Note 5 does hold an advantage here by virtue of larger sensor size and just more pixels to work with. However when compared to some of the other phones on the market like the One M9 Apple actually manages to produce a better image despite their sensor size deficit and pixel count deficit.

The same scene with HDR enabled shows that Apple is relatively conservative when it comes to how strong they make their HDR effects. Once again something like the Note 5 is clearly better here when it comes to detail and overall dynamic range, but Samsung does push a bit too far when you look at some shadows as the trees in the left half of the image have noticeable color artifacts. Interestingly enough, LG is the clear leader here when it comes to dynamic range and detail but they do have a problem with some excessive sharpening and some color artifacts when we look at some really extreme long distance detail. Apple does need to improve HDR here, as the latency for an HDR photo is quite long and the difference between HDR on and off is rather subtle in situations where it shouldn't be subtle. 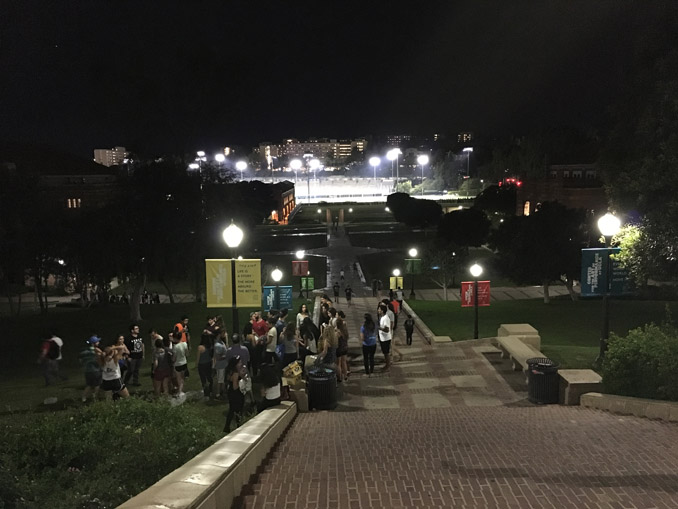 Moving on to the same scene shot in low light, it’s almost kind of shocking to say this but the iPhone 6s is better than the iPhone 6 here in low light. However, this does come at the cost of more visible luminance noise which suggests that we’re looking mostly at differences in post-processing. The same is true of the iPhone 6s Plus when compared to the iPhone 6 Plus, which is kind of surprising but given that in low light we’re mostly limited by the sensor rather than the available light it makes sense that sensor-level improvements eliminate the disadvantages associated with small pixel sizes.

Relative to the Galaxy Note 5, the iPhone 6s Plus is pretty close here but the Note 5 does have an edge in detail. However, the post-processing has noticeably more artifacts such as the odd streak on the left side of the image which is due to stray light. The iPhone 6s Plus also does a better job of freezing motion of the people walking on the stairs, which is likely due to their image combination techniques to reduce motion blur that would otherwise be evident due to the long exposures used. The G4 might look better to some people but detail is similar to the iPhone 6s Plus with the motion blur of the Note 5, so it ends up behind both.

In the interest of gathering more data points for low light camera performance, I decided to try and find a relatively uniform low light scene that stresses detail more strongly. Here, once again the iPhone 6s and 6 are pretty similar but the iPhone 6s has better detail at the expense of more noise. Relative to the iPhone 6 Plus, the iPhone 6s Plus ends up with better detail as well. The iPhone 6s Plus is actually arguably better than the Note 5 here by virtue of more accurate color and better details. For whatever reason in some very low contrast areas Samsung is just blurring away details in their post-processing that Apple is retaining. The ground is clearly more detailed as well. This seems counter-intuitive but this is really just Apple’s processing here as they’re getting away with an absurdly long exposure time without the associated motion blur that you might expect from a quarter second exposure. Once again, the LG G4 actually manages to beat the Note 5 and iPhone 6s Plus in absolute detail here despite the much higher sensor gain selected for this scene. The OnePlus 2 in this scene looks pretty similar to the iPhone 6s Plus, but with more color noise and a bit more blur at 100%.

In the interest of breaking things down even more, I decided to do one last low light test scene which is really more designed to see what motion blur occurs in low light than anything else. This is far from scientific but the iPhone 6s and 6s Plus are once again effectively equivalent at freezing motion, while the Note 5, G4, and almost every other phone I attempted to test this scene with is visibly worse at this. Weirdly enough, even though the Moto X 2014 and iPhone 6s are using the same shutter speed the iPhone appears to do a better job of maintaining detail. This is likely due to changes in image processing on the software side to try and reduce the effects but this is a rough estimate as I can’t control precisely how fast pedestrians and traffic move in this scene.

Overall, the iPhone 6s and 6s Plus are pretty consistently good cameras. In some ways Apple is losing out in raw detail for photos because they went with a smaller sensor size than most, but in general color reproduction, post-processing, and low light photo quality and overall camera UX Apple is leading quite strongly. To some extent, I would say that the Galaxy Note 5 and LG G4 are better in daytime just by virtue of their larger sensors, but in low light I would argue the iPhone 6s Plus is better by virtue of its ability to freeze motion while remaining competitive with the Note 5 and G4 for detail. The iPhone 6s by comparison is at least a few steps behind due to its lack of OIS, but this really only starts to matter when you hit the limits of the 2000 ISO and 1/15s exposure for a scene as the iPhone 6s Plus can push up to 2000 ISO and a 1/4s exposure.