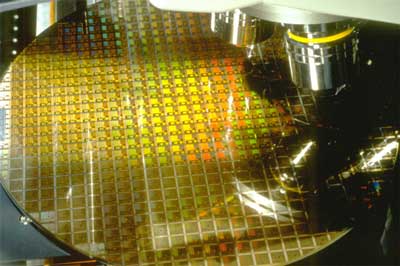 The yields on 0.13-micron NV30 chips aren't high at all unfortunately; currently yields are between 10 and 20%, meaning that for every 10 chips made, only 1 or 2 are actually functional. Once again, to put things into perspective, neither AMD nor Intel would ever produce and ship silicon with yields as low as 3 - 4 times that. Even Intel's largest chips that already rival these GPUs in transistor counts have much higher yields.

The enthusiast graphics market is a bit different than the mass production CPU market, and these yields are considered to be "acceptable" by NVIDIA. Less than 5% of the graphics market wants chips like the R300 or NV30, so it is entirely possible for a company like NVIDIA to produce these chips at very low yields in order to maintain technology leadership. We've already seen how quickly the tides can turn in the graphics market, companies that were once kings of the industry are rarely spoken of; if you can't deliver in this industry then the market has no problem casting you aside, all it takes is one missed product cycle and you're a goner.

TSMC will be able to produce enough wafers to provide enough functional NV30 GPUs to meet demand, but with yields in the 10 - 20% range it will be a very expensive chip to produce initially. NVIDIA will have to do whatever it takes however, since they will be moving to a product-line similar to ATI's strategy with the R300. Just as the Radeon 9500 is a scaled down version of the Radeon 9700 Pro to cater to the $199 - $299 segment, NVIDIA will have a similar solution derived from the NV30 early next year. Both companies will then spin off a third derivative of their respective cores to meet the demands of the $100 - $199 price tier into the second quarter of 2003.

If NV30 is pushed back too far, the first half of NVIDIA's strategy for 2003 would have to be seriously altered, which is why NVIDIA is adamant about a 2002 launch for NV30. Because of very low initial yields, NV30 will most likely be a very short lived part before it is replaced with a much more mature 0.13-micron part in the Spring of next year.