Three months ago we saw the Athlon XP fall from it's position as top dog in the CPU world. It was then that the 533MHz FSB Pentium 4 processors were revealed. Two chips came out that day, the 2.4B GHz and the 2.53GHz. We found that even the Athlon XP 2200+ running at 1.80GHz did not have enough oomph to keep up with either of these speed demons. When we were looking to build our high-end gaming system, going with one of the new 533FSB Pentium 4 solutions only made sense.

We had an easy time deciding between the 2.4B GHz chip and the 2.53GHz one as soon as we looked at prices. The 2.4B rang in at a fairly pricey $340 this week (shedding only $5 from last week). This wasn't so bad when we compared it to the 2.53's $513 price tag. There is no question that the money saved by going down a mere 133MHz in clock speed would be better spent elsewhere. Even with the slower 2.4B chip, this system will be able to go head to head with almost anything else out there.

To be safe we decided to choose between one of Intel's own 533FSB chipset offerings. This left us deciding between the 845E, the 845G, 845GL, and the 850E. When push came to shove we decided upon the 845E chipset for our high-end gaming system. This was decided upon for a number of reasons. First off, we stayed away from the SiS and VIA solutions because we wanted the utmost stability in our system. Intel's track record is historically much better than either of these chipset manufacturers. Although we have not had any problems with the SiS 645DX or VIA P4X333 chipsets, we still decided to play it safe.

Next we were able to eliminate the 850E as a potential solution simply because of cost. Not only are 850E motherboards more expensive and harder to come by than 845 series motherboards, RDRAM prices remain higher than their DDR SDRAM counterparts. Finally we were able to decide upon the 845E because of the fact that we really had no need for the integrated graphics on the 845G and 845GL series chipsets. On a high-end gaming machine such as this, our focus is in 3D graphics. We can therefore rule out any integrated graphics solutions on the market.

Why did we go with the Gigabyte 8IEXP? Our latest Intel 845E roundup tells us why. As that review concludes: "We think the 8IEXP offers the best combination of features, performance, build quality, and price out of the eleven 845E motherboards we tested." In fact, we liked the Gigabyte 8IEXP so much that we gave it the AnandTech Editors Choice Gold Award. The price, at $130, is not bad either. 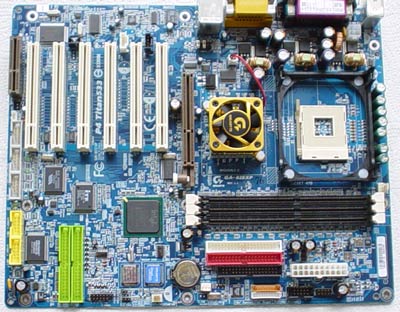 Read up on the 845E here and check out the roundup while you are at it.

One of the least expensive higher quality memory providers we were able to find this week was Mushkin. Currently a single 512MB stick of Mushkin Basic PC2100 RAM costs $109 ($6 less expensive than last week's price for the same memory). As usual, you can go with any brand name memory you want as long as the price is good. We do caution you to stay away from the small-time memory producers as the problems you can run into are far more costly than the $20 or $30 it costs to go with Mushkin, Crucial, Kingston, or the like.

We do have a word of caution for those in the market for a high-end gaming system in the next few weeks. It may be worth your time and money to hold off a few weeks before putting your money into a new system. We say this because the ATI Radeon 9700 Pro cards should be hitting the shelves of some retailers before the end of this month. As we saw in our Radeon 9700 review, the chip not only has the potential to beat the NVIDIA GeForce4 Ti 4600 but to completely dominate it. Plus, the suggested retail price of the card is said to be $399, meaning that the street price of the Radeon 9700 should not be much more expensive than the Gainward card we chose to go in our high-end gaming system this week. Although being patient is hard, in this instance we think it may be in your best interest. 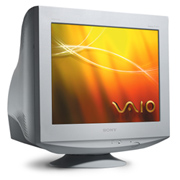 Let's start by saying that you are safe going with any quality 21" monitor from a large monitor manufacturer. With that said, we choose the Sony StylePro CPD-E540 21" monitor for really any high-end machine. The perfectly flat Trinitron tube monitor offers a maximum resolution of 1920x1440 and has a 0.24mm aperature grille pitch. We have had very good experience with the high end Sony CRT displays and we suspect that the CPD-E540 will fit in perfectly. Text will be clear, colors bright, and resolution superb: all the itmes you need to make the most out of your gaming expirence.

We are still a bit hesitant to recommend an LCD display for those looking to do some serious gaming. Even some of today's best LCD monitors suffer from fairly distracting streaking and ghosting. For this reason we would steer those specing out a gaming system away form LCD displays, especially when high framerates are of utmost concern. The truth is that a CRT will most likely do a better job keeping up with your hardware.

Naturally, we have not had a chance to test every LCD out there and undoubtedly some exist that perform fairly well under gaming situations. Try asking some of our forums members what their gaming experience has been like on their LCD monitors.