Unlike the more flexible ATX solutions, the SilverStone SX600-G SFX PSU is a rather narrowly focused product, designed for a very specific group of users. Frankly, the number of users that would even want a 600 Watt PSU inside their tiny desktop/SFF case is very small, let alone the number of those users who could use that much power given the component limitations imposed by such small case dimensions. Which is not to say that there's not a place for a 600W SFX PSU, only that it's definitely a niche role on the whole.

Unsurprisingly then, for this 600W unit SilverStone is trying to expand their customer base a little bit with the inclusion of the SFX to ATX frame adapter. After all, even if a small form factor case can take a full size ATX PSU, a very compact design might benefit from the presence of a smaller SFX PSU. Unfortunately in trying to serve two masters, Silverstone's included modular cables are still designed first and foremost for the smaller SFX form factor, meaning that they don't offer much slack for actually reaching an ATX motherboard. We fell victim to this as well, during our recent review of SilverStone's own Fortress FT05. Despite the small proportions of the case, the CPU power connector could not get anywhere close the motherboard header. 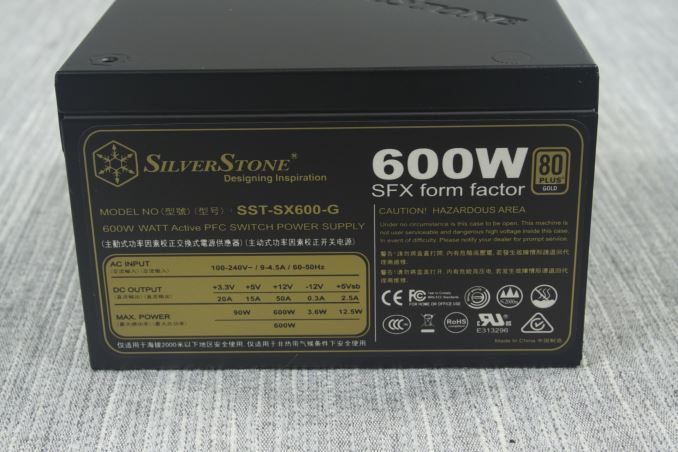 Meanwhile when it comes to performance, it would be entirely unfair to compare the SilverStone SX600-G to any ATX PSU and, frankly, we do not have enough data to compare it against any other SFX PSU either. High performance SFX PSUs are quite rare, and most are built by Enhance anyway.

What we can point out however is that the SilverStone SX600-G SFX struggles to deliver its maximum power output inside a hot environment and, unlike a good gaming tower case, we do expect a small desktop/SSF case to get rather warm given the lack of airflow in most home A/V cabinets. In a hot, enclosed space, the PSU struggles to meet its efficiency certification levels and the power quality is, to put it mildly, not good. As one might expect noise levels in hot conditions are not very good either, as the included 80mm fan has to work rather hard to keep component temperatures in check.

What this means is that the SX600-G is not a very forgiving PSU. If put in a well ventilated room temperature environment the PSU does well enough, you just need good ventilation to start with. Particularly if driven to its full capacity, great care needs to be taken to make sure that the SX600-G and the system it's placed in are well ventilated in order to get suitable performance out of the PSU (and likely the rest of the system as well)

Ultimately there were clearly some tradeoffs made to get a 600W PSU into such a small form factor design, with ambient temperature sensitivity being chief among them. If we were to compare its performance with an average ATX PSU retailing for half the price, the SX600-G clearly falls short. It is not however made to be compared to ATX units, and rather this is one of the highest outputs you can get in the SFX form factor. 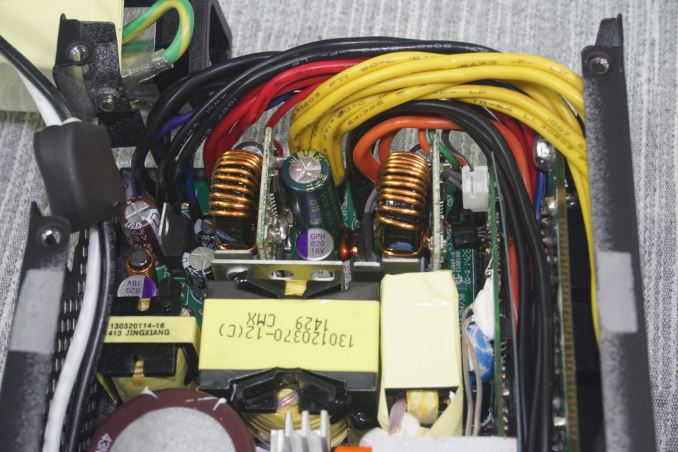 Of course, the number of suppliers means very little. The fact that many of them are not exactly favorites among enthusiasts however, does. Most of those versed in power electronics would agree that products from, for example, Su'Scon and Elite, are not exactly ideal for what is supposed to be a high performance $130 product. For what amounts to a premium retail price, one would expect better quality. Then again, we can only imagine what it would do to the already premium price of the PSU if Silverstone went with even more expensive top class components.

Wrapping things up, although it's not perfect, the SilverStone SX600-G SFX PSU is still going to be the PSU of choice for those that need a high power output inside a very confined environment. It comes at the steep price of $130 including shipping, but there is virtually no other product that can match its power output in such a small size. But with that said, this is a PSU best reserved for SFX form factor users. If a case can accept a normal ATX PSU, an ATX PSU is probably the better and cheaper option.