Changing the Way You Interact With Your PC: Meet Cortana

Digital personal assistants have graced our smartphones for a couple of years now. Traditionally, computers reacted to specific commands. Double click to open calendar. Select tomorrow. Right click. New. Reminder. Meeting about mortgage. At the bank. 3pm. Save. It’s the way it has always been, because as fast as computers are at certain tasks, they don’t speak any languages other than the commands that they know. Google Now, Siri, and Cortana on Windows Phone have allowed us a glimpse at natural language input on mobile devices, Microsoft is extending that functionality to all Windows 10 PCs with Cortana now available on the PC as well..

“Hey Cortana, remind me to go to the bank at 3pm tomorrow for my mortgage” 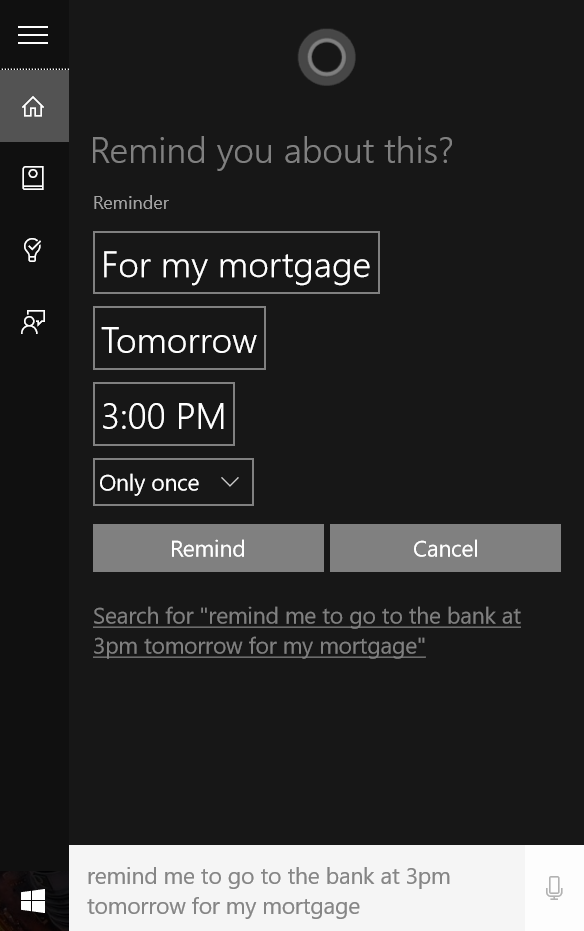 There is nothing you can do with Cortana that you could not have done manually yourself, but the goal of these digital assistants is to make certain tasks easier. At the moment, Cortana is certainly not an AI being, and as such, is still limited in what commands are possible. Anything that falls outside of the features of Cortana end up in a web search. For a full list of commands, ask Cortana for help and a list will appear. Cortana is able to do contextual searches and replies too, and can respond to follow up questions without having to restate the original question again. 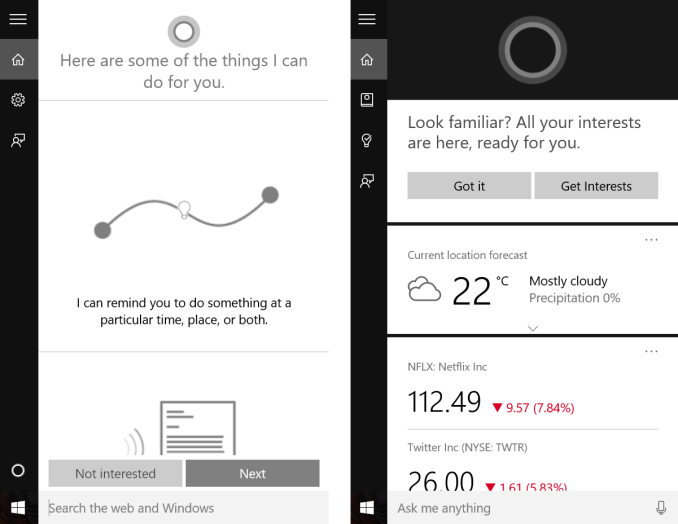 You can use Cortana to search for what music is playing, track your flights, set appointments, give directions, and more. Over time, this will also expand to offer more functionality.

Cortana will of course respond to speech inputs, and can even be set to always be listening for Hey Cortana much like you see on smartphones these days, but it is also just as capable with text based input, and it is smart enough to know that if you talk to it, it can reply in audio, but if you type something in, it will reply with a text response.

Sitting at your desktop, you may be thinking that you don’t need or want this on your PC, since you have it on your phone. If you are someone who uses your PC for any amount of time, being able to type in quick reminders or check calendar appointments can be a great feature. Cortana is also proactive, and knows your appointments and can remind you that you need to leave. Once again there is nothing new here, since smartphones already have this functionality, but for those of us who spend a lot of time at a PC during a day, it is very nice to have this.

I think one of the untapped potentials of Cortana will evolve over time. Microsoft has been pushing to add Cortana support to iOS and Android, and while you may feel that effort is in vain because they already have their own integrated personal assistants, Cortana will be the link between any of your devices. You can set reminders on your PC but if you are out at the gas station with your Android phone, you’ll get notified. Cortana also supports geo-fencing, so you can tell it to remind you to do something the next time you are at a location, and that will work from the desktop to the phone as well, no matter what phone you use.

The one major issue with Cortana at the moment is just how limited it’s deployment is. Microsoft is tuning Cortana to each region where Windows is available, and as such it is only available in seven countries right now, with the U.S., UK, China, France, Italy, Germany and Spain being available at launch. More countries will be coming online in the next couple of months. By tuning the experience to each location, they can ensure that the experience fits in with the culture which varies so greatly across the globe. 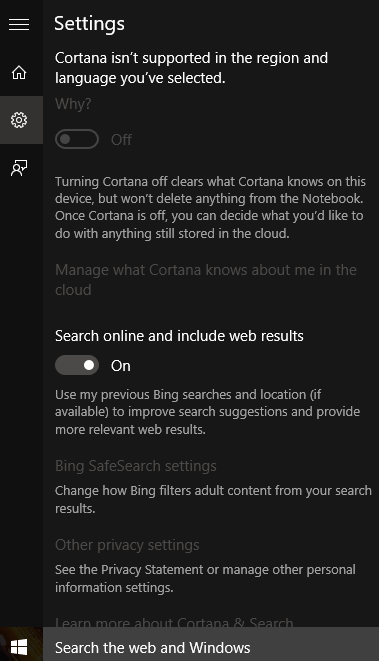 I have only had a small glimpse of Cortana on the desktop, although I have used it quite a bit on my phone, because being from Canada I am on the list of countries waiting. But that small glimpse, as well as the integration of Cortana with the rest of the system, shows that Cortana might be one of the most important additions to Windows in this release.