When Motorola launched the 2014 Moto G I felt that it was something of a sidegrade rather than a straight upgrade. The larger display size wasn't accompanied by an increase in resolution, but it did come with improvements to color accuracy. The cameras also received an upgrade, and you got a microSD slot, but every other aspect of the device was unchanged. The 2015 Moto G really feels like the first major upgrade to the phone since the original version launched in 2013. 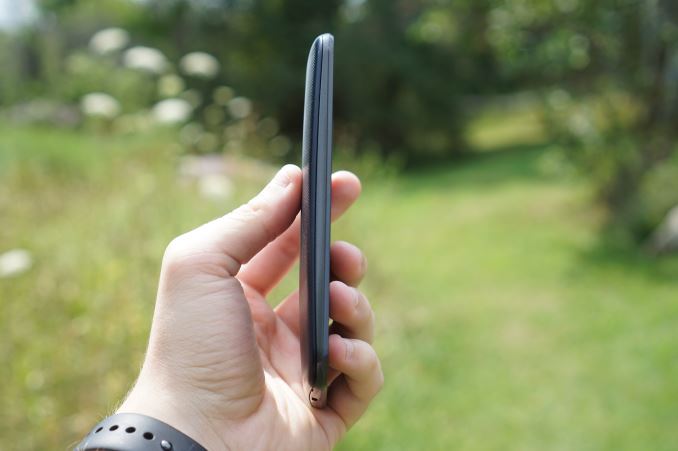 As far as design and build quality goes, if you're a fan of Motorola's industrial design you'll like the 2015 Moto G, and if you don't like it your mind isn't likely to be changed by it. I think the Moto G has a good feel in the hand and it's not as slippery as the Moto E because of the textured back. The flex around the edges is difficult for me to ignore though, especially when the less expensive Moto E with its non removable back feels much more solid as a result. The waterproofing is definitely a neat addition, but I think in most cases it's just a nice thing to have rather than a selling point. Once waterproofing is accompanied by the ability to use the display when it's really wet I'll be a lot more interested in it. 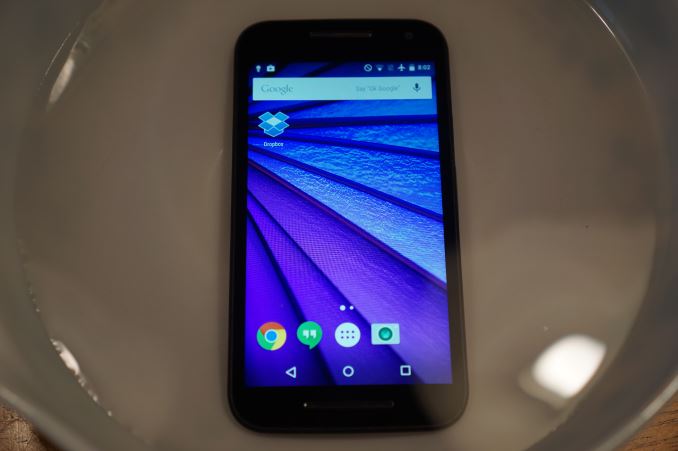 Speaking of the display, that's one of the areas of the Moto G that disappointed me. The improvement to brightness over the 2014 model is greatly appreciated, but it's still quite reflective and the capacitive touch sensors show up very easily in light which makes it difficult to use outdoors. The calibration also takes a hit in every respect, and unfortunately I would have to describe the 2015 Moto G's display as an overall downgrade from the 2014 model.

When it comes to performance, the 1.4GHz Snapdragon 410 paired with 2GB of RAM is a definite improvement over the 1.2GHz implementation with 1GB of RAM in the Moto E. In fact, CPU performance is almost as fast as devices that use the 1.5GHz version of Snapdragon 615 such as the Huawei P8 Lite. Unfortunately, the Adreno 306 GPU is not very fast to say the least, and that leaves a graphics performance gap between the Moto G and Snapdragon 615 devices. The Zenfone 2 is also a device to consider, with approximately the same price as the 16GB/2GB model of the Moto G, a better display, and significantly higher performance. 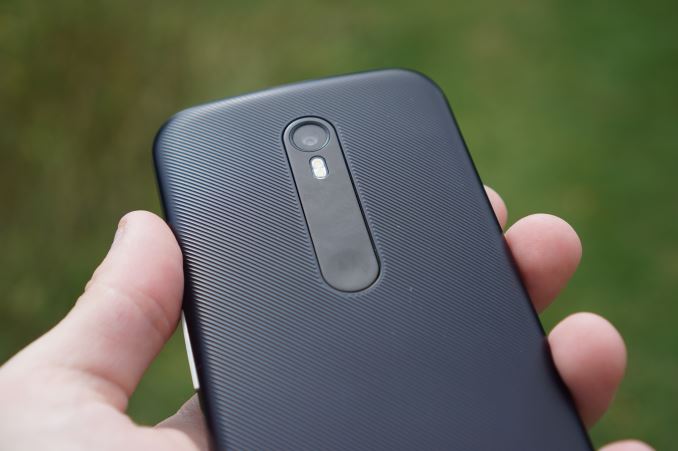 While the Zenfone 2 is definitely a faster device than the Moto G, it falls short when it comes to the quality of photos and videos. In fact, I think that the new rear camera in the Moto G is one of its most substantial improvements. IMX214 was a good camera sensor in the Nexus 6, and it's even more impressive to see in a device that starts at $179. Comparisons between the two devices definitely highlights a gap in ISP performance, particularly when examining video quality, but I think the Moto G has the best camera when compared to other mid range devices that I've used.

The last important aspect of the new Moto G to consider is its battery life. While it's certainly not as fast as a device like the Zenfone 2, it has outstanding battery life in a variety of scenarios. It's unfortunate that battery life in heavy CPU workloads is hampered by the high leakage of the 28nm LP process, but in the sort of tasks Moto G users will be performing the battery life is longer than any other mid range phone, and is often twice as long as the Zenfone 2. 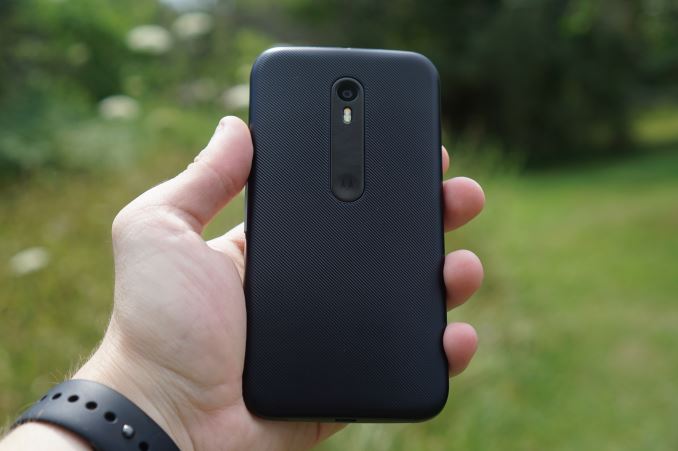 This ends up presenting buyers with a choice. One can opt for the larger, faster Zenfone 2 with its better display, but they lose out on camera quality and battery life. If one chooses the Moto G, they sacrifice performance and display resolution for a smaller device with much longer battery life and a camera that is on a completely different level. While users all have different preferences for the features that are important to them, I think whether they choose the Moto G or a device like the Zenfone 2 depends on how much battery life they need.

In the end, I think as far as conventional mid range devices goes there's no competition for the Moto G. The construction and the camera are good, the performance is the best of an ARM device at this price point, and the battery life is amazing. If you feel that the Moto G's performance isn't fast enough for you then the Zenfone 2 is definitely a device to consider, but I think the Moto G strikes a good balance of performance, features, and battery life, and ends up being the best choice for the average buyer looking to buy a mid range smartphone.