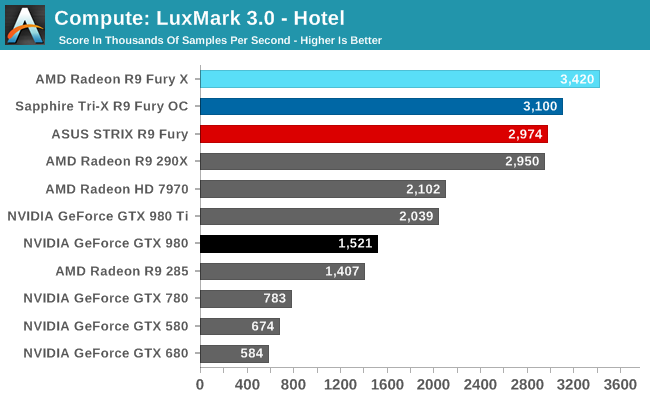 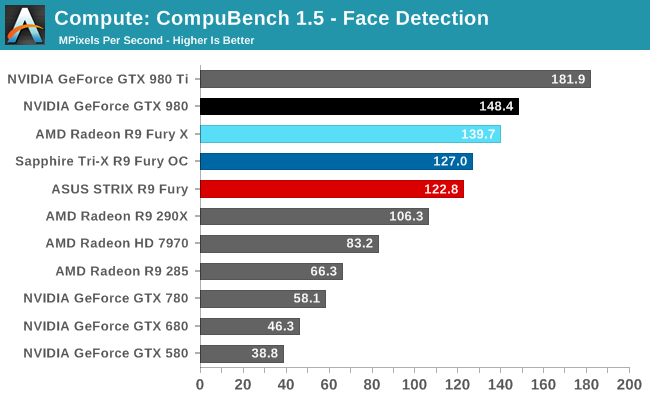 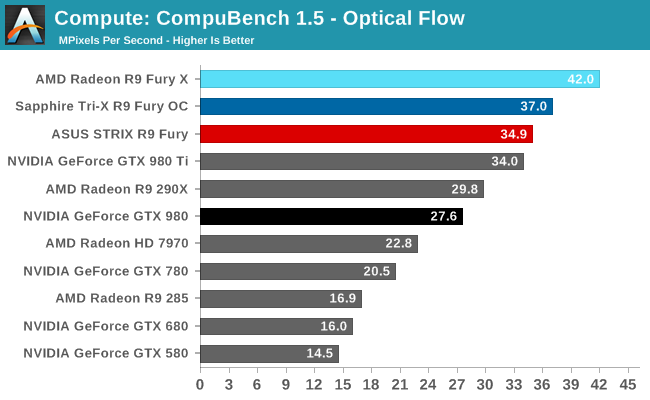 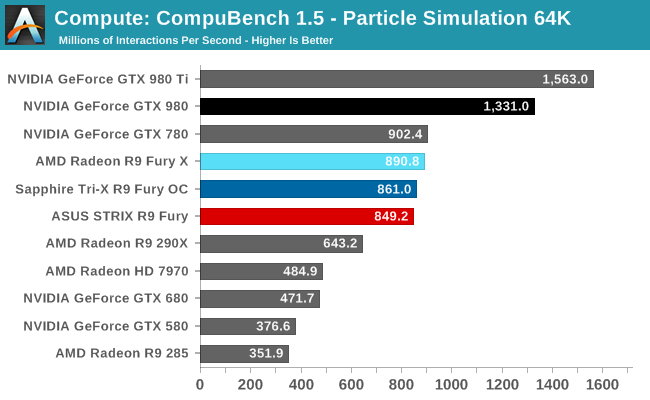 Not unlike LuxMark, tests where the R9 Fury X did well have the R9 Fury doing well too, particularly the optical flow sub-benchmark. The drop-off in that benchmark and face detection is about what we’d expect for losing 1/8th of Fiji’s CUs. On the other hand the particle simulation benchmark is hardly fazed beyond the clockspeed drop, indicating that the bottleneck lies elsewhere. 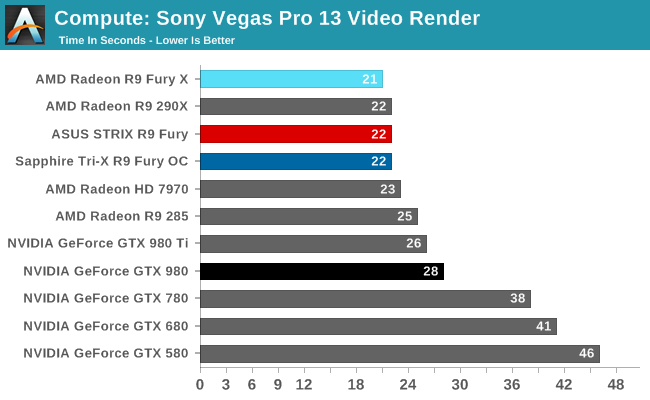 At this point Vegas is becoming increasingly CPU-bound and will be due for replacement. The R9 Fury comes in one second behind the chart-topping R9 Fury X, at 22 seconds. 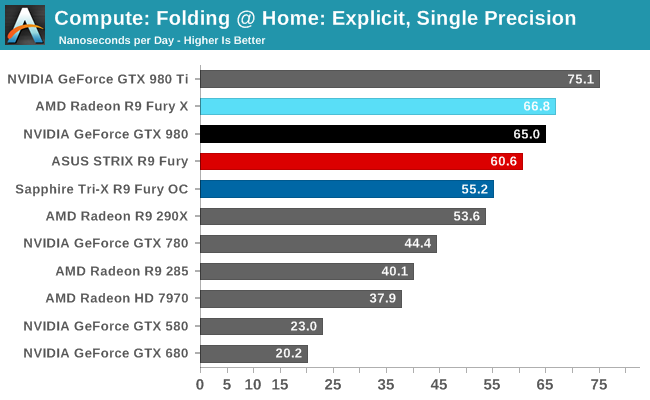 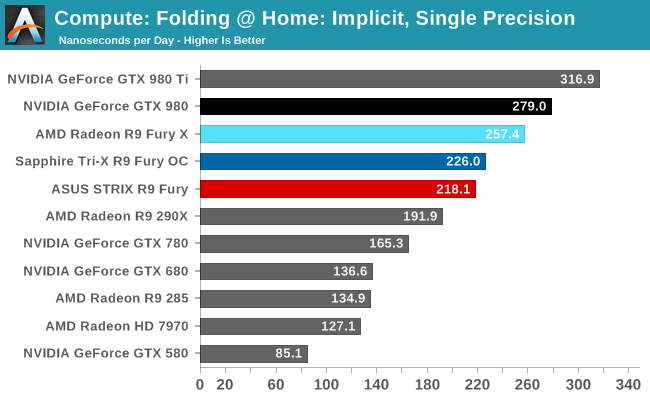 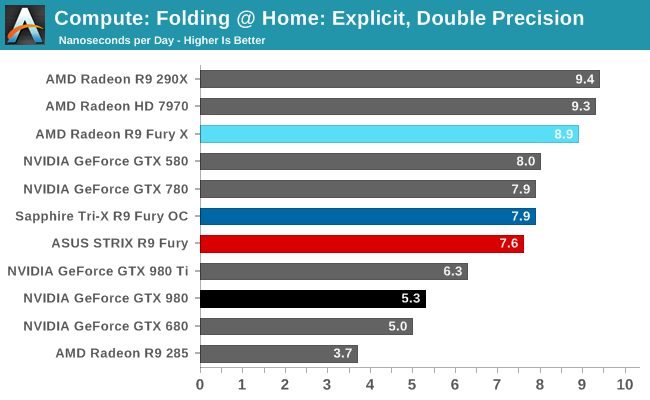 Overall while the R9 Fury doesn’t have to aim quite as high given its weaker GTX 980 competition, FAHBench still stresses the Radeon cards. Under single precision tests the GTX 980 pulls ahead, only surpassed under double precision thanks to NVIDIA’s weaker FP64 performance. 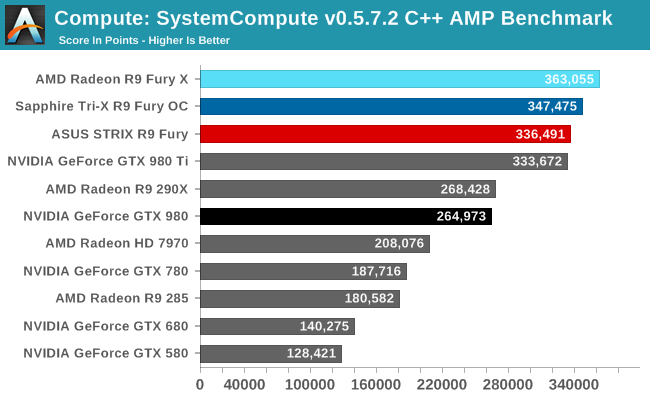 As with our other tests the R9 Fury loses some performance on our C++ AMP benchmark relative to the R9 Fury X, but only around 8%. As a result it’s competitive with the GTX 980 Ti here, blowing well past the GTX 980.