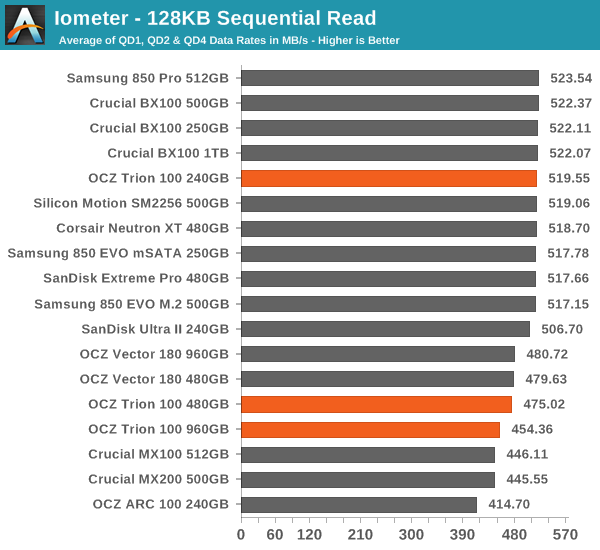 Fortunately sequential read performance is better than random, although for some reason the performance decreases as the capacity goes up. It seems like the controller may have trouble keeping up with the increasing number of LBAs to track, or frankly it could be just poor optimization too because the Neutron XT has no similar performance issues despite the similar underlying architecture. Another explanation could be increased latency from higher density NAND packages as there is some performance penalty due to longer wiring, although Samsung doesn't have any performance issues with its high density packages. 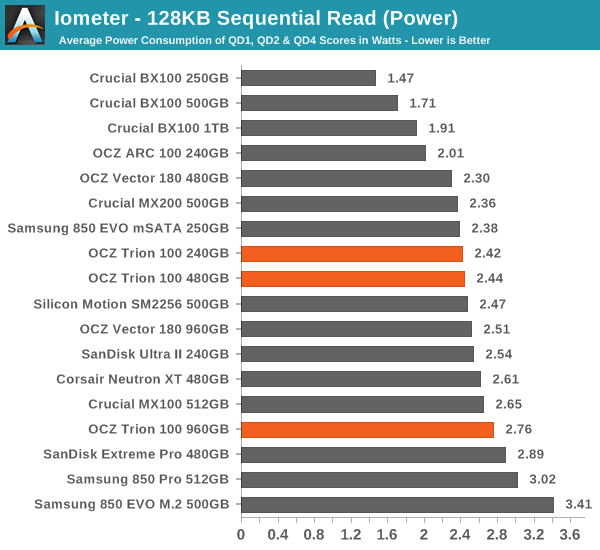 Unlike the performance, power consumption does go up with capacity, making the higher capacities less efficient.

The reason for poor performance lies in bad scaling because it takes a queue depth of 16 until the 480GB and 960GB models reach their peak performance. 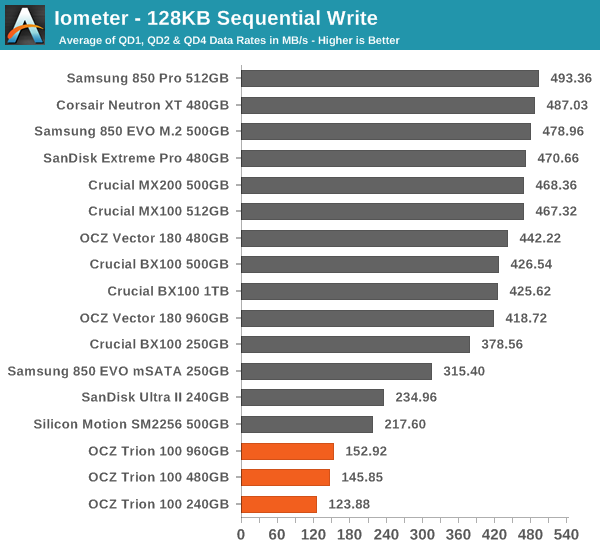 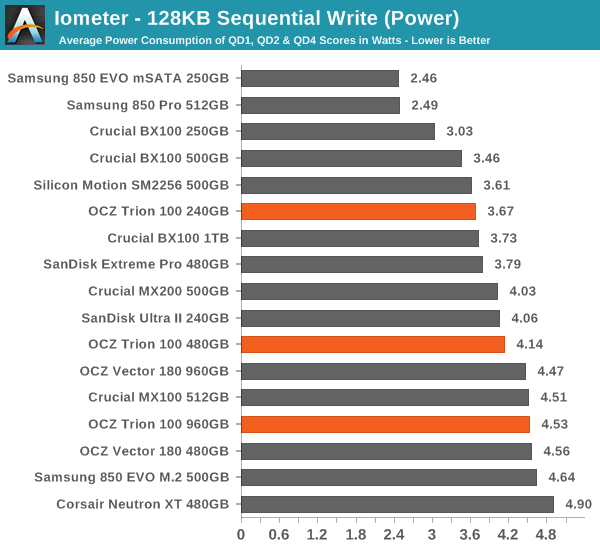 Power is again pretty high, though, especially when considering the performance against other drives.