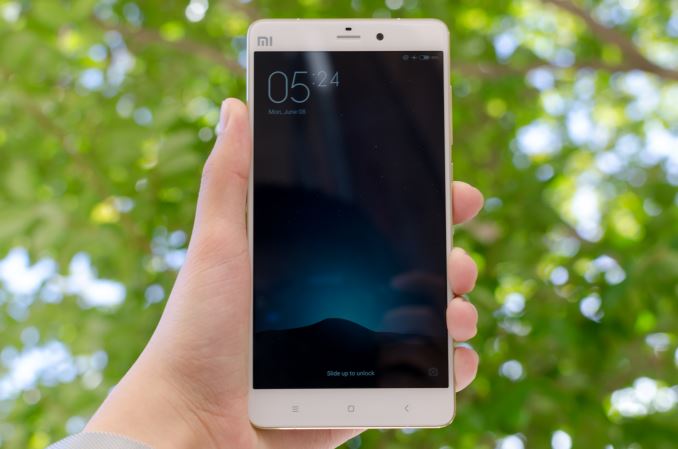 Xiaomi has been a significant part of the Android ecosystem for a number of years - even before they had ever launched a phone, they were already getting some level of attention from XDA-Developers and other custom ROM communities in the form of ports for MIUI. The launch of the Mi1 smartphone went almost unnoticed in places like the US, and compared to something like the Galaxy S2 at the time there wasn’t all that much to be amazed by other than price. However, the launch of the Mi2 was notable as it was the first smartphone to launch with Qualcomm’s Snapdragon S4 Pro with quad core Krait CPU and Adreno 320 GPU. Although the baseline specifications of the phone were amazing, the truly incredible part was the price at 1999 RMB or 315 USD at the time. The Xiaomi Mi line has continued to develop, with high end hardware at a mid-range price. In the past 4 years, we've continued to notice how Xiaomi seems to always follow this same pattern. This brings us to the Xiaomi Mi Note Pro and Mi Note, which represent Xiaomi’s attempt to conquer the phablet market with this formula.

The Mi Note and Mi Note Pro have the same industrial design (dimensions, weight), but differ in specifications to represent different price bands of product. They weigh in as follows:

Immediately, we can see that the Mi Note Pro is clearly targeted for a more high-end audience than the Mi Note, as the Mi Note Pro has a higher resolution 1440p display along with a more expensive Snapdragon 810 SoC and 4GB of RAM. The Mi Note by comparison has a 1080p display, Snapdragon 801 SoC, and 3GB of RAM to make the device cheaper. Both have the same design, dimensions, cameras, battery (90 mAh difference in favor on the Pro), and various other high level specs. The Mi Note Pro at a high level is par for the course for high end smartphones. At 299 RMB/470 USD, it noticeably undercuts other flagships in this category by about 230 dollars or more.

As always, one of the most immediate things about any smartphone will always be the design. Even before you turn the phone on, it’s possible to form an opinion about how a phone feels ergonomically. Going even further, just looking at a device render or some press photos is often enough for people to start forming opinions about the industrial design of a phone or tablet. In many ways, this is one of the most important parts of any device though, as poor design can make a device unbearable to use. In the case of the Mi Note and Mi Note Pro, which both share the same chassis, we see a significantly evolved version of the Mi4 design. 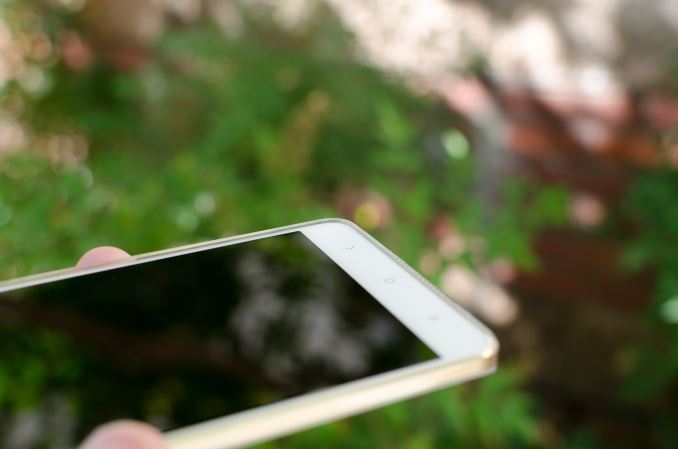 Starting from the front of the phone, this lineage is clear. The top left side of the phone has the Xiaomi logo, which seems to be a staple of Xiaomi phones. The earpiece is slightly sunk into the glass, with a proximity/ambient light sensor directly above it, and the front facing camera to the right of the earpiece. The vast majority of the front face is display, but the capacitive buttons are directly below the display. Like all of their previous phones, these buttons are menu/home/back, but in the case of the Mi Note and Mi Note Pro the menu button is actually a multitasking button. Although I suspect that the menu button is kept out of tradition or something similar, Xiaomi should probably change the icon to a multitasking icon to make things less confusing. The edges of the glass that covers almost all of the front face is also rounded at the edges, which means that edge swipes feel smooth and seamless. However, this does affect glass lens durability as drops to the front face of the phone are more likely to shatter the glass lens. 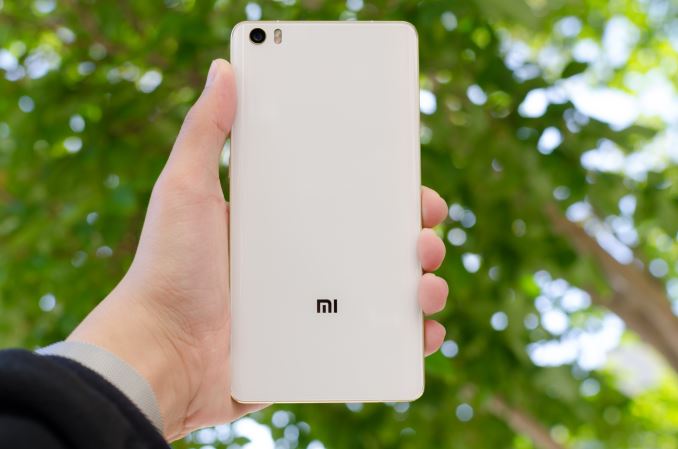 Moving on to the back of the phone, the Mi Note line has a camera and a dual LED flash on the top left of the phone. Other than some logos and regulatory information, this is otherwise just an expanse of glass that curves significantly at the edges. Rather than just curving the top surface like the display glass, the back cover glass has a bend throughout the glass near the left and right edges. This makes for a noticeably more comfortable feel in the hand. However, this basically means that the phone is even closer to all-glass than devices like the Xperia Z3. Combined with the lack of camera hump, this makes the Mi Note line incredibly adept at falling off of flat tables. Out of all the phones I’ve reviewed so far, I don’t think I’ve ever had a phone as prone to sliding off of tables as the Mi Note and Mi Note Pro. I would definitely invest in a thin TPU case or something similar if I were to buy this phone. 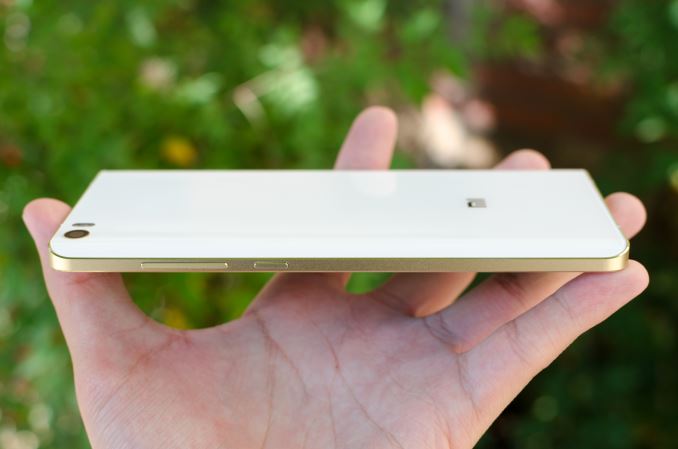 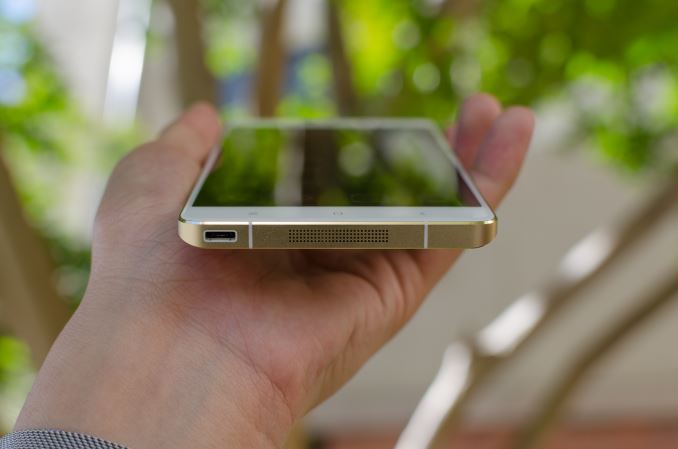 The bottom contains the speaker and a microUSB port which is towards the left side of the phone. Although this makes for worse compatibility with various docks and isn’t symmetrical, this helps to improve usability of the phone in landscape when charging. 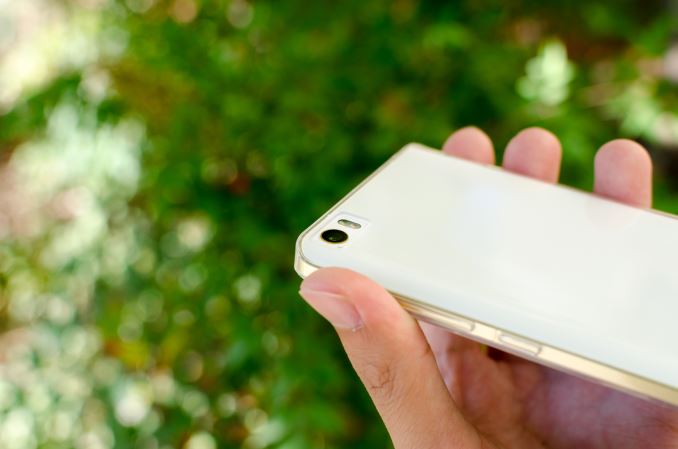 The left side contains the SIM tray, and the top contains the 3.5mm headphone jack. There’s no IR port here, so there aren’t any particular holes other than ones for microphones. 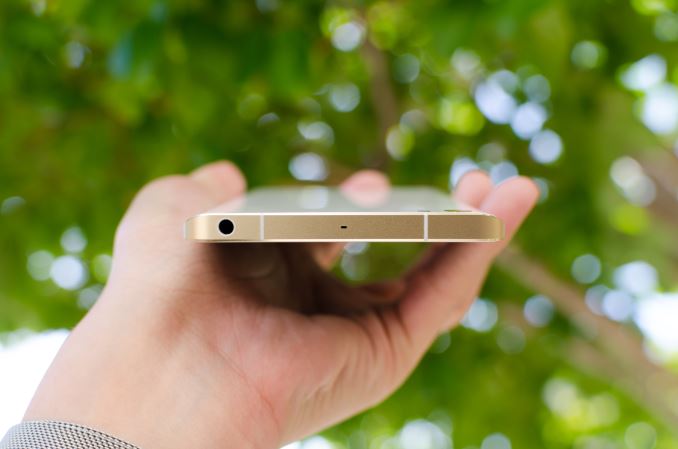 Overall, I found the design of the Xiaomi Mi Note line to be impressive. Other than the problems that come with slippery glass, I found the design to execute well when it comes to attention to detail. The logo on the front of the device may be a bit much, but I otherwise had no problems with the phone in everyday use. The ergonomics of the device are excellent as the power and volume buttons are appropriately placed and spaced far enough apart that it’s impossible to confuse the two. The curved back glass means that it won’t wobble on a table but also fits well in the hand. A potential improvement I would request here is porting the sound from the speaker from the bottom of the phone to actually point towards the user, and possibly moving the 3.5mm jack to the bottom of the phone.