I normally don’t cover mobile payment solutions, but in the case of the Apple Watch I suspect this is the fastest way for anyone not using an iPhone 6/6 Plus to get Apple Pay access. Although I’ve never written anything about Apple Pay on the iPhone 6, in my experiences it’s probably the best solution around when it comes to easy payment due to the NFC boosting that makes the iPhone 6 send and receive NFC with no real orientation dependence and TouchID payment authentication. Coming into this review, the real question for me is whether Apple Watch could have the same seamless experience. 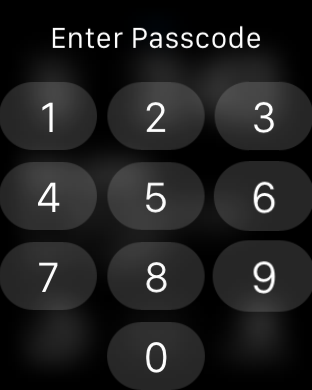 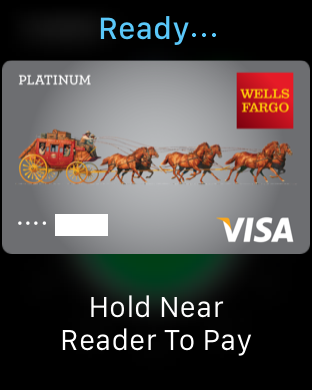 To try and figure out the answer to that question, there are really a few elements to the payment experience that have to be figured out.  The first is authentication, which can easily be the biggest downfall in the experience. To this end, Apple has figured out a pretty smart system of wrist detection combined with a PIN code which ends up making for a pretty seamless experience. At the start of the day, you input your passcode when you put on the watch, and any time the watch is removed you have to input the passcode again or else pretty much everything (including Apple Pay) is locked out. If you lose your watch, no one can access the payment component without your PIN.

This effectively means that when you’re paying for something with the watch, all you have to do is double-tap the side button to activate Apple Pay. I’m not sure why it’s strictly necessary for NFC to be off unless the user activates it, but it’s likely that even the standby power of NFC would be significant with the battery of the Apple Watch. 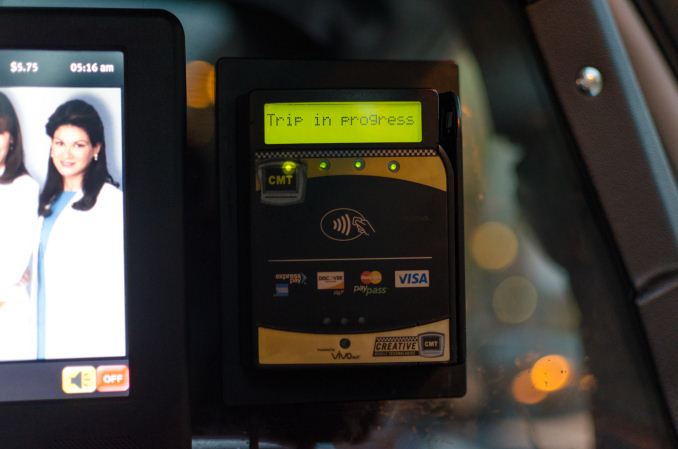 The second potential roadblock is ease of use with payment terminals. To this end, the RF component is actually without issue. I didn’t find myself particularly constrained in terms of distance or orientation of the watch to interface with readers. However, I think the problem with payments on the Apple Watch is that in some cases readers are just placed in positions that require some really odd contortions to get the watch to the reader, regardless of whether the NFC RF subsystem is well-designed. Anything at chest or waist level was usually without problems, but I noticed that readers mounted at head-level were remarkably difficult to use with Apple Watch. Other issues like setup for card payments were really without issue, and I suspect most people won’t have any problems setting up their watch for Apple Pay.

Ultimately, while Apple Watch will work just as well as an iPhone 6 for payments, the real downfall here is mostly a problem of physiology. While in some cases using the watch for payments is a natural gesture, there are a number of edge cases that require a lot of contortion to get the watch to the payment terminal. If you don’t have an iPhone 6/6 Plus and you want to use Apple Pay, Apple Watch is probably the best way of getting Apple Pay. However, I still think the smartphone is a better platform for payments for ergonomic reasons.

The Apple Watch has a completely new OS, which warrants some especially close scrutiny of the OS as any early design decisions made have a tendency to snowball in terms of momentum, so it’s almost impossible to make some changes once applications are widely using shared libraries and APIs that are expected to work in a temporally consistent manner. To recap for those that don’t want to read everything previously discussed, there are a few areas that are worth examining in WatchOS, namely the watch functionality itself, notification handling, glances, apps, communication, fitness, and Apple Pay. 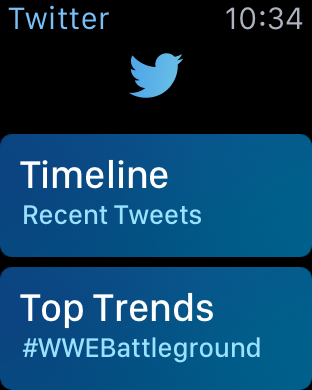 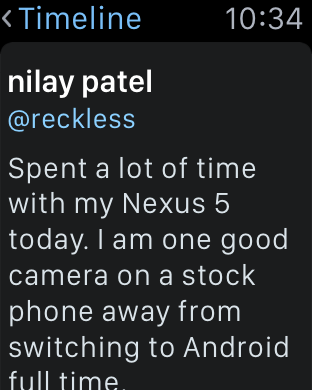 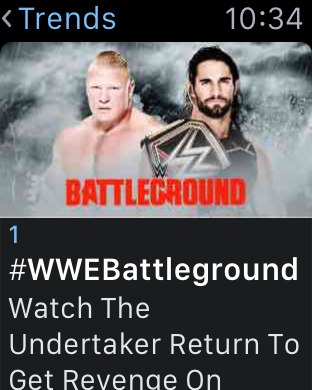 The watch functionality is solid, and Apple has created a number of compelling, useful, and deeply customizable watchfaces. The use of Force Touch and digital crown here makes a lot of sense when it comes to training the user for the rest of the UI, and the ease of use in customizing the watchface is truly great. There is the issue of no public API for watchfaces, but I suspect that this will come with time as it’s important to ensure that such an API is properly designed for long term support. Glances are well-executed and a useful feature, but I don’t really get the point of integrating heart rate monitoring into a glance or similar cases of app information as anything important to me ends up as a complication on the watchface. In practice, I think glances are best thought of as quick settings toggles rather than sources of glanceable information. To this end, the ability to turn on power reserve mode, toggle airplane mode, silent mode, do not disturb mode, and ringing the paired iPhone, and other controls like music playback control are definitely welcome and make a lot of sense. 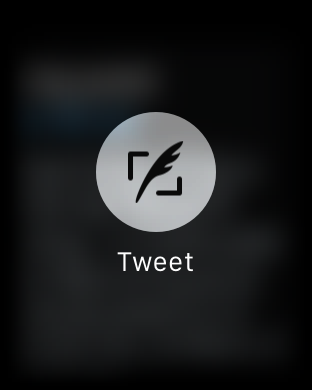 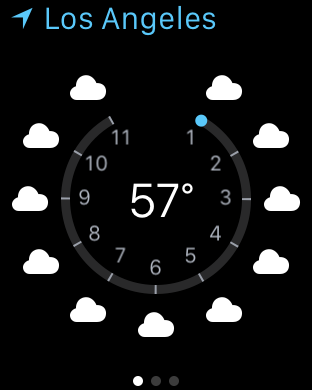 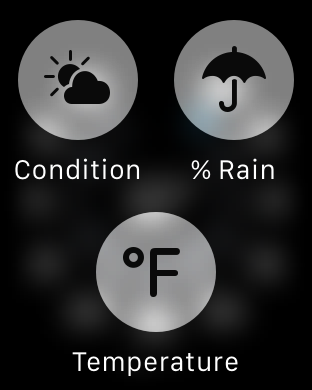 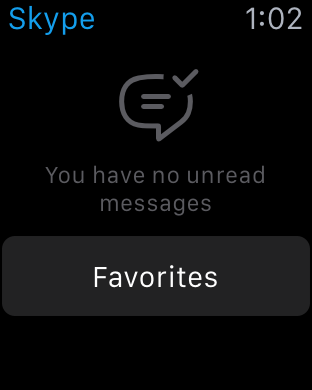 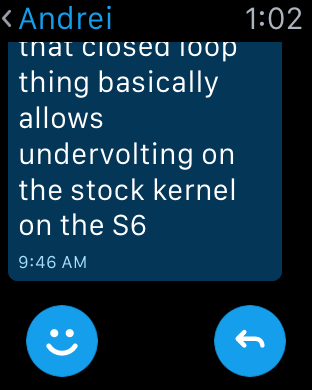 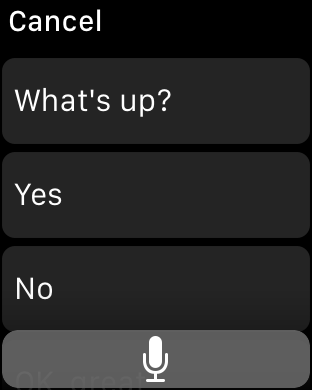 Apps are ultimately what make a platform, because at the end of the day the reason why people use any general purpose computer is because of the apps that it can run. To this end, there’s currently a huge division in quality and functionality between first-party and third-party apps. Apple’s applications are executed well, with pretty much all the functionality that makes sense and great design. I never really had any frustrating moments with Apple’s apps on the watch. For any kind of input, there was always the ability to use Apple keyboard predictions or Siri voice input, which covered just about every case in which I wanted to input some kind of text in reply. 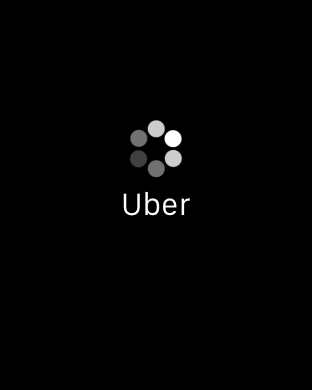 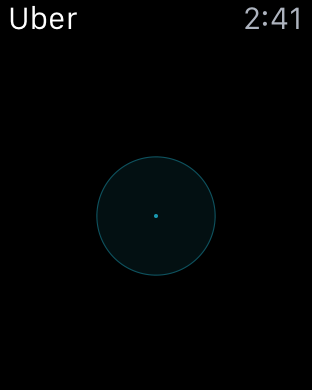 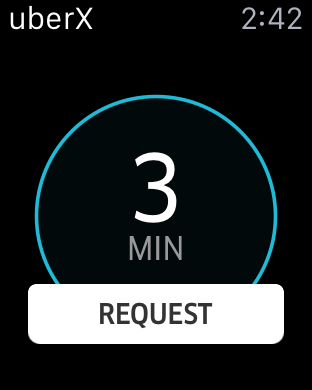 However, the same can’t be said of third-party apps. Probably the best example of this is Uber, which is literally just a button to request a pick-up with no other options when I can easily imagine a UI leveraging the digital crown to precisely indicate pickup, and swipes or Force Touch to select the type of Uber I want to use. This kind of UI is simple, but arguably too simple for a watch with as many UI tools as Apple Watch. I’m not sure that “native apps” will necessarily fix everything here, but native apps combined with developer experience and more powerful hardware will probably deal with most of the complaints I have about third party apps for WatchOS 2. 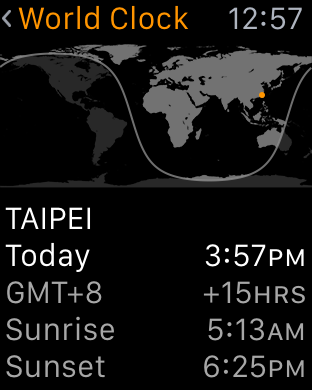 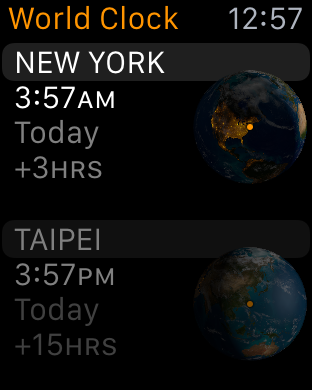 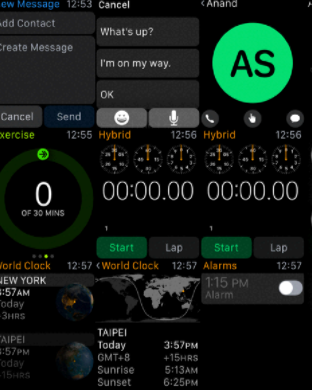 Communication is really a part of apps, but deserves specific mention because it’s such a critical task of the Apple Watch. To that end, there are really three key native apps that fall under this category. These are the phone, messages, and email application. All of these are well-executed, and in practice the user experience around all of these is pretty much painless. One could argue that email is missing some functionality, but for at a glance email viewing it works pretty much as it should. Fitness falls under a similar category in the sense that it’s a subset of the apps category, but if nothing else, Apple has made a great fitness tracking application when it comes to information presented, design, and ease of use. Apple Pay is also well-implemented in terms of ease of use, but there’s a fundamental issue with ergonomics that prevents Apple Pay on the watch from being as great as it is on the iPhone. 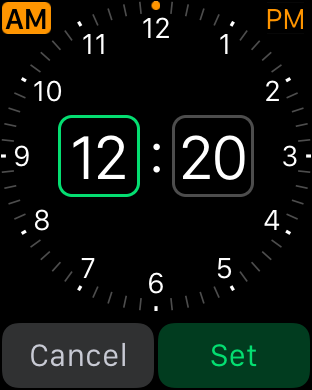 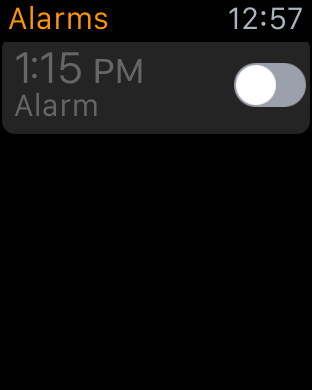 Overall, I think Apple has created an OS that is forward-looking and fully capable of supporting future iterations of Apple Watch without too much trouble, although many details will change as time goes on. However, for early adopters I suspect there will be some objection to performance. As one might be able to guess from our S1 CPU analysis, the S1 SiP is not going to be able to come close to a modern smartphone for performance, which means that even basic UI tasks can be a bit of a struggle with visibly-dropped frames when scrolling and swiping through some parts of the UI like the fitness app. There’s also the issue of app load times, but I suspect this will disappear with the inevitable advance of Moore’s law and native apps can load almost instantly in some cases.

Currently, third-party apps are lacking either from the lack of native app support or from general unfamiliarity of design principles for the watch. Probably the only real criticism I have for the OS overall is that there’s currently a distinct lack of watch independence, as if I set the iPhone to airplane mode but keep the watch able to connect to the internet applications like weather are unable to download anything even though it should be able to connect to my home router and download this kind of information anyways. Given the number of constraints that come with the wearable form factor, WatchOS is probably one of the best OSes out there for wearables.