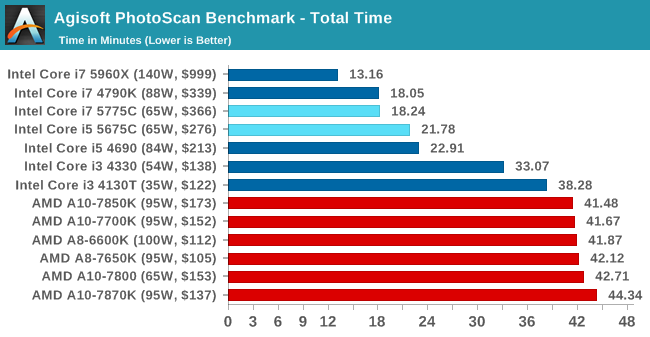 The presence of Crystal Well had a small effect on Photoscan, occurring mostly in the second phase of the calculation which is the one that also has an option to enable the GPU, indicating that memory bandwidth is an potential limitation in that segment. 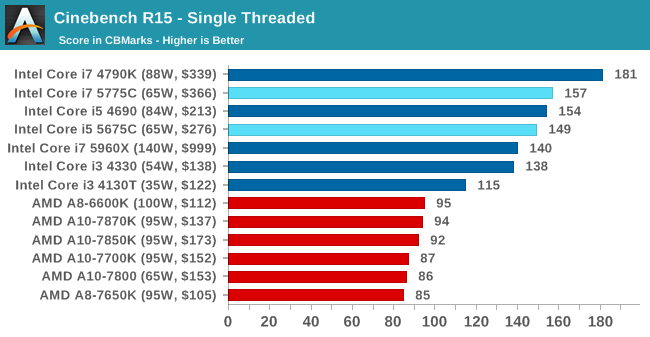 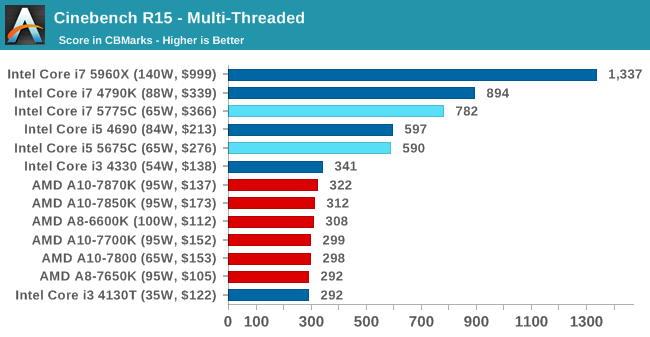 Cinebench is a historically CPU-limited benchmark, and the results show this again here. The fact that the 3.6GHz Broadwell-based i5-5675C performs so closely to the 3.9GHz Haswell-based i5-4690 is a promising sign here, as it means that despite being a mere "tick" in Intel's development efforts, there are tangible IPC increases on the desktop from Broadwell. 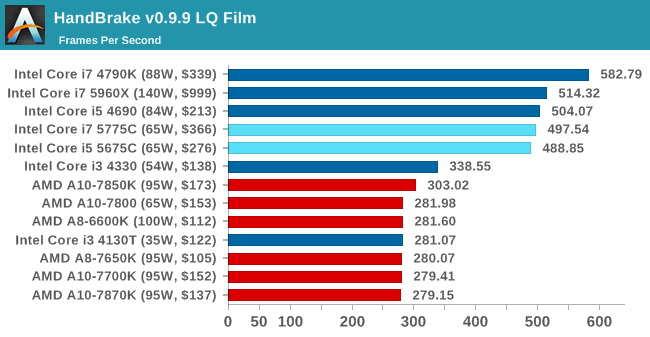 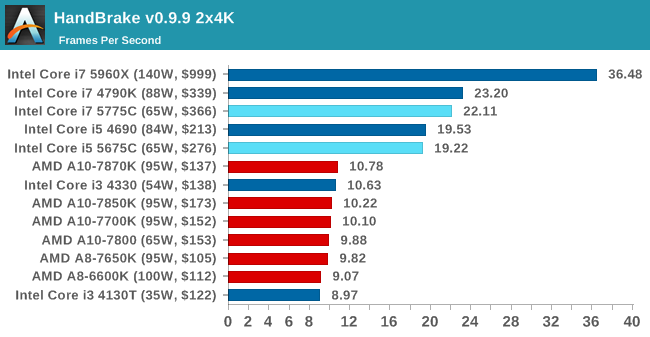 While no obvious improvement was seen in the low quality conversion, the double UHD conversion put the i7 above what was otherwise expected. 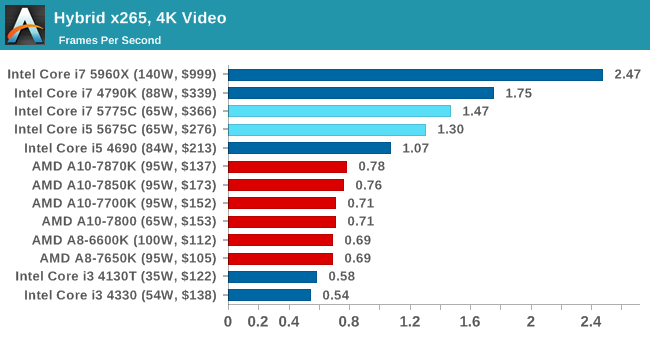 Unlike the Handbrake H.264 tests, the Hybrid x265 tests show a clear uptick in performance on the Broadwell processors. It is not fast enough to catch the i7-4790K and its 4.4GHz turbo clockspeed, but we see the i5-5675C shoot well past the i5-4690 despite the clockspeed deficit. Whether this is due to Broadwell architecture enhancements, Crystal Well acting as an L4 cache, or a combination of the two is difficult to determine, but the end result is substantial.