In order to illustrate how much more tedious writing in assembly can be let's take a simple operation such as adding two integers together and storing them in a location in memory. In a high level programming language (e.g. C, C++, Java, etc…) the process goes like this:

The syntax obviously varies from one language to the next but in that one line we defined an integer variable, stored in memory and gave it the value of 2 + 2. Now let's do the same but in assembly, again this is a very general example and is not specific to any particular architecture:

Once again, the syntax will vary from one architecture to the next but the basic idea remains the same. The first line adds the two numbers and stores the result in register R1. The second line stores the contents of R1 at the memory address pointed to by the label RESULT. The third line tells the assembler points the label RESULT at the appropriate memory address. Which one looks simpler to you?

Keep in mind that we're dealing with a relatively simple example here; once you start dealing with branches, loops and especially more complicated forms of memory addressing and allocation, assembly quickly becomes tedious.

Although NVIDIA always talked about how easy implementing DX8 pixel and vertex shader programs would be, they didn't really play up the fact that all of the coding was still done by hand in assembly. In order for more developers to actually take advantage of the shader capabilities of their next-generation GPUs NVIDIA would have to offer a higher level language for them to write code in. A good compiler can generate code very close in performance (and sometimes even faster than) to hand written assembly; even more importantly, a compiler can target multiple architectures and platforms to make reusing code much more programmer-friendly.

With all of that said, it wasn't a surprise that NVIDIA launched their high level programming language 'Cg' a few days ago. The name implies 'C for graphics' and thus employs a very C-like language but with an obvious skew towards writing shader programs. The syntax of the language is nearly identical to Microsoft's own high level graphics programming language called D3Dx, but the main difference between the two efforts is in NVIDIA's compiler development. 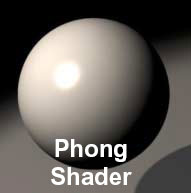 Here's an example of the reduction in code when going from raw assembly to Cg for the Phong Shader program used in the picture above:

Assembly Code for a Phong Shader

Microsoft's compiler will obviously only compile for Direct3D while NVIDIA's will be able to compile for both Direct3D and OpenGL. NVIDIA will also open-source the majority of the compiler with the exception of the backend that contains hardware specific optimizations for their GPUs. NVIDIA's compiler will receive regular updates (at least once for every major GPU release) and it will support all currently available competitor GPUs, however NVIDIA will be encouraging their competitors to develop their own compilers for Cg.

Currently Cg is offered in a beta state but it will go gold in the fall alongside the release of NV30. NVIDIA claims that the although the current version isn't faster than raw assembly code, the Fall release will be much more optimized and faster than hand coded assembly.