In order to get the absolute highest performance out of the Pentium 4, you have to use the fastest PC1066 RDRAM on Intel's 850E chipset. While the performance advantage over a similar setup with DDR333 SDRAM isn't tremendous, it's generally enough to justify the additional cost to the truly performance-crazed users. The same can be said about DDR333; by no means is it a necessity, but it is the highest performing offering for the Athlon platform today.

An investment in DDR333 memory today isn't a waste since it's been made clear that Hammer's integrated memory controller will support the memory type at launch. This brings up the next question, what DDR333 should you buy?

Although generally 30 - 40% more expensive than DDR266 SDRAM, DDR333 is in enough demand to warrant a quick look at the top competitors and crown a couple of winners.

We have been testing all of the motherboards in this roundup with DDR333 memory from Kingston, Corsair, Crucial and Mushkin: 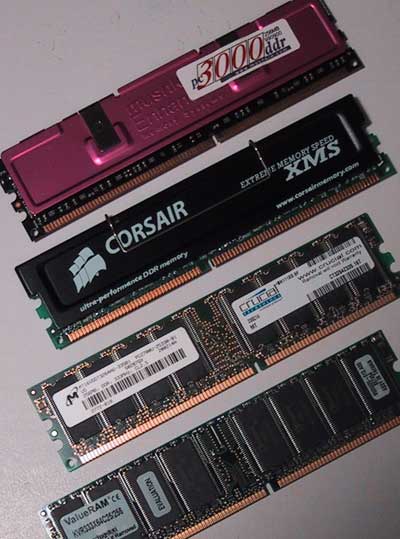 In terms of the most overclockable modules, we found that Corsair's XMS3000 and Mushkin's PC3000 to offer the greatest overclocking headroom. Crucial and Kingston trailed behind; there were some compatibility issues with Kingston memory and one of the boards in the roundup, which we will address later.

The secret to the success of the Corsair and Mushkin modules is in the chips that lie beneath the heatspreaders. The XMS3000 is easier to pry off than Mushkin's but they both cover the same thing:

And Kingston uses Winbond memory on their modules: 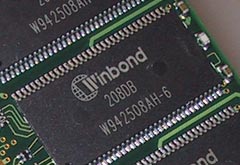