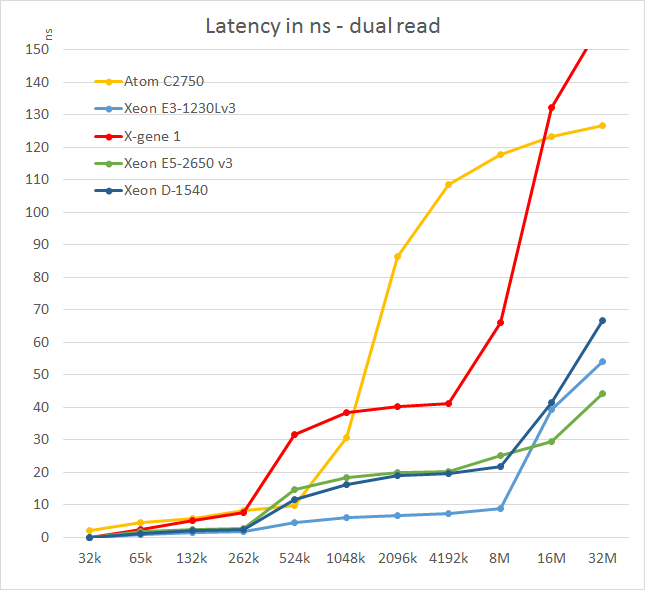 L3 caches have increased significantly the past years, but it is not all good news. The L3 cache of the Xeon E3 responds very quickly (about 10 ns or less than 30 cycles at 2.8 GHz) while the L3-cache of the new generation needs almost twice as much time to respond (about 20 ns or 50 cycles at 2.6 GHz). Larger L3 caches are not always a blessing and can result in a hit to latency - there are applications that have a relatively small part of cacheable data/instructions such as search engines and HPC application that work on huge amounts of data.

It gets worse for the "large L3 cache" models when we look at latency of accessing memory (measured at 64 MB):

The higher L3-cache latency makes memory accesses more costly in terms of latency for the Xeon E5. Despite having access to DDR4-2133 DIMMs, the Xeon E5-2650L accesses memory slower than the Xeon E3-1230L.  It is also a major weakness of the Atom C2750 which has much less sophisticated memory controller/prefetching.