Evaluating the capabilities of the primary storage subsystem turned out to be a challenging process. We usually use PCMark 8's storage bench for mini-PCs. However, the lack of enough free space after installing a couple of Windows updates meant that PCMark 8 would consistently crash during the benchmark process. However, we were able to process the benchmark on the Patriot EP series microSDXC card. 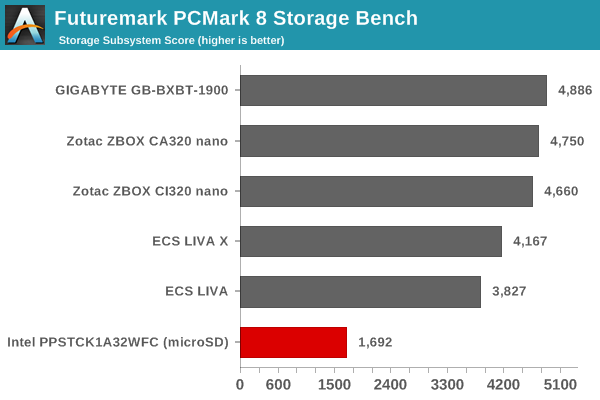 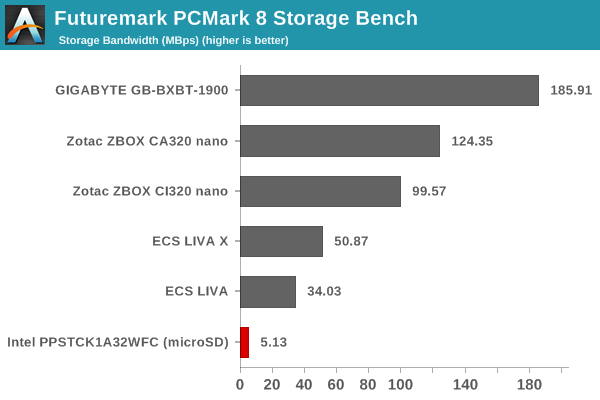 Note that we are benchmarking a microSDXC card with write speeds of the order of 40 MBps and read speeds of around 90 MBps - the results are not surprising, and should only be taken at face value. That said, in order to get an idea of the eMMC performance, we ran ATTO and CrystalDiskMark on the Samsung MBG4GC. A screenshot of the results is presented below. 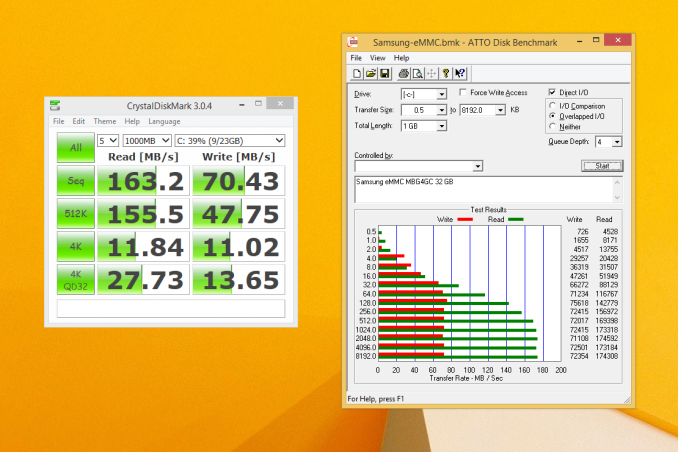 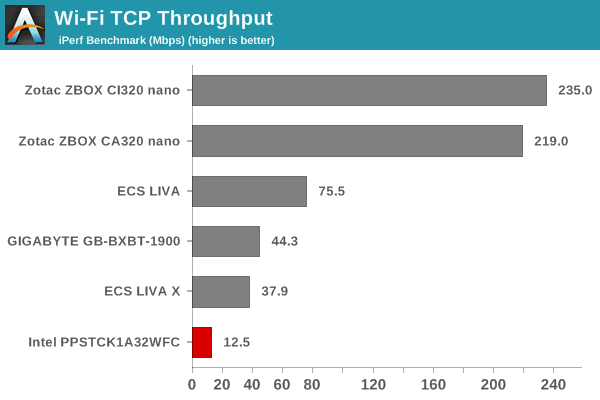 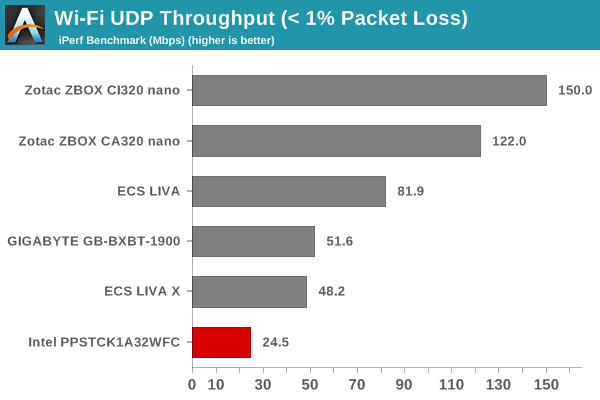 The numbers appear downright bad even when we consider that we are looking at a 1x1 802.11n connection. Surprisingly, when connected to another router in the same place, we were getting transfer rates in the order of 48 - 50 Mbps. However, the results graphed above have the numbers from the same router with the clients at the same location. Users will probably be seeing a wide range in the performance of the WLAN component.