The MX100 was a revolutionary product in many ways. It was the first drive to move to sub-19nm NAND, which brought cost savings along with it. The combination of price and performance made the MX100 arguably one of the most cost efficient drives on the market. The BX100 is more of an evolutionary step from the MX100 as it uses the same 16nm MLC as its foundation, but the switch from a Marvell to a Silicon Motion controller has allowed Crucial to cut the costs by another few percent, while still retaining high performance in typical client workloads.

Talking about performance, the BX100 is a great all-around performer. It performs well regardless of the workload and despite not being designed for IO intensive workloads such as The Destroyer benchmark, the higher capacities (500GB & 1TB) manage to be very close to the higher-end drives. It actually begs a question of whether it's worth it to pay the premium for a high-end drive because in reality you will only be gaining about 10-15% higher performance, whereas the cost premium is much more than that. For professionals who truly need the best IO performance, the premium can be worth it (although you should really be looking at PCIe SSDs already), but for enthusiasts it's safe to say that the BX100 delivers far more bang for the buck than a high-end SSD does (unless you're looking for a 256GB drive or smaller). 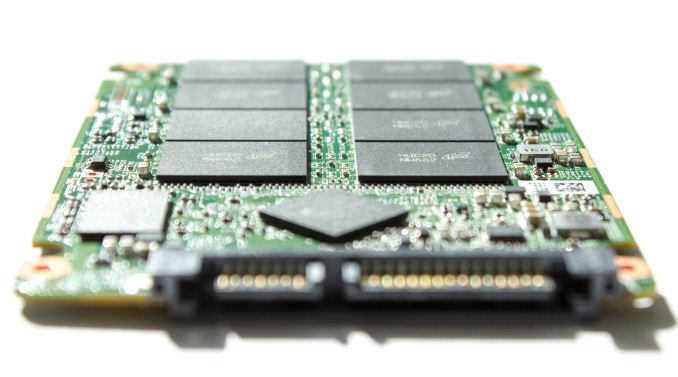 Furthermore, the BX100 is extremely power efficient and without a doubt the best drive in terms of power consumption that we have tested. For desktop users that isn't a big deal (unless you pay very close attention to your power bill), but for laptop users I would argue that power consumption is just as important as performance is (if not even more important) because increased battery life is something concrete and easily noticeable.

My only criticism is the fact that Crucial decided not to include TCG Opal and eDrive encryption in the BX100. Like I mentioned on the first page, I understand that the reason behind the move is to differentiate the BX100 and MX200, but it's still a feature that we got accustomed to in Crucial SSDs. I can't say this is a major issue because hardware encryption in the client space is still in its infancy and the software support is poor, but nevertheless it's a feature that I would have liked to see included.

Given that the MX100 was already driving prices down, it comes as no surprise that the BX100 is very competitive in price. The Ultra II and SSD370 are slightly cheaper, but neither of them can provide the same combination of performance and power efficiency as the BX100 does. On that basis I would pick the BX100 over the two since the price delta is rather insignificant anyway (and obviously, pricing fluctuates on a daily and retailer basis). The 850 EVO is also very close in price and offers a little higher performance, but it can't challenge the BX100 in power efficiency, so for mobile users my recommendation would be the BX100, whereas the 850 EVO does offer marginally better value for desktop users.

In a nutshell, I have nothing but positive things to say about the BX100 for its price point, especially when it comes to the higher capacities. The performance is good for all workloads, the power efficiency is top of the class and most importantly, the overall value you get is simply outstanding. If you are on the market for an SSD right now, especially for laptop, I would highly recommend the BX100 even if your workload happens to be heavier than average.