Now that we've finished going over the camera architecture and user experience of the One M9 we can talk about the end result, namely the quality of the still images and video that the One M9 can produce. Our first test is a basic test of spatial resolution, which uses high-contrast line pairs that make it possible to get a good idea for what the effective maximum resolution of the camera is. 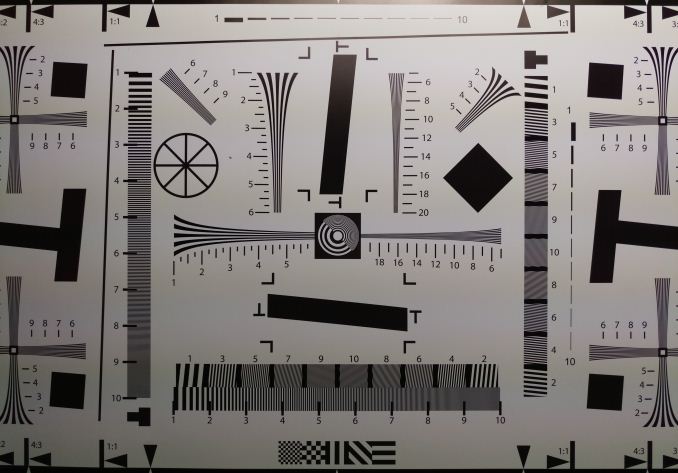 In this test, we can see the benefits of the 20MP camera sensor of the One M9, spatial resolution in this test is a massive improvement over what we saw from the One M8. At the center, the resolution of the camera is sufficient to resolve up to the 20 mark. Resolution at the edges of the frame remains sufficiently high, with no obvious field curvature in this test. To get a more nuanced look of low ISO camera performance, we can look at some standard daytime shots to get a better idea of real-world camera performance. 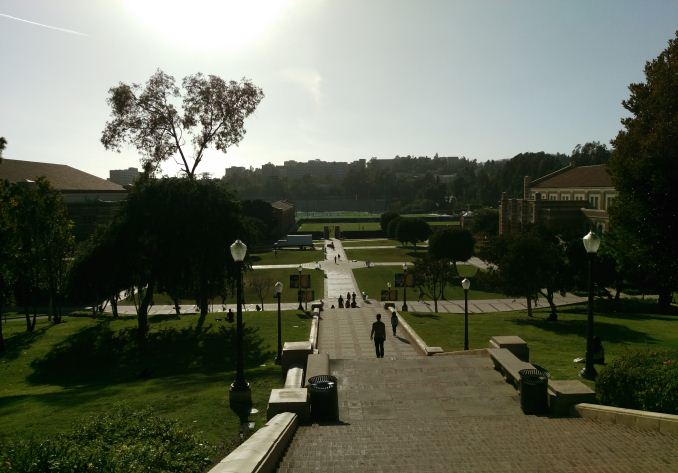 Here we can start to see some of the real issues with the One M9's camera. It's immediately obvious that the sky here is just the wrong color. Although Los Angeles can be a smoggy place, the sky in this photo should be a stronger shade of blue, not gray with a tinge of blue. Looking at the texture of the roof, the grass throughout the photo, and the bleachers off in the distance, it's pretty obvious that HTC needs to strongly reduce the noise reduction that they're using here, as there's almost no detail in these photos. The detail is basically comparable to the iPhone 6's 8MP camera, which shouldn't be the case in these daytime conditions. The lack of shadow detail also degrades perceived quality. In general, the photo appears to be a bit underexposed as well. 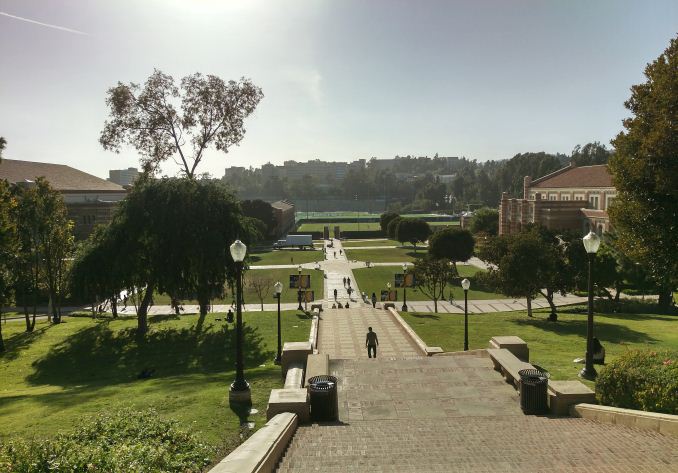 With the HDR mode, all of the issues seen in auto mode are still present. However, to HTC's credit HDR mode is now usable instead of being almost useless as it was with the One M8. HTC still needs to focus on reducing halos as there seem to be issues with this on some high contrast edges/moving objects and make HDR a live preview similar to the Galaxy S5 and S6 camera, but in general this is a dramatic improvement when compared to previous devices. 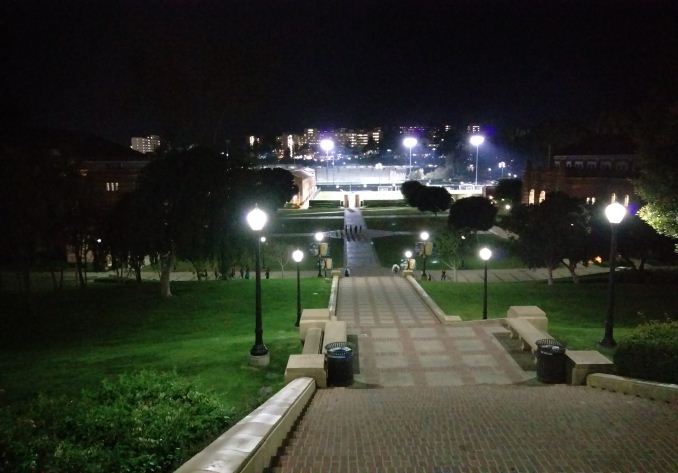 In low light, the One M9 performs horribly. There's really not much else to be said because there's next to no detail in these photos. Noise reduction has smeared away what detail there was. Despite the fact that the photos have evidence of incredibly strong noise reduction, there's still a lot of noise visible in the image. Thankfully, the color noise of the image is low which makes things better, but for 1600 ISO and 1/9 second exposure time, the output is nothing to talk about.

Moving on the video quality, we can first look at 1080p30 quality. HTC uses a 20Mbps encode rate, using H.264 Baseline for video, and 192Kbps AAC for audio encoding. While the iPhone 6 can serve as a reasonable reference, there are a lot of apparent issues even if one doesn't look to the iPhone 6 for a point of comparison. In general, 1080p video doesn't seem to carry a great deal of detail with it, and it looks like there isn't any kind of video stabilization going on here. The result is that footage is extremely shaky and really kind of disappointing here.

For 1080p60 we can basically see the same story, as the One M9 still has a noticeable lack of detail and there are a lot of problems with camera shake that aren't dampened out. It almost looks like HTC doesn't have any kind of stabilization for video here, which is rather disappointing. The bitrate of 1080p60 footage is also unchanged from the 1080p30 settings, which is a bit curious.

For 720p120 slow motion, HTC does manage to capture real 720p footage instead of upsampled 480p video, and it compares favorably to the iPhone 6 but detail continues to be a problem here. The encoder settings are similar to 1080p30 with its H.264 Baseline setting, but bit rate is reduced to 12.1 Mbps.

Overall, the performance of the One M9's camera is disappointing. Overall, it's still probably better than the One M8's camera, but the execution is lacking. HTC needs to focus on improving detail by avoiding aggressive noise reduction, reduce aggressive sharpening, improve shadow detail, implement effective EIS and OIS, and work on improving auto-focus and capture latency. It's concerning that HTC still cannot come close to the competition in this area, and given that camera is a crucial aspect of any smartphone experience HTC needs to resolve all of these issues if they want to remain relevant in the smartphone market.