What is a Parhelia? 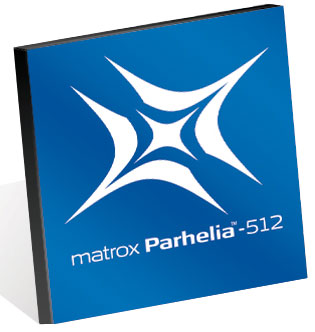 The first question everyone asks when they hear the word is "What is a parhelia?" A parhelia is a natural phenomenon that occurs when light is reflected and refracted by ice crystals in the air. The resulting effect, generally referred to as a halo can take the form of a parhelia when one or two false suns can appear in the sky. The parhelia effect also goes by the name sundog however the Matrox Sundog is definitely not a very marketable name for a GPU and thus Parhelia was chosen. The fact that one of Matrox's senior employees happens to be a bit of a space-buff help secure the Parhelia name for their return to the performance 3D market.

Before we analyze the architecture of Matrox's first true GPU let's have a look at its specs:

As usual, we're light on the specs here so we can dive into them in greater detail when appropriate throughout the article.

Just as we did in our 3DLabs P10 VPU overview we will take you through the 3D rendering pipeline of the Parhelia-512 and explain its intricacies. In order to get the most out of this review we'd strongly suggest you read this quick one-page explanation of what's going on in the 3D pipeline.