Although CPU is often the focus of any given SoC, it’s important to avoid using a weak GPU as even cases as simple as web browsing or navigating through a UI can rely on the GPU for rendering, in addition to the common use cases of gaming. It’s also possible that GPUs can be leveraged for compute, which has great use for cases like image and video processing. To this end, the Snapdragon 810 has an Adreno 430 GPU that runs at 600 MHz, similar to the Snapdragon 805’s Adreno 420. As a result, all of the improvements we’re seeing from the Adreno 420 to the Adreno 430 are solely the result of architecture and driver improvements rather than clock speed increases. 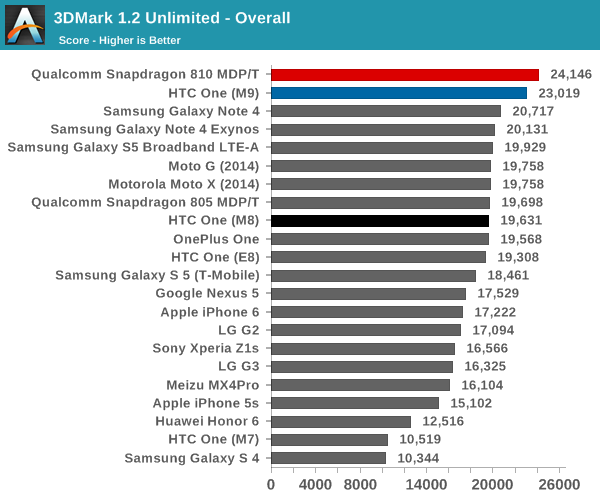 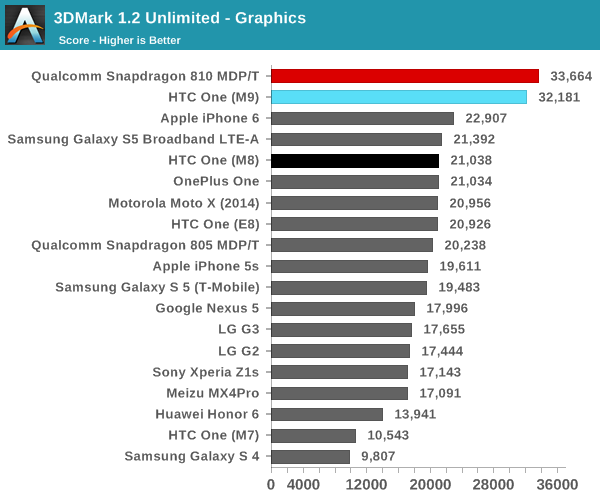 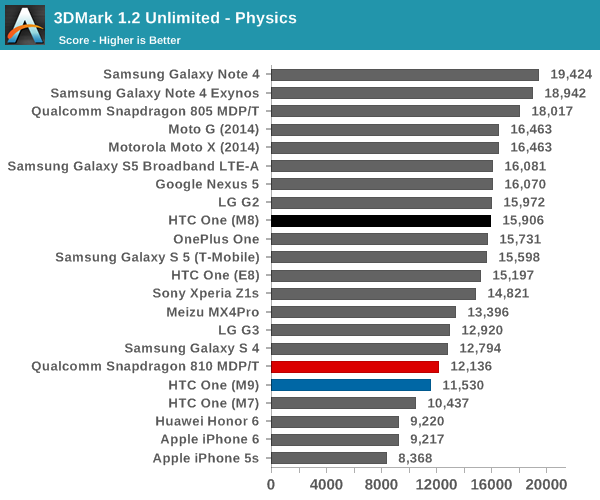 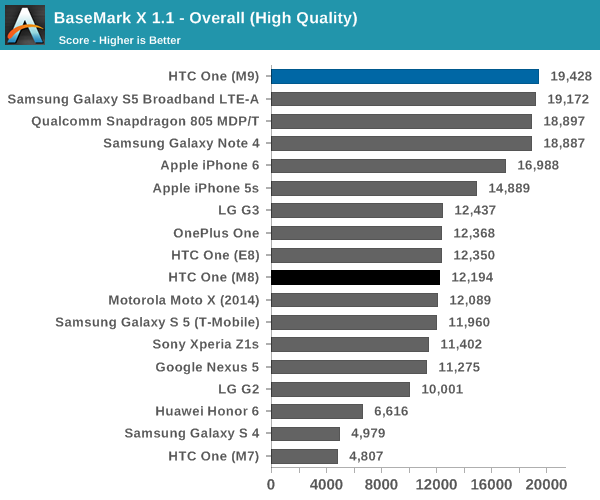 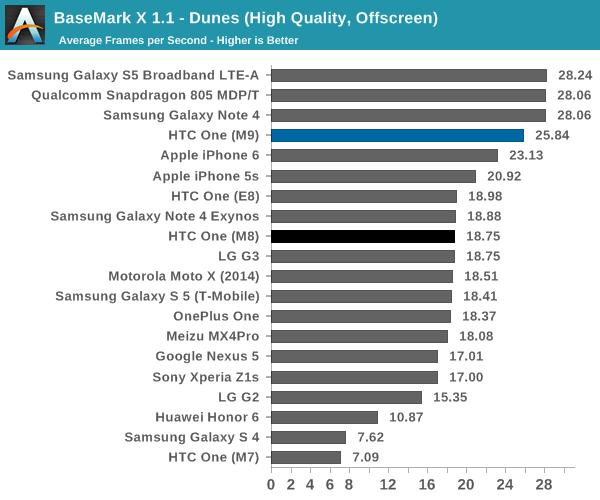 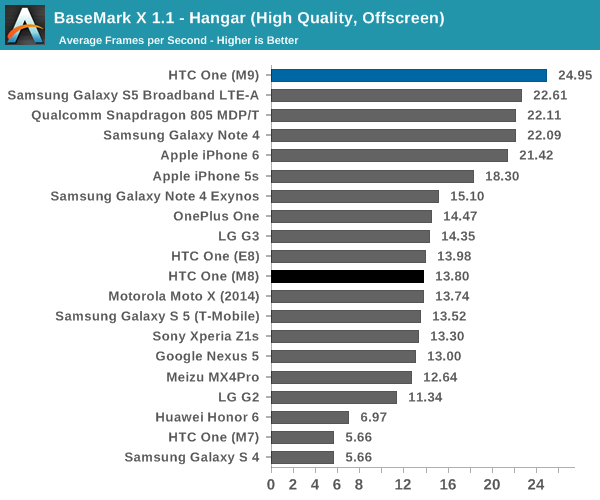 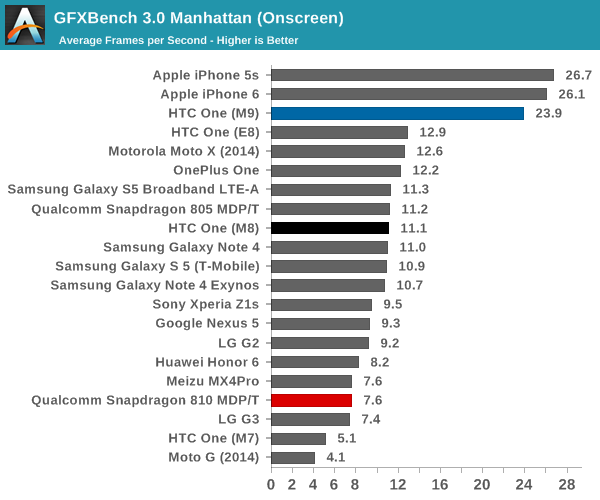 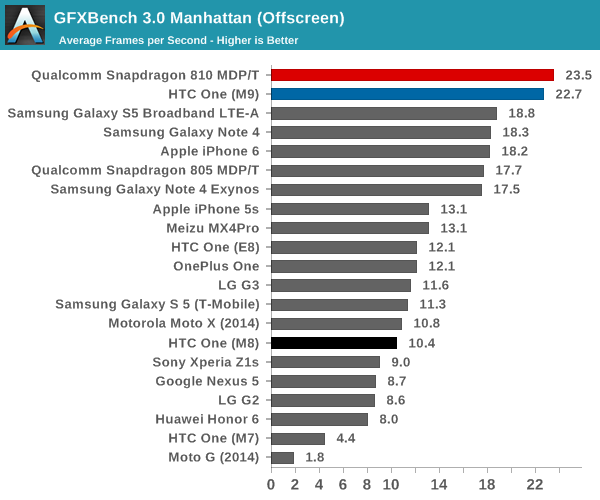 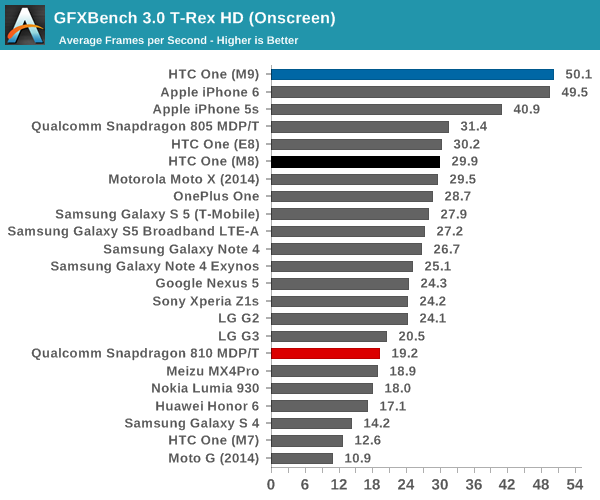 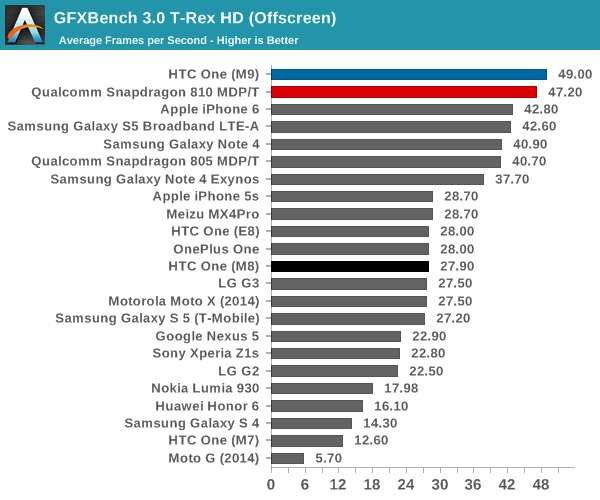 As one can see, the One M9 manages to deliver results that basically mirror what we saw with Qualcomm’s MDP/T, although there is some variance that can be seen. HTC did make the right call here with the 1080p display as we see a pretty massive jump in performance from the One M8 to the One M9 in GPU performance, and using a 1440p display would have eaten away most of these gains. I suspect that the hit to GPU performance with 1440p displays will be mostly compensated for by the next generation of SoCs, but for now I’m still not sure that it makes sense to push such a resolution on a phone.

Storage performance is often an unnoticed aspect of any device, but it can often force itself to the foreground when it’s insufficient. Probably the most famous case of this is the Nexus 7 (2012), which was really the first device that caused people to start to look closer at NAND performance. While we’re close to a better solution for storage testing, for now we can still look at Androbench to get a decent idea of relative storage performance, although this is nowhere near as extensive as our SSD testing. 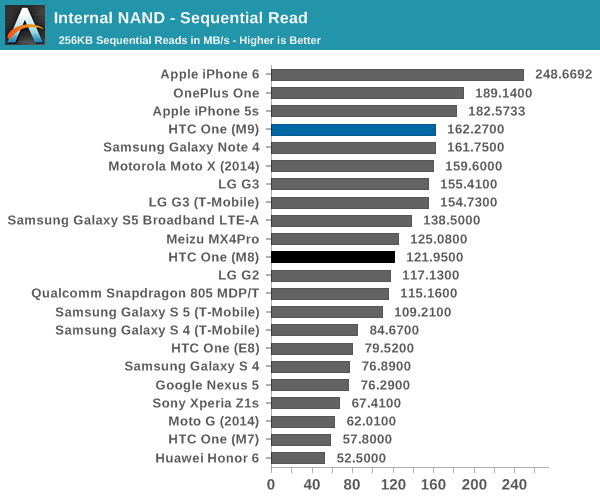 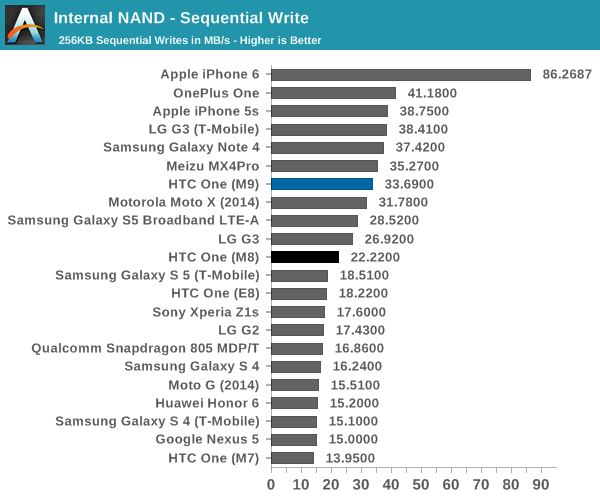 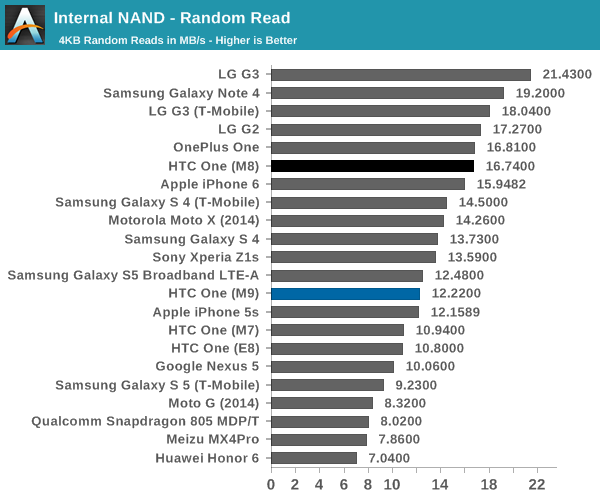 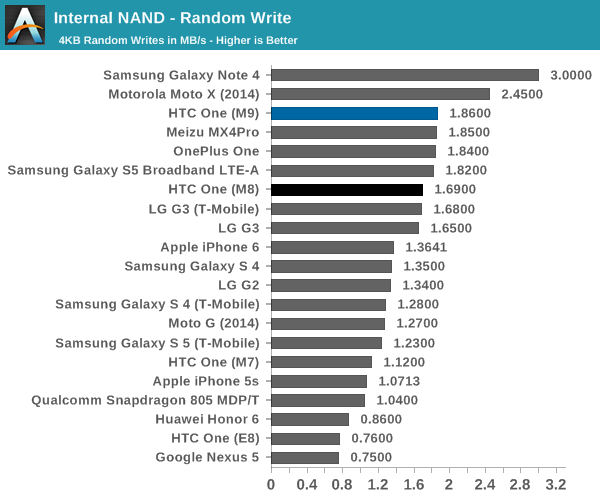 In this test, HTC does show some level of improvement over the previous generation but does regress a bit in the random read department. As far as I can tell, HTC is using Samsung’s eMMC solution here, with the model name BGND3R, as opposed to the One M8 which used a SanDisk eMMC IC. It's interesting to see how the One M9 still uses ext4 here, even though the Nexus 9 adopted F2FS. As far as I can tell, there seems to be a reason to adopting one filesystem over another but this reason is still unclear to me.