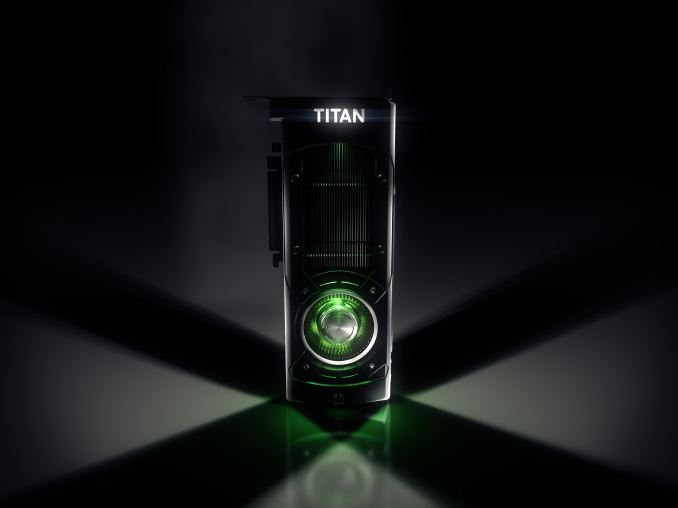 In order to capitalize on the large audience of the Unreal session while not spoiling too much ahead of NVIDIA’s own event in 2 weeks – the NVIDIA GPU Technology Conference – NVIDIA is playing coy with details on the product, but they have released a handful of details along with a product image.

The GPU underlying GTX Titan X is 8 billion transistors, which similar to the original GTX Titan’s launch means we’re almost certainly looking at Big Maxwell. NVIDIA will be pairing it with 12GB VRAM – indicating a 384-bit memory bus – and it will once again be using NVIDIA’s excellent metal cooler and shroud, originally introduced on the original GTX Titan.

No further details are being provided at this time, and we’re expecting to hear more about it at GTC. Meanwhile Epic’s master engine programmer Tim Sweeney was gifted the first GTX Titan X card, in recognition of NVIDIA and Epic’s long development partnership and the fact that Epic guys are always looking for more powerful video cards to push the envelope on Unreal Engine 4.