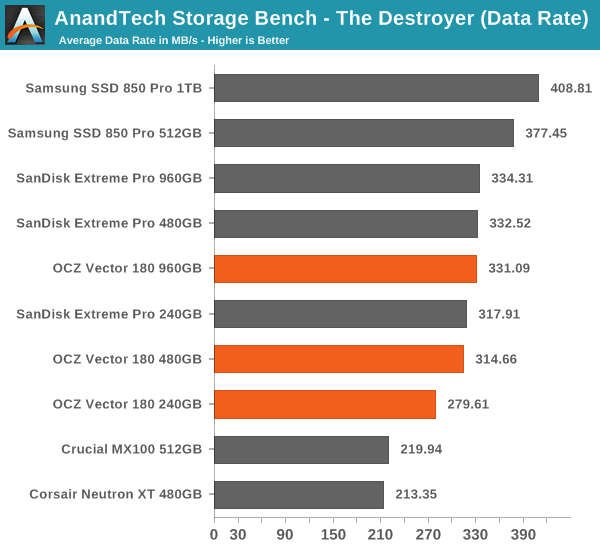 For a high-end drive, the Vector 180 has average data rate in our heaviest 'The Destroyer' trace. At 480GB and 960GB it's able to keep up with the Extreme Pro, but the 240GB model doesn't bear that well when compared to the competition. 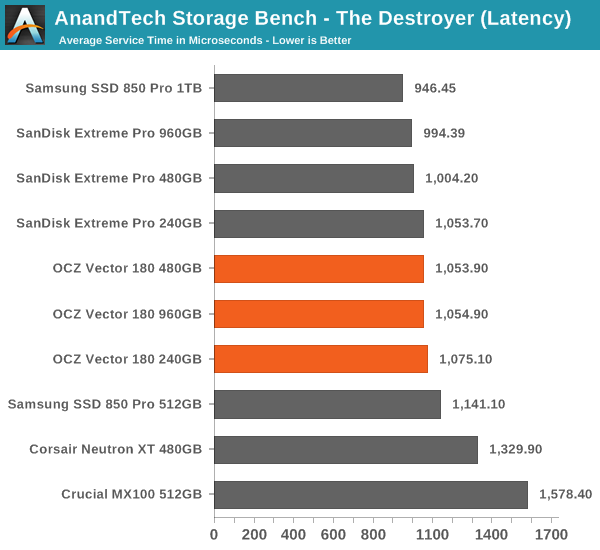 The same story continues when looking at average latency, although I have to say that the differences between drives are quite marginal. What's notable is how consistent the Vector 180 is regardless of the capacity. 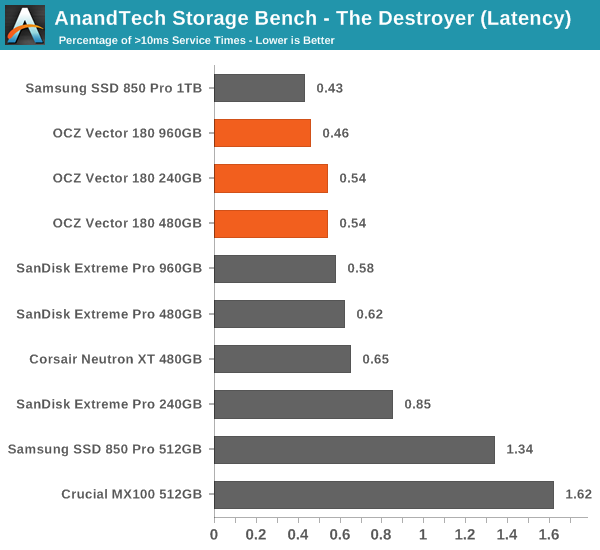 Positively, the Vector 180 has very few high latency IOs and actually leads the pack when looking at all capacities. 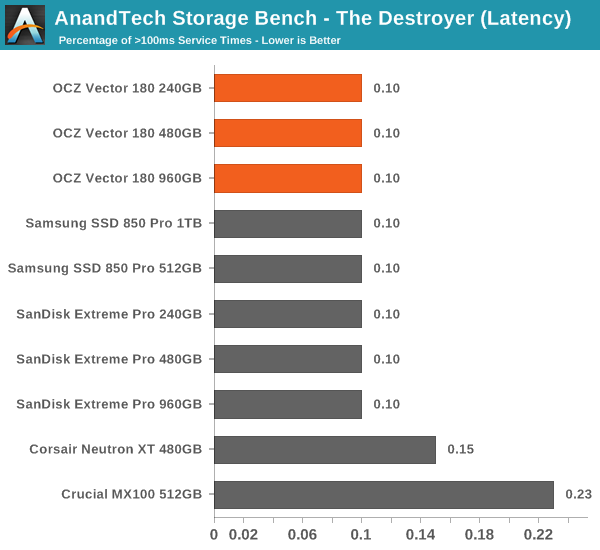 The Vector 180 also appears to be very power efficient under load and manages to beat every other SSD I've run through the test so far. Too bad there is no support for slumber power modes because the Barefoot 3 seems to excel otherwise when it comes to power. 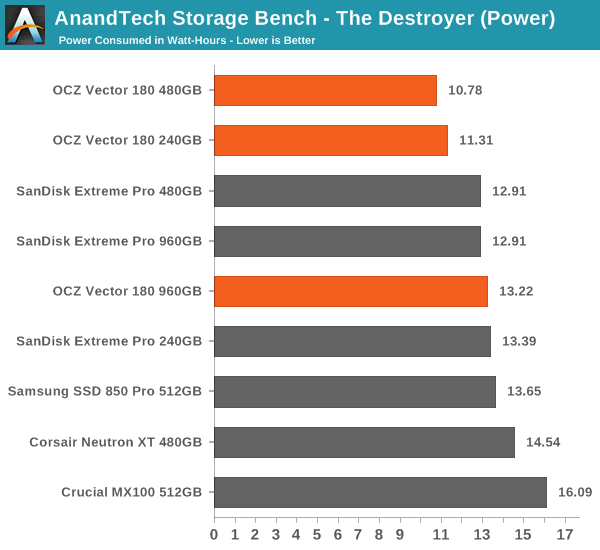