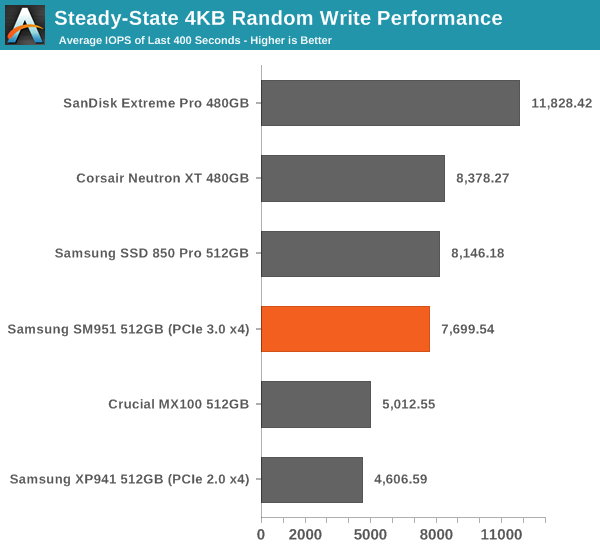 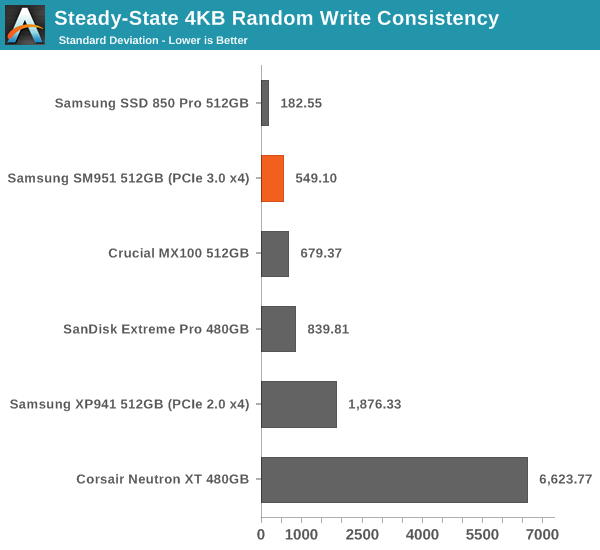 The consistency of the SM951 is also great. The Neutron XT is a living proof of a drive with high average IOPS, but horrible consistency because as we can see in the graph above its standard deviation is up to dozens of times higher compared to the other drives. That's just not acceptable for a modern drive, especially because there are many drives that can consistently provide high IOPS.

For a dozen seconds or so, the SM951 is actually able to burst out 100K IOPS, but the performance soon drops to below 10K IOPS and eventually evens out at ~7.5K IOPS. The SM951 is very consistent and doesn't experience any notable IOPS drops, whereas the XP941 regularly drops to a few hundred IOs per second. Increasing the over-provisioning to 25% brings the IOPS to about 35K, which is very decent and again much better than the XP941 that still has odd drops in performance.