Since the launch of the Palomino core in the desktop market, AMD has transitioned all of their processors to their new modeling system. AMD's Athlon MP CPUs are architecturally identical to their Athlon XP CPUs, and we are not sure if they are validated any differently. The modeling system obviously makes much less sense in the server world as the benchmarks used to come up with the model numbers are not server benchmarks at all. Customers in the server markets are also much less likely to buy based on clock speed alone. 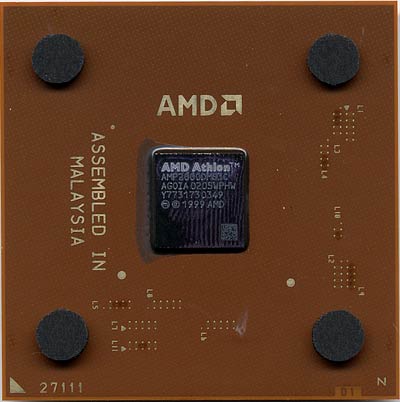 The Duron MP processor is still on hold and will most likely never see the light of day. If properly validated, the Duron MP platform would end up costing much more than AMD would like to spend on an extremely low-cost server CPU. The performance of the CPU, as we've illustrated in the past, would simply be too low for any serious server applications (on par with desktop Pentium III servers).

On the Intel side of things, the dual processor Xeon has moved over to Intel's 0.13-micron manufacturing process. Just like the Xeon's desktop counterpart, the CPUs feature a 512KB on-die L2 cache, which definitely comes in handy in server situations. Unlike the Athlon MP/XP relationship, the Xeons plug into a different socket (Socket-603) and use a different processor substrate with additional thermal monitoring circuitry made specifically for the server market.

Quite possibly the biggest difference between the Xeon and its otherwise identical desktop counterpart is the enablement of Hyper Threading technology on the CPU's core. As we've discussed in the past, Hyper Threading allows the creation of multiple logical CPUs on a single physical CPU for better usage of execution resources. With Hyper Threading still in its infant stages it results in a performance decrease in almost all applications with the exception of server applications This is why Intel only recommends enabling Hyper Threading (it's a BIOS option) when running servers.

Although all previous Pentium 4 and NetBurst based Xeons had the Hyper Threading circuitry on-die, it cannot be enabled through the same BIOS option. Only the new 0.13-micron Xeons offer the option. For more information on the Xeon MP architecture, be sure to read our original Xeon review.