Photoscan, on paper, would offer more possibilities for faster memory to make a difference. However it would seem that the most memory dependent stage (stage 3) is actually a small part of the overall calculation and was absorbed by the natural variation in the larger stages, giving at most a 1.1% difference between times. 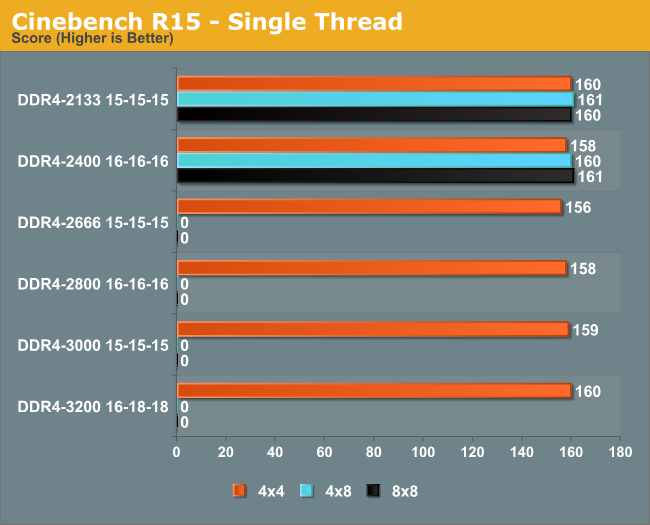 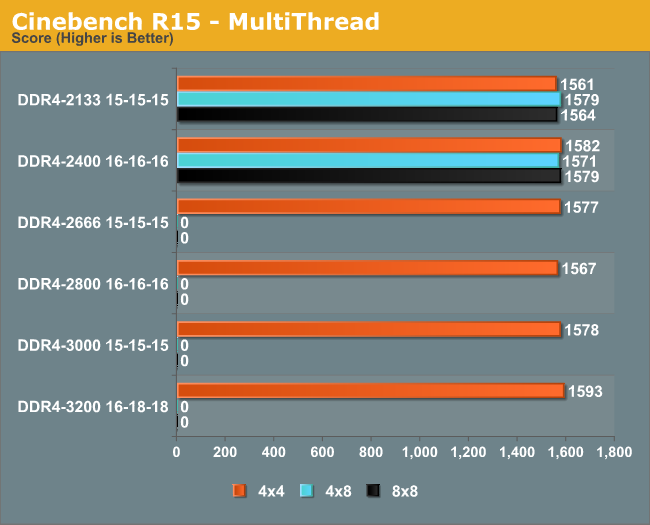 Cinebench is historically CPU dependent, giving a 2% difference from JEDEC to peak results. 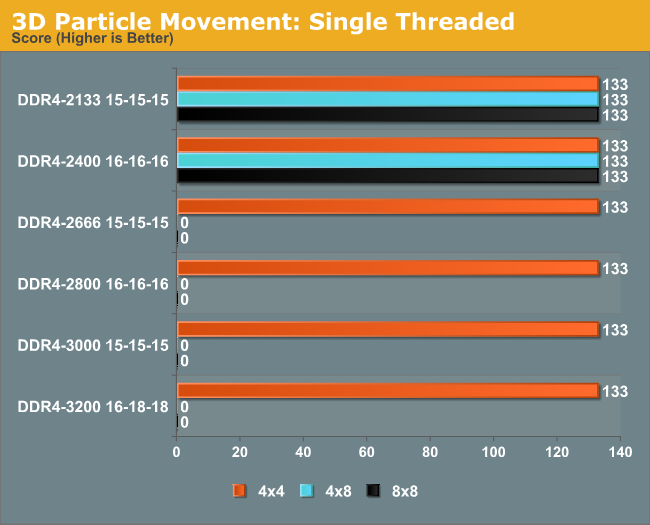 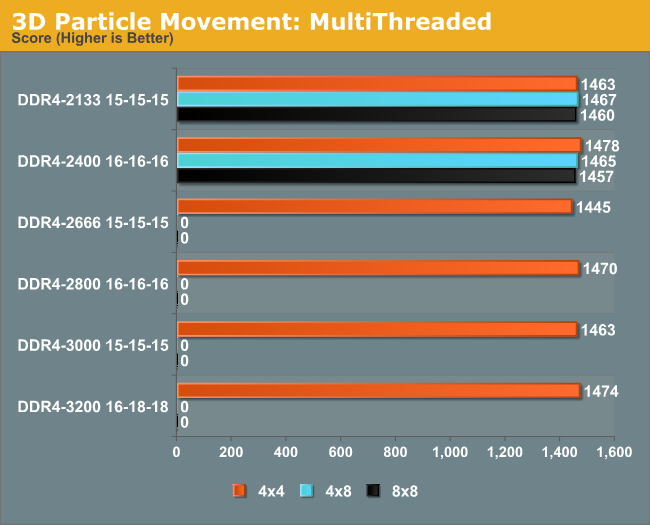 3DPM is also relatively memory agnostic for DDR4 on Haswell-E, showing that DDR4-2133 is good enough. 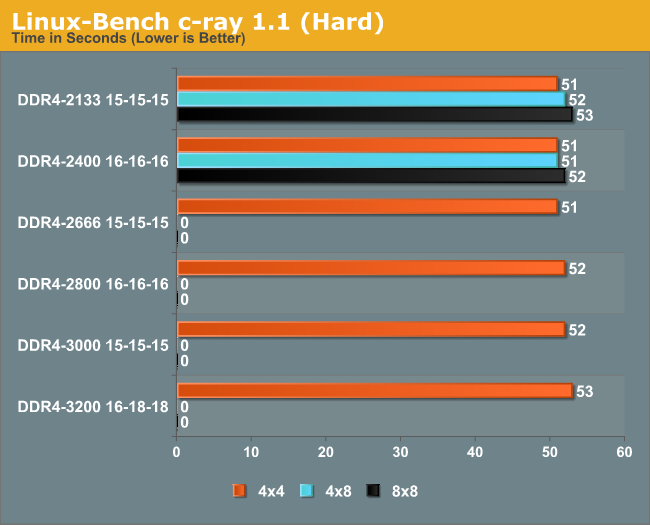 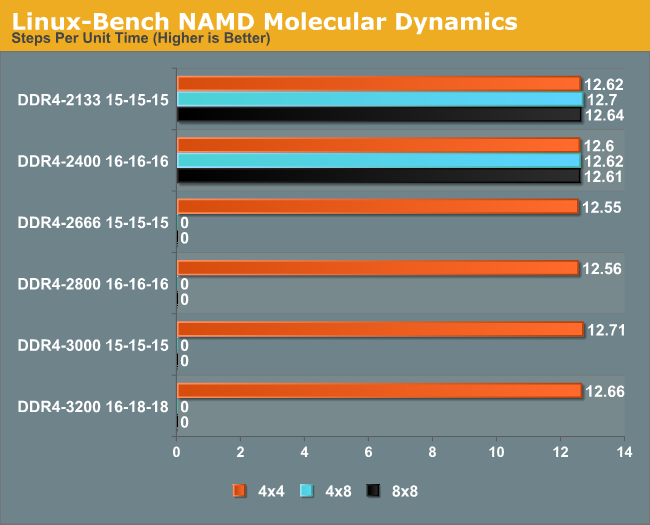 NAMD showed little difference between our memory kits, peaking at 0.7% above JEDEC. 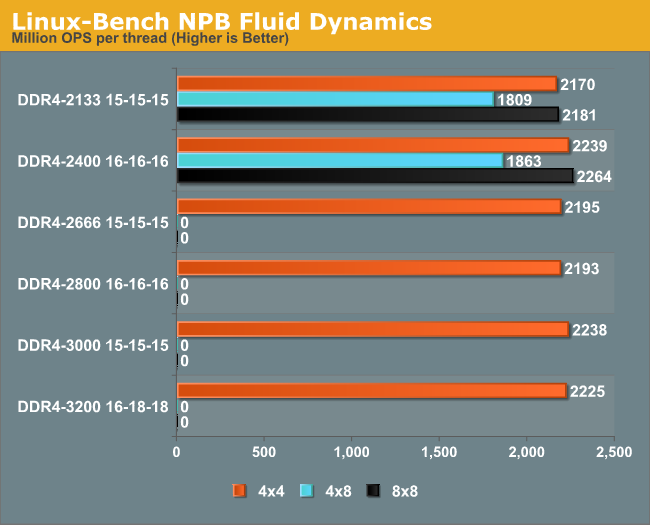 Despite the 4x8 GB results going south of the border, the faster memory does give a slight difference in NPB, peaking at 4.3% increased performance for the 3000+ memory kits. 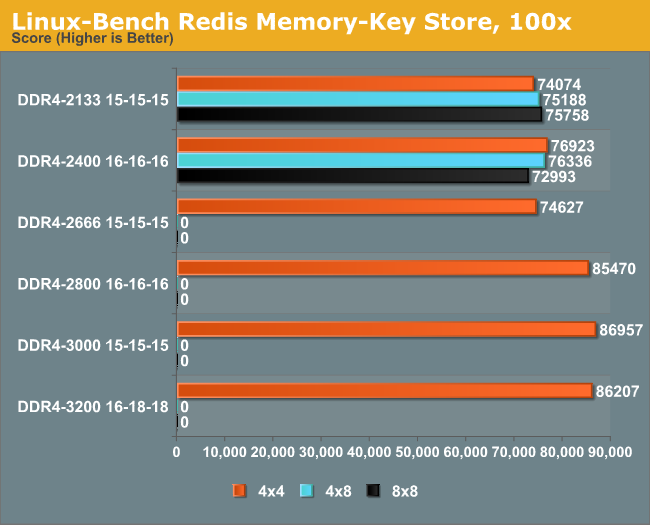 When tackling a high number of users, Redis performs up to 17% better using 2800+ memory, indicating our best benchmark result.