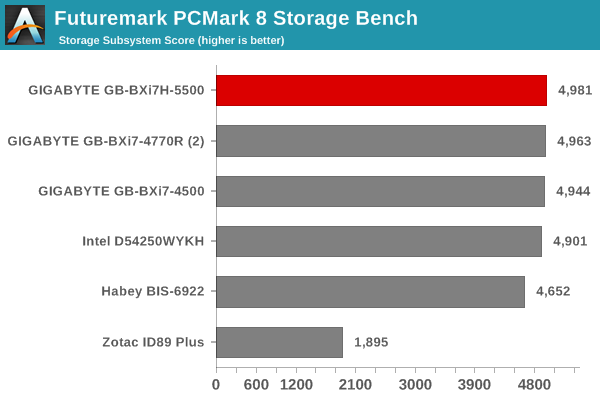 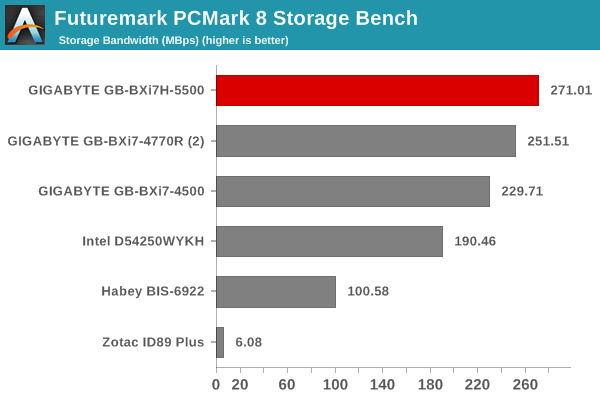 Surprisingly, the combination of the Core i7-4500U and Samsung's SSD 840 EVO delivers best-in-class results. The same SSD (albeit, with an earlier firmware version) benchmarked lower even in the BRIX Pro. Of course, the SSD 840 EVO is having trouble with the old data read speeds issue - The above results are not recommending the 840 EVO in any way, but just presenting what a fresh SSD 840 EVO can achieve in conjunction with the GB-BXi7H-5500. 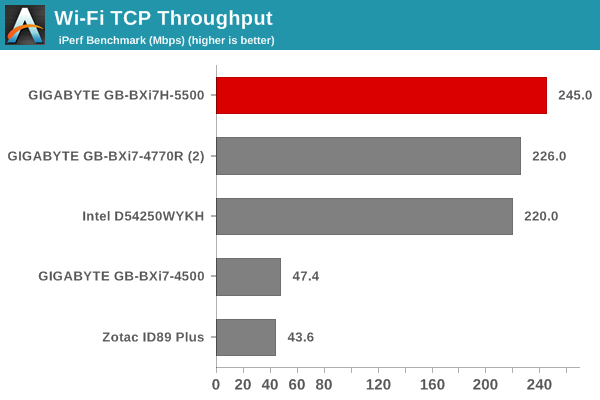 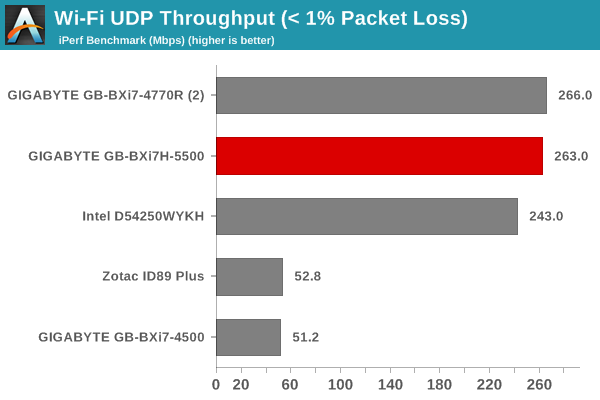 The WLAN performance is good, considering that the Intel AC3160 is a 1x1 802.11ac solution with a maximum theoretical bandwidth of 433 Mbps. We are quite happy to see GIGABYTE discarding the Realtek 802.11ac solution. That said, the use of an Intel AC7260 or AC7265 2x2 solution or a Broadcom BCM4352-based WLAN card would have been even better. On the wired networking side, it is disappointing to see GIGABYTE avoid an Intel GbE LAN chipset such as the i217-V. Instead, we have a Realtek chipset (which doesn't offload the CPU as much as the Intel i21x when it comes to processing network traffic).