The power consumption at the wall was measured with a 1080p display being driven through the HDMI port. In the graphs below, we compare the idle and load power of the ECS LIVA X with other passively cooled PCs evaluated before. For load power consumption, we ran Furmark 1.12.0 and Prime95 v27.9 together. The numbers are not beyond the realm of reason for the combination of hardware components in the machine. 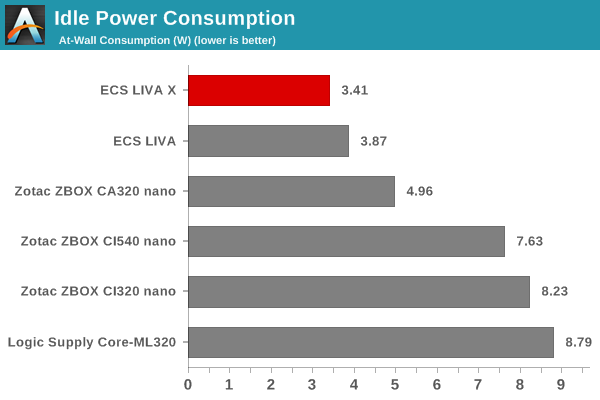 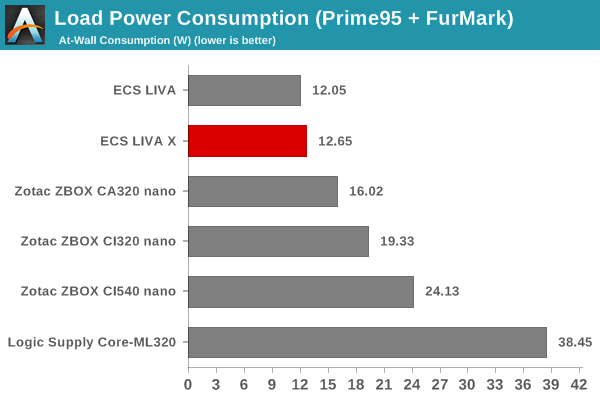 Load power consumptionis slightly higher in the LIVA X, but that is to be expected with the bump in the clock speeds compared to the original LIVA. The LIVA and the LIVA X turn out to be amongst the most power efficient passively cooled PCs that we have evaluated

In order to evaluate thermal performance, we first ran our test for load power consumption and made sure that the unit wasn't getting throttled. In order to determine the efficiency of the cooling system, we first loaded up the CPU alone using just Prime 95 for around 30 minutes. This was followed by addition of the GPU load (FurMark) for another 30 minutes, and then removal of the CPU load for 10 minutes. The system was then left idle. The various clocks in the system as well as the temperatures within the unit are presented below. 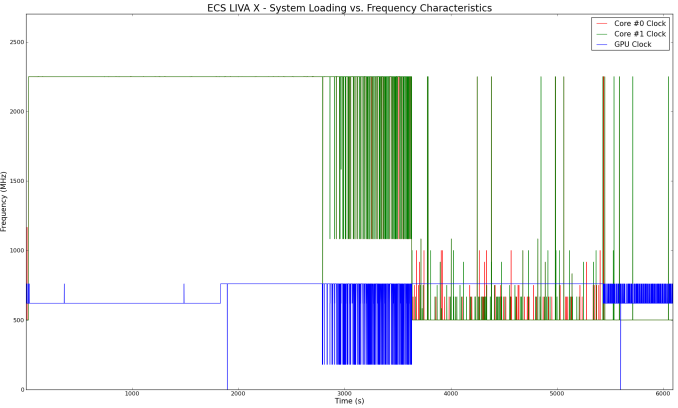 One thing to note is that the cores are configured to run at the turbo speed (2.25 GHz) when the system is stressed. Unfortunately, half-way through our CPU + GPU load test, the system started throttling, with the CPU clocks going as low as 1.1 GHz (from 2.25 GHz) and the GPU clocks going as low as 200 MHz (from the 760 MHz loaded state). The drops in the frequency can be directly correlated with the core temperature graphed below at the same time. Even though the CPU doesn't reach the maximum junction temperature of 100 C, ECS has opted for precautionary throttling at 96 C itself. 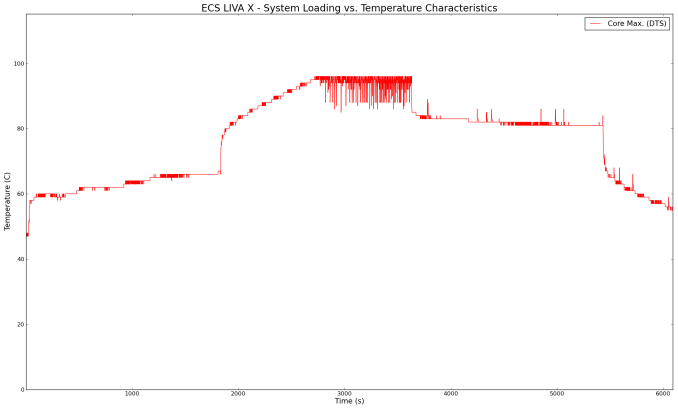 The throttling was very surprising because ECS has opted for a very thick thermal heat sink (evident in the increased weight of the system) which should potentially perform much better compared to what was in the ECS LIVA. It turned out that the media samples we received had the thermal pads in the wrong place. Customer shipments will shift them a bit to resolve the overheating issue. 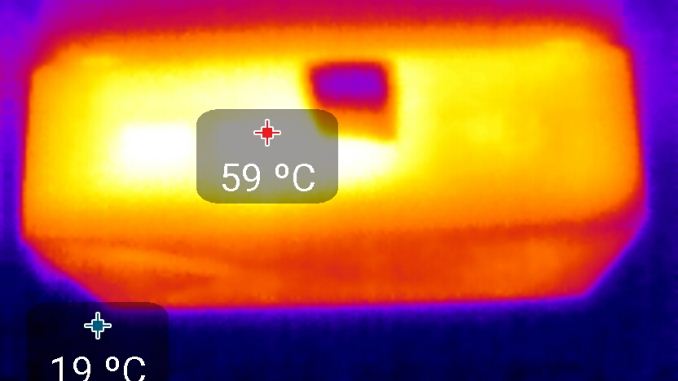 Even though the internal core temperature was close to 100 C, the chassis itself never got too hot to touch. As our thermal imager showed, the maximum external temperature was only 59 C.