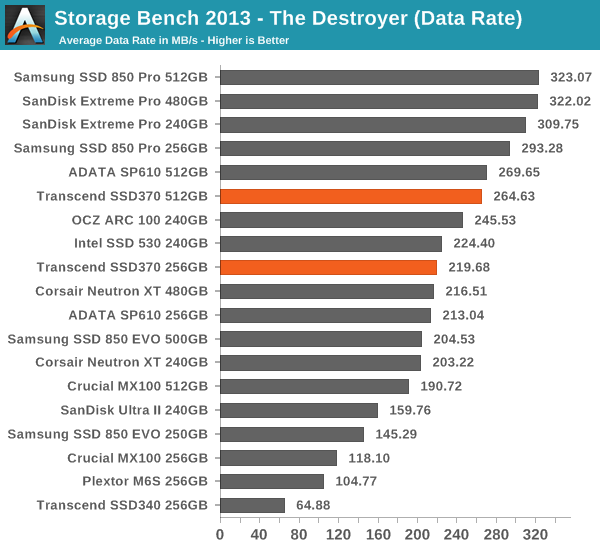 What surprises me is that the SSD370 does so well in the 2013 Storage Bench even though its IO consistency is leaves a lot to be desired. Again the performance is a very close match with the SP610 and overall the SSD370 is a fairly capable middle-class performer. 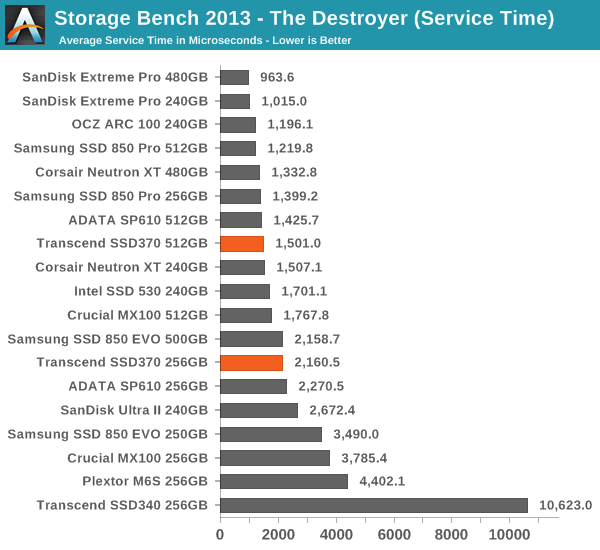