The ASRock BIOS and software has changed little since our review of the ASRock X99 WS, and hence is updated here with the WS-E/10G specific information.

The ASRock BIOS shifted slightly between Z87 and Z97, and it is the Z97 implementation we get on X99. This means the starry background is gone, replaced with a dark and blue-crystalline image. The icons are also reduced to mere text with a small image and the menu sections are of equal size which I prefer. There is also an adjustment to the OC Tweaker layout, which we will come to. 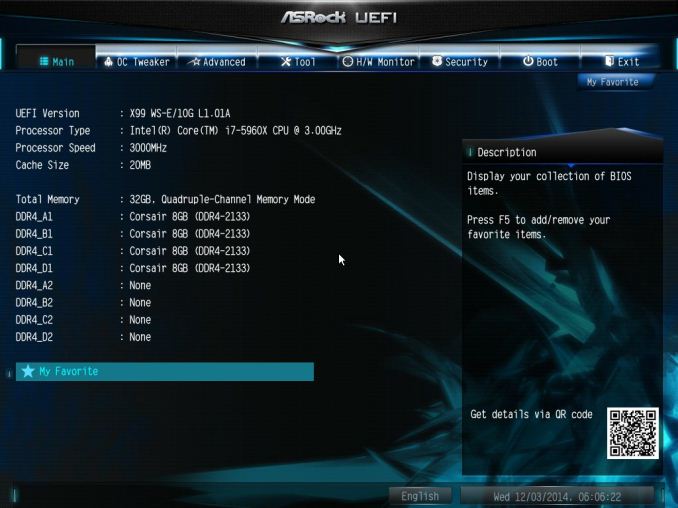 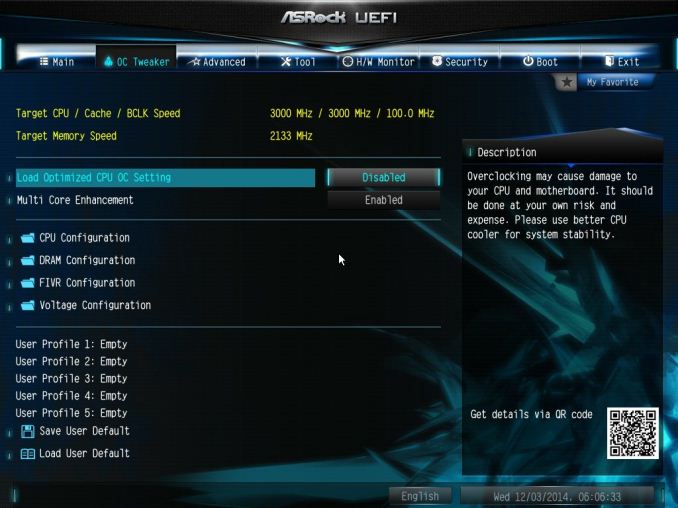 ASRock cuts straight to the chase – the first two options deal with overclocking. We have touched on features like Multi Core Enhancement many times previously, but it is interesting to have it so high up on the list of options. The Optimized CPU OC Setting gives some easy selections for overclocks based on ASRock’s internal testing: 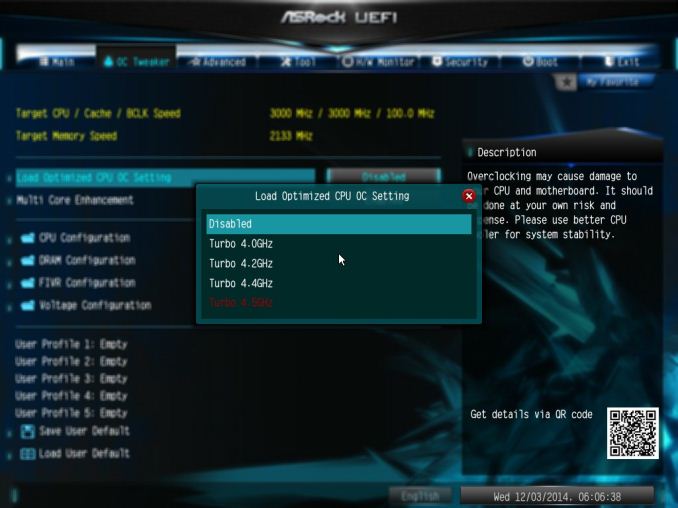 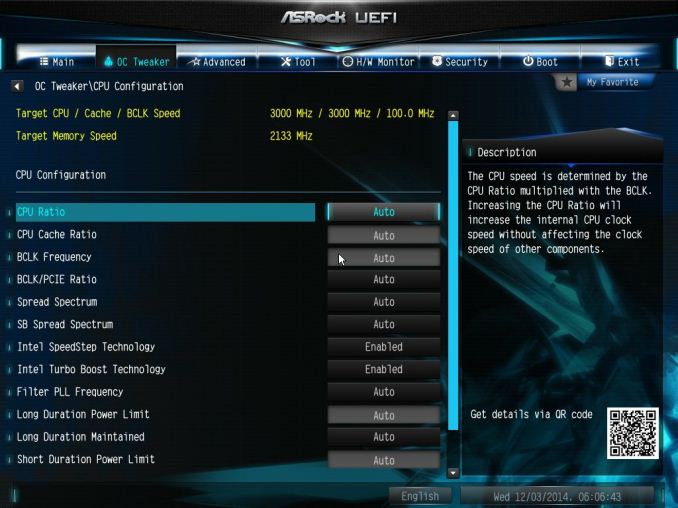 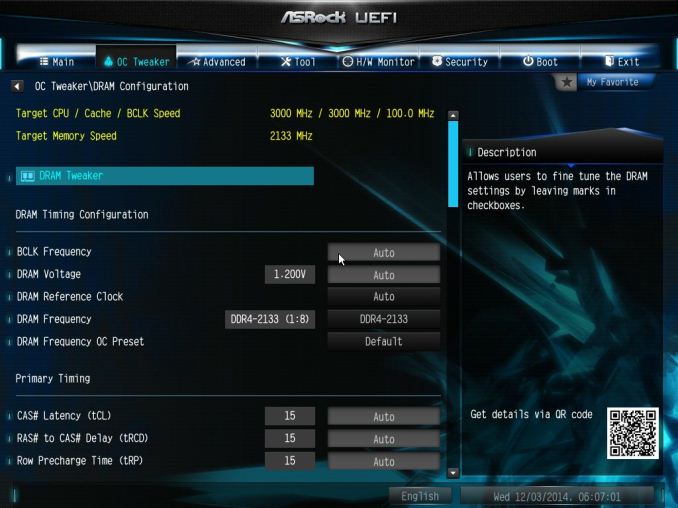 The FIVR Configuration menu from the OC Tweaker page deals primarily with the CPU and CPU Cache/uncore voltages. 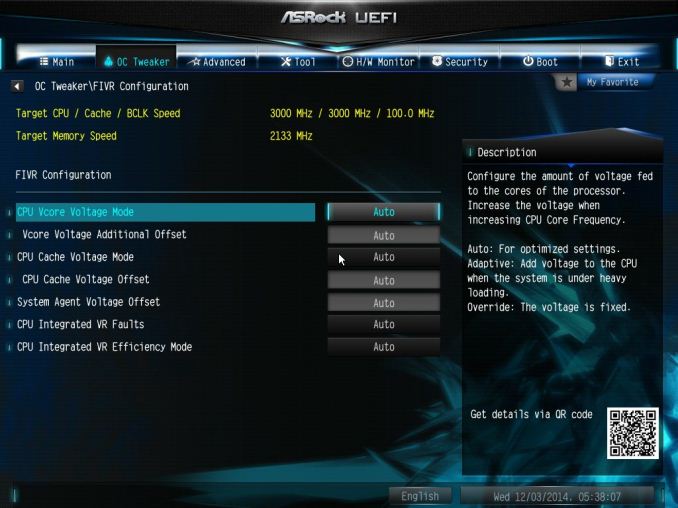 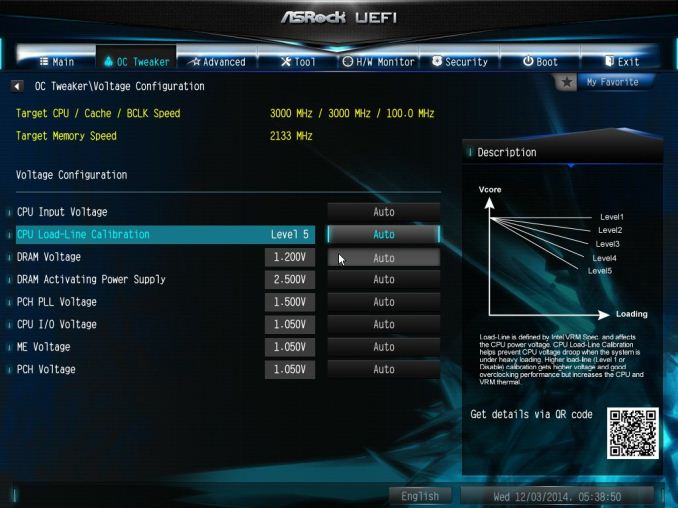 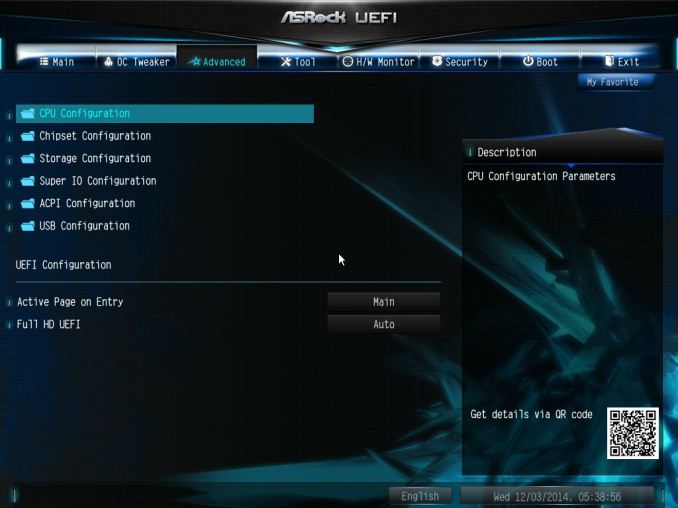 An adjustment to the X99 WS BIOS is that the Active Page on Entry setting has been moved here. 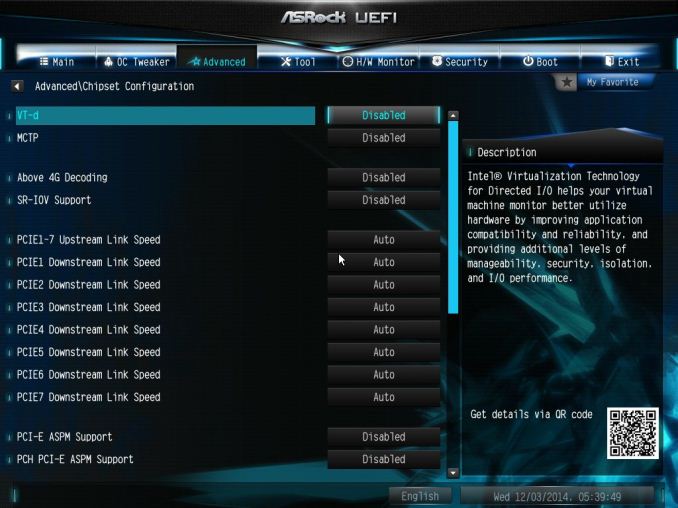 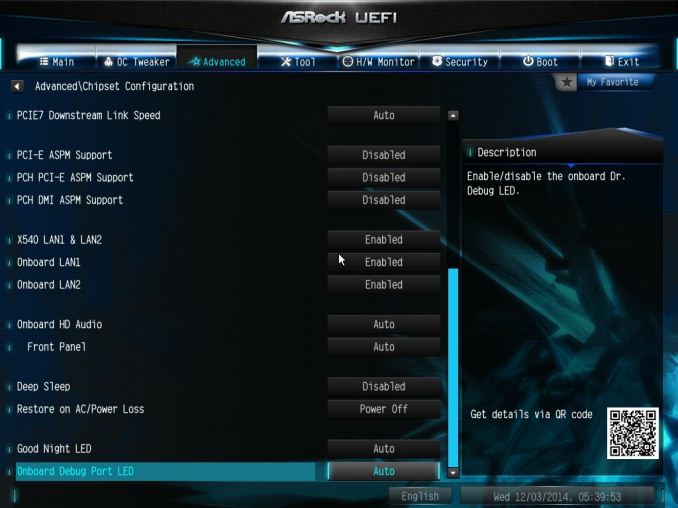 By default the ‘Above 4G Decoding’ is disabled, and I am surprised not to see an option here to enable the Thunderbolt header as is typically present in TB capable products. 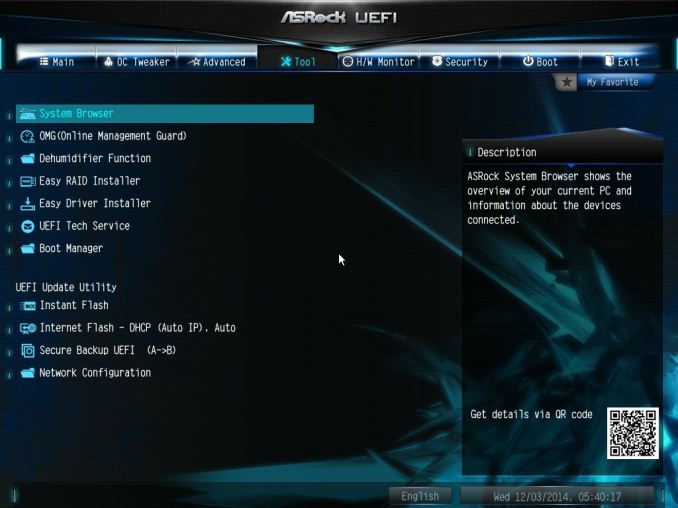 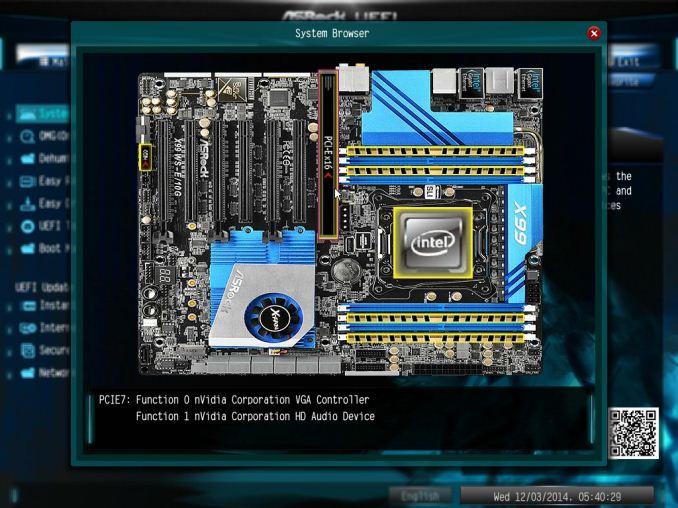 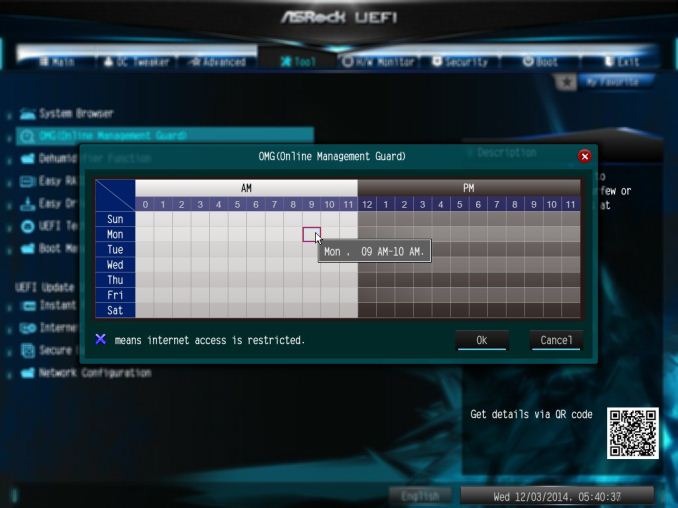 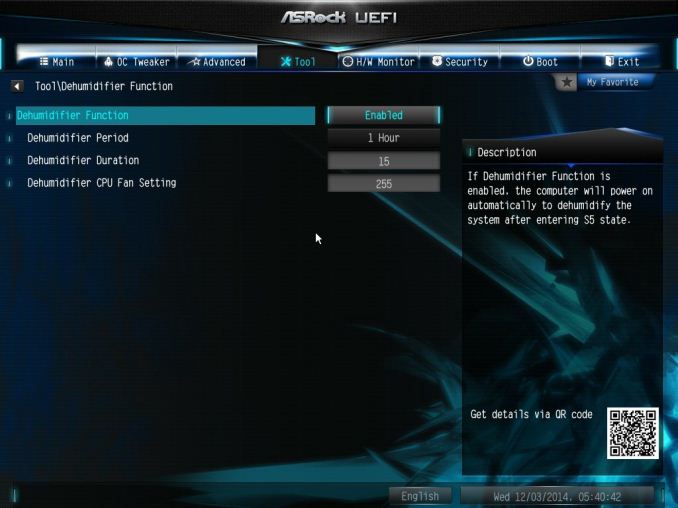 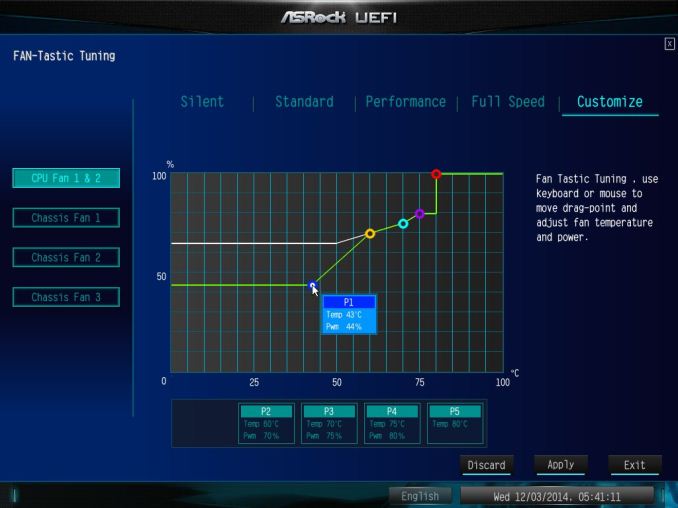 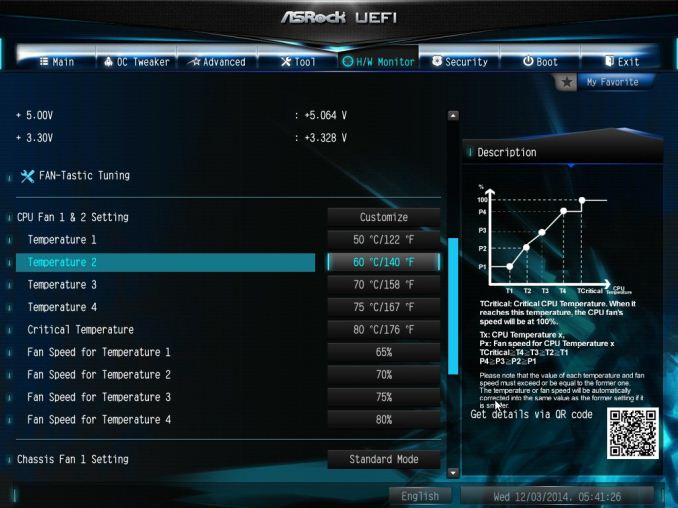 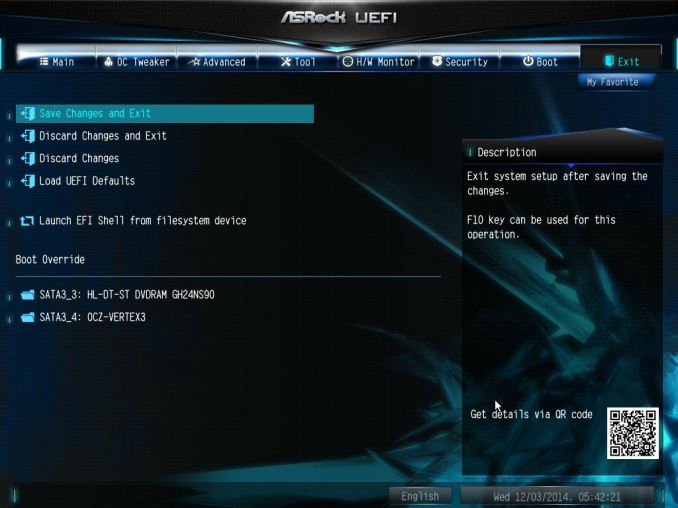