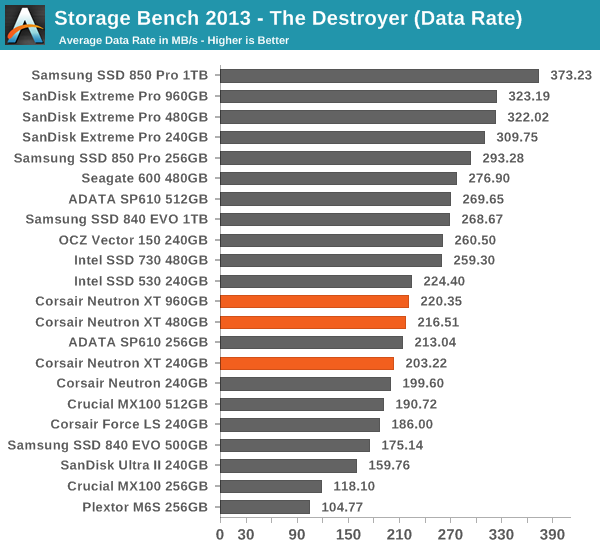 The Neutron XT offers a healthy performance boost over the Force LS in our 2013 Storage Bench, but overall ends up in the middle-class. The Phison S10 platform appears to be very competitive with Silicon Motion's SM2246EN (ADATA SP610 in the graphs), but it can't challenge the high-end drives from Samsung, SanDisk, and OCZ. 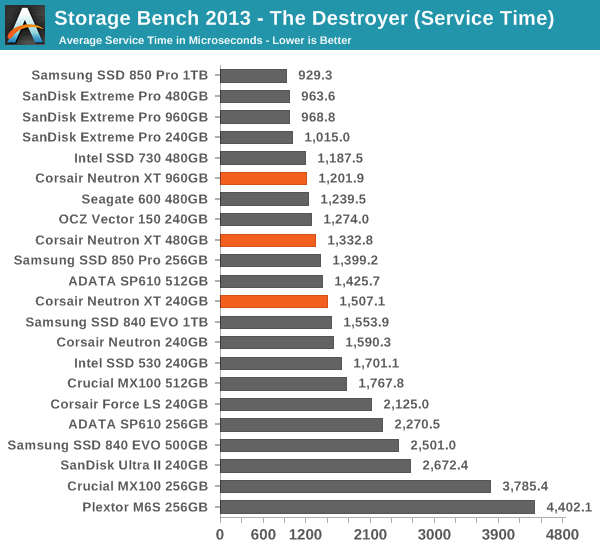