CPU benchmarks in the mobile world are still somewhat poor and can be hard to use to compare devices across different operating systems and hardware platforms. Thankfully, GPU benchmarks are less influenced by a device's operating system and are more helpful in comparing different devices. Like all Snapdragon 805 devices, the Nexus 6 uses an Adreno 420 GPU clocked at 600MHz. 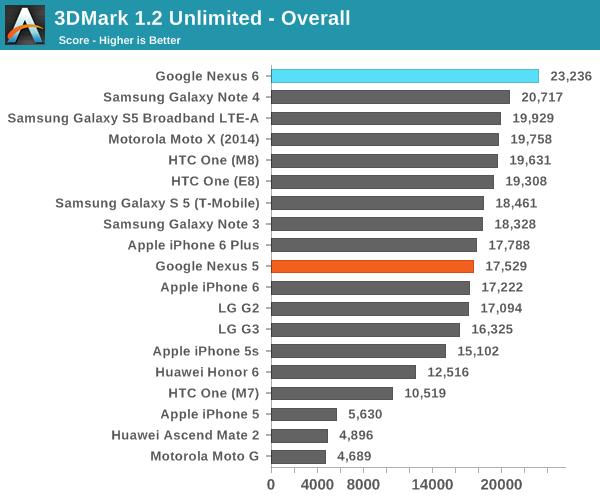 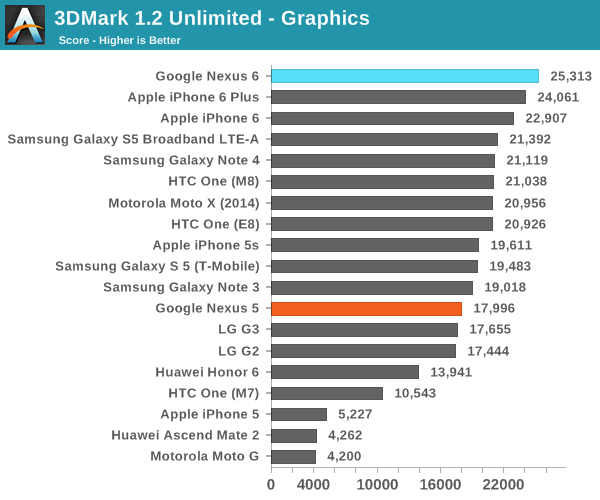 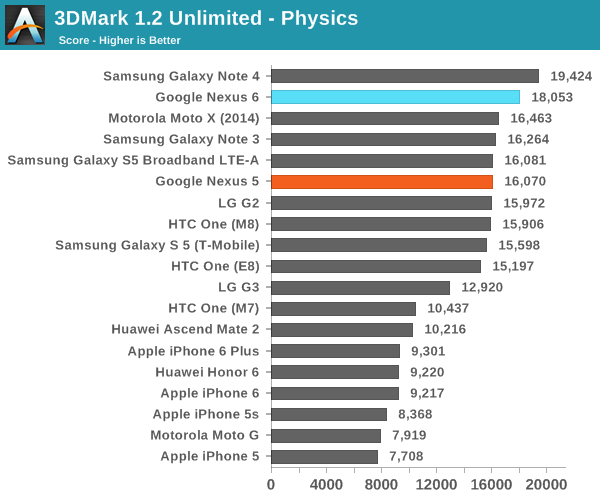 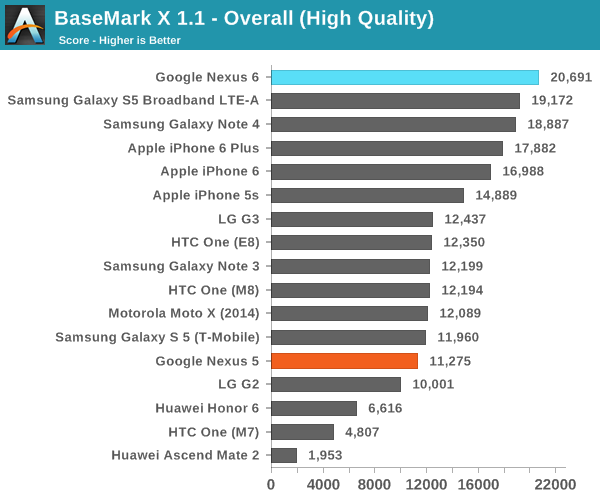 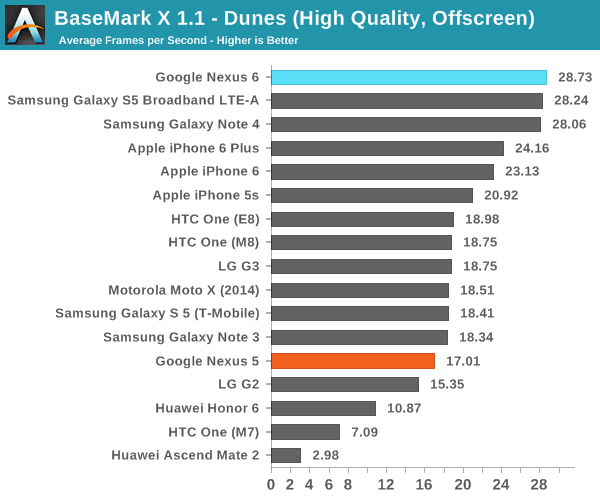 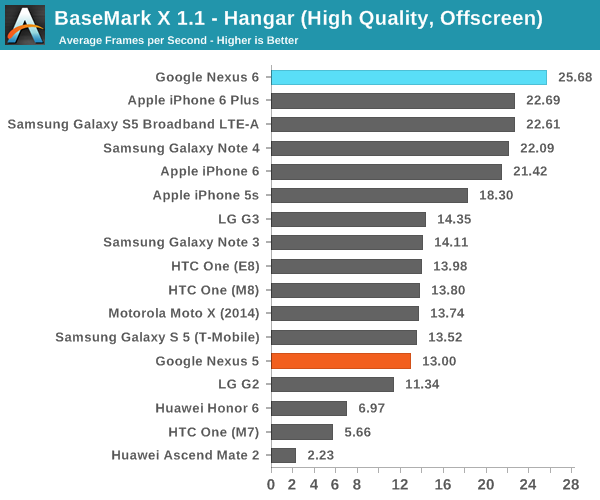 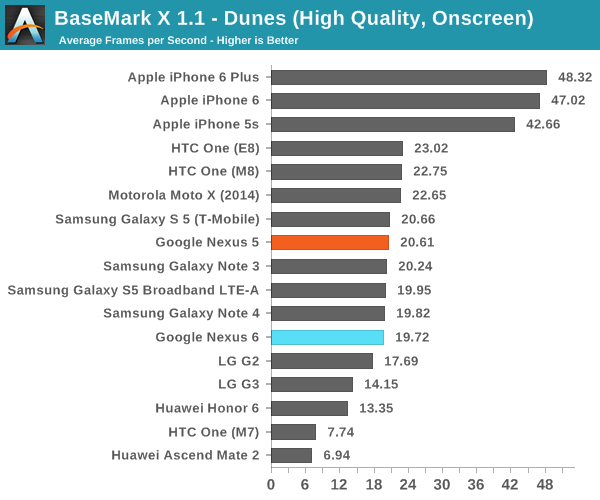 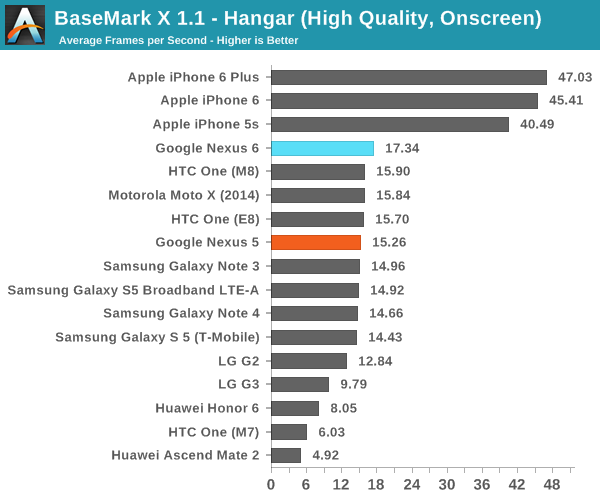 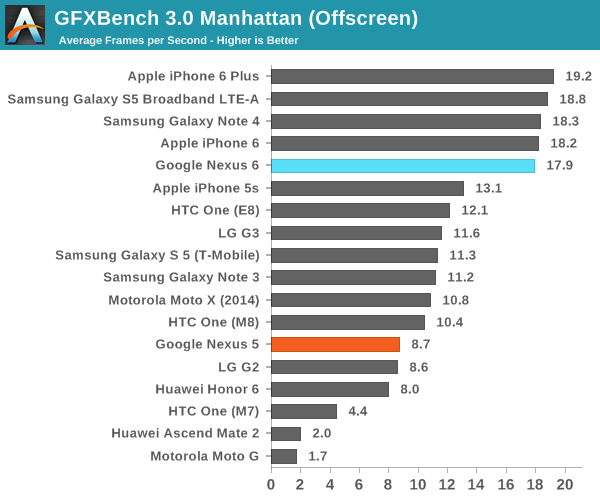 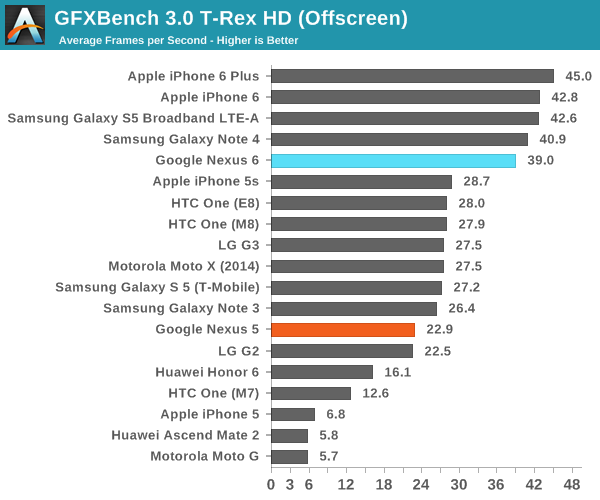 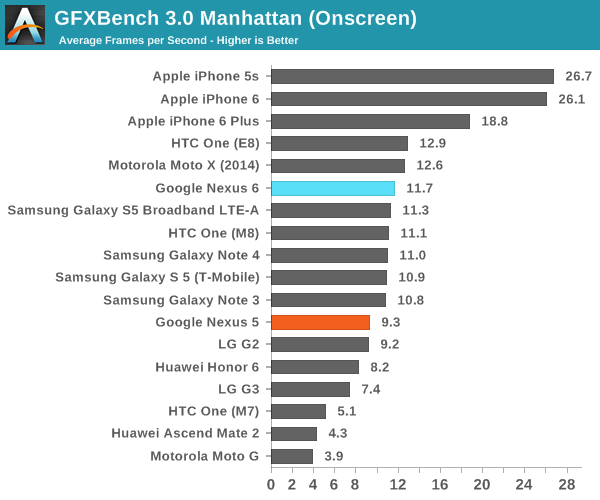 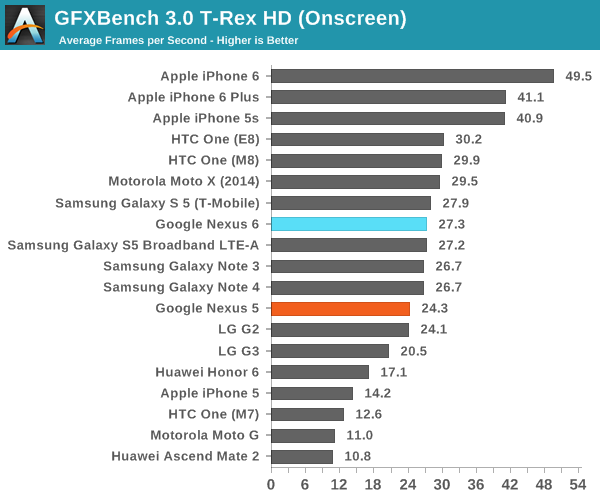 The GPU performance of the Nexus 6 is what is expected from Qualcomm's Adreno 420. Offscreen benchmarks run at 1080p show significant performance gains over the previous generation. Like with the Galaxy Note 4, the increased display resolution causes onscreen benchmarks to give roughly the same performance as 1080p devices that use the Adreno 330.