On the GPU side of things the iPad Air 2 seems to have a GX6650, which should provide a healthy boost to GPU performance when compared to the GX6450 in the A8. Apple has placed a strong emphasis on gaming for their iPad line, so there are some obvious comparisons to be made between NVIDIA's Tegra K1 and the A8X as well. To test this, we use a suite of benchmarks that can give a good idea of real world gaming performance. 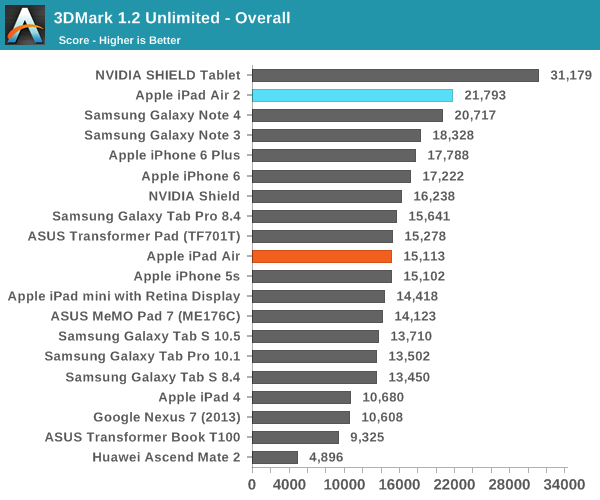 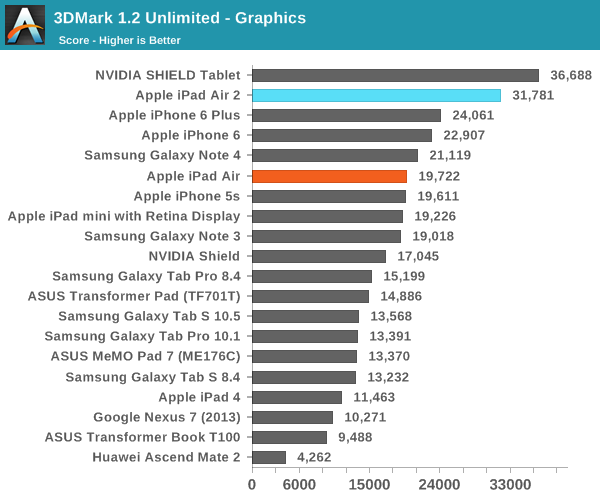 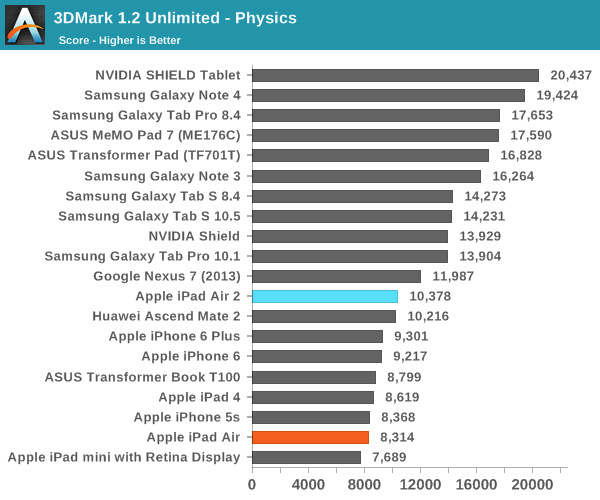 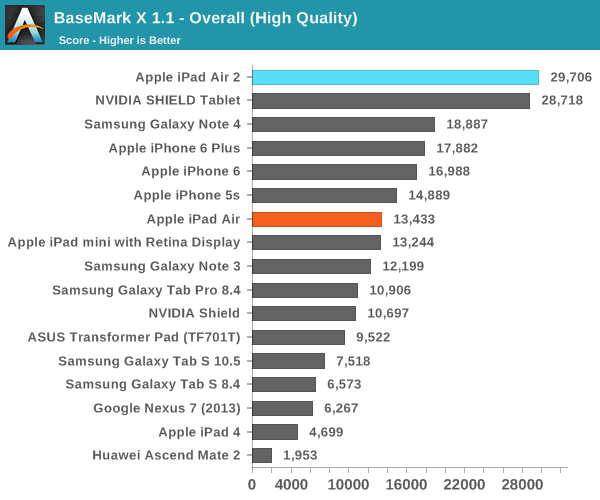 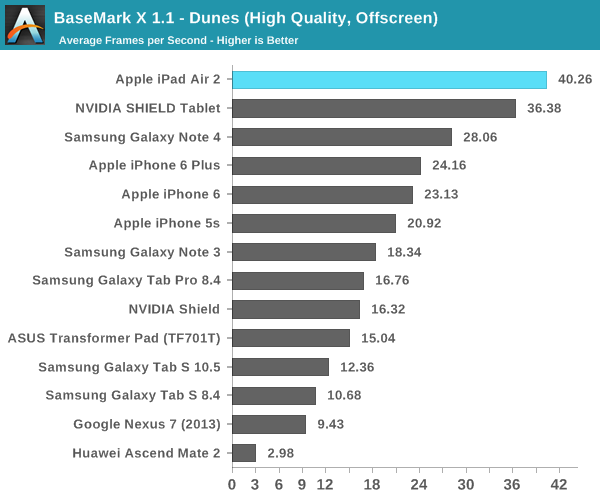 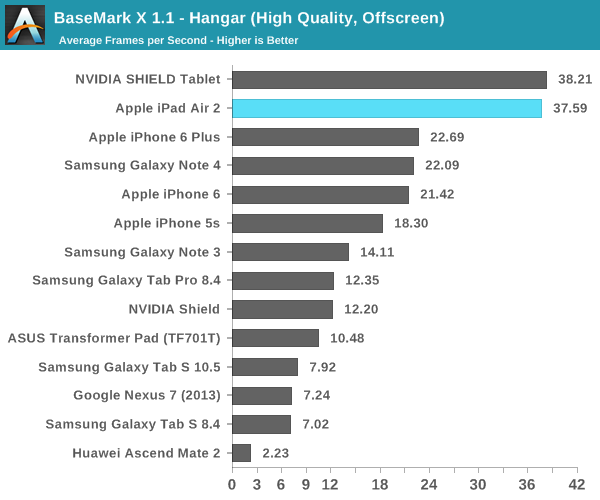 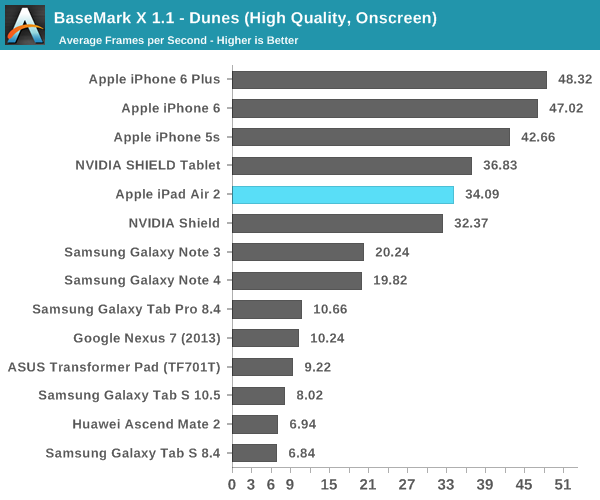 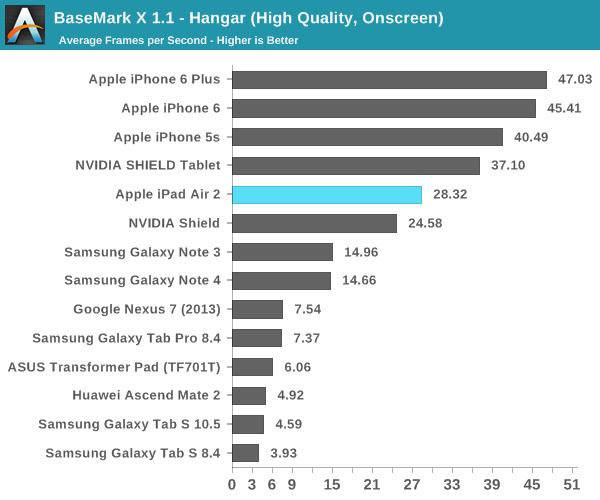 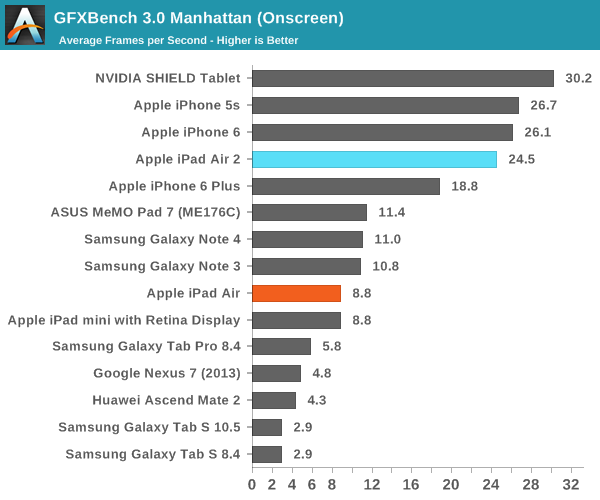 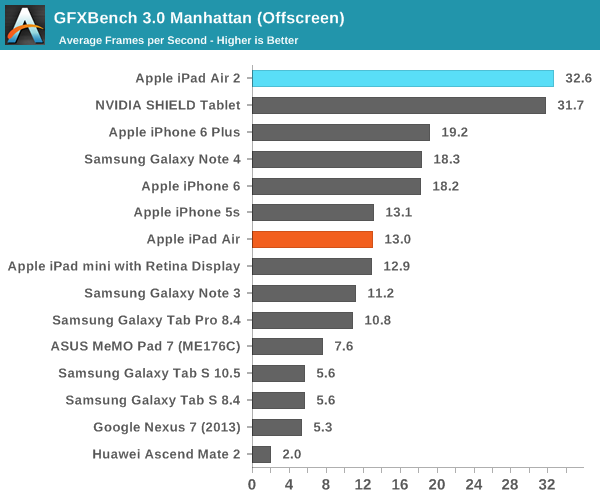 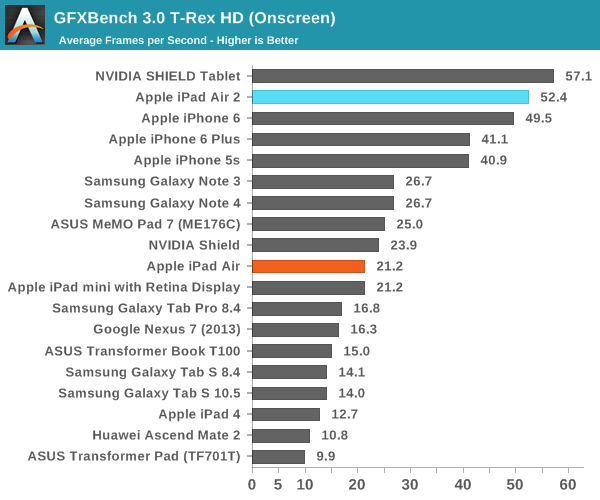 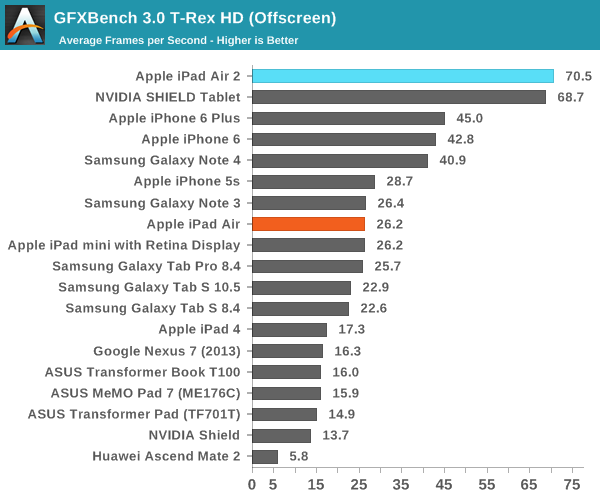 In practice, while we see that the A8X's GPU is extremely close to Nvidia's single Kepler SMX across the board, with the sole exception of 3DMark which seems to be due to the dependencies present in the physics test that dramatically lower the overall score. NVIDIA's Tegra K1 seemed incredible for its GPU performance earlier this year, so it's just as surprising to see Apple successfully rival NVIDIA in this area. Of course, GPU performance is a function of both peak performance and sustained performance, so we'll have to look at the GFXBench battery rundown test to get the full picture here. If Apple can deliver far superior performance and battery life in such a situation, it's pretty clear that the jump to 20nm will be critical to pushing the limits on what's possible in a mobile device.

As we've seen before on some tablets, poor storage performance can cause major issues with the overall experience as I/O pauses can far exceed just a few frame drops that one might expect from cases of UI lag induced by insufficient performance elsewhere. In order to attempt to quantify this performance we use a custom utility developed by Eric Patno. While such testing is far from a complete look at performance, this can give a rough idea of what to expect. 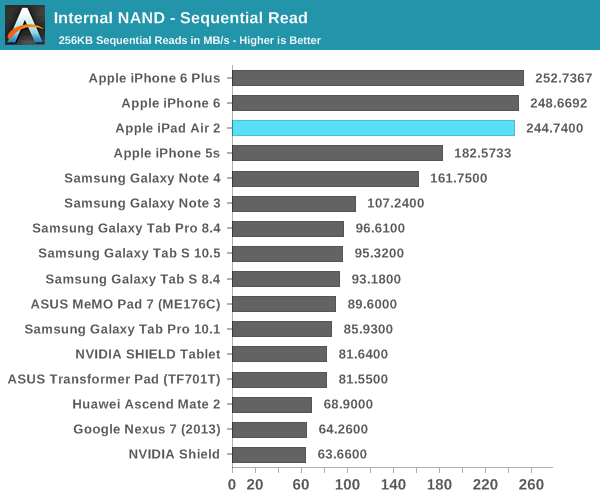 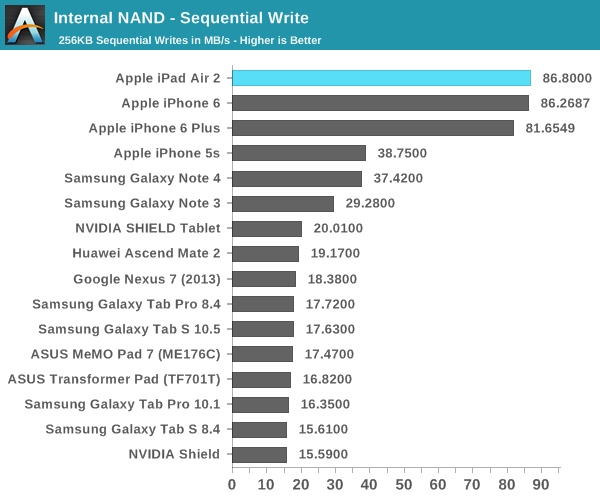 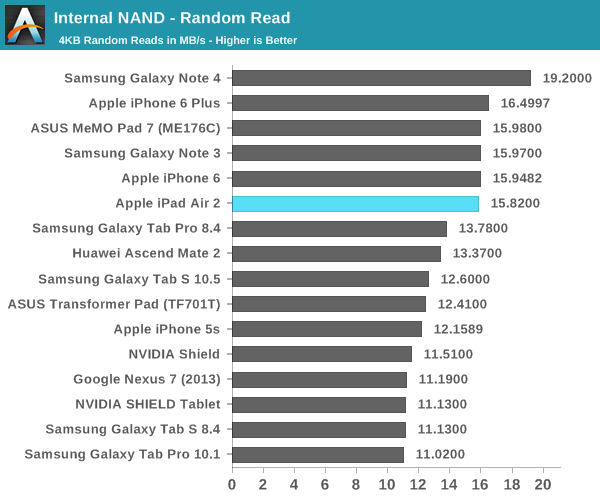 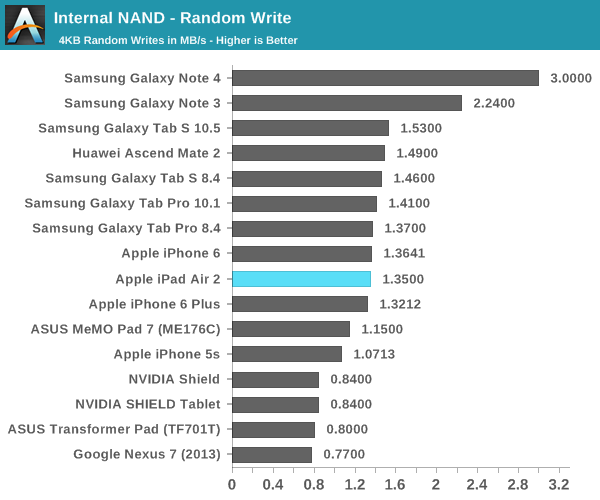 Overall, it seems that Apple does quite well on the storage tests. It seems that the iPad Air 2 shares its storage solution with the iPhone 6. While I don't have an iPad Air on hand for testing, it should match quite closely to the iPhone 5s. This represents a generally high-quality NAND solution, but as mentioned before random I/O could stand to improve a bit. Compared to most of the lower-cost Android tablets it's definitely as good as it gets though.