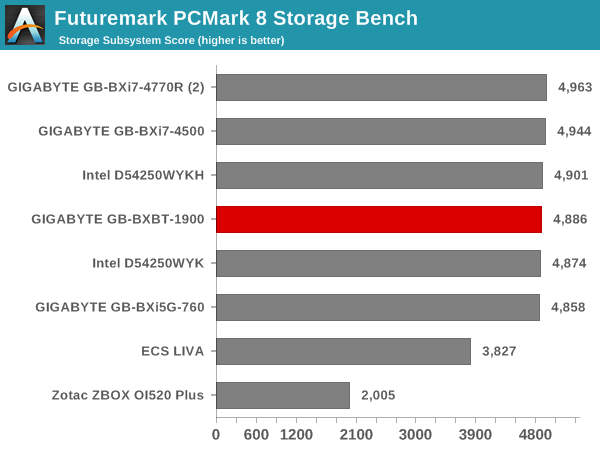 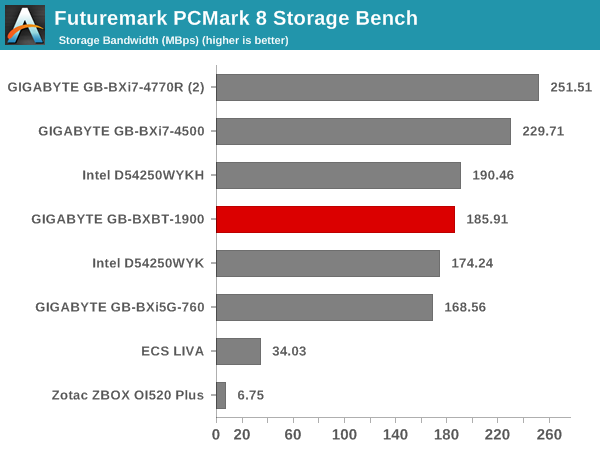 The Samsung SSD 840 EVO is the same model that was used in the BRIX Pro. While there is not much to separate them in the storage subsystem score, there is quite a bit of difference in the storage bandwidth. Since the storage bandwidth workloads are real-world traces, it makes sense that the CPU can act as a bottleneck. This is the reason why we have a gap of more than 60 MBps between the two systems. Effectively speaking, pairing the Samsung SSD 840 EVO with a Celeron J1900 system will not expose the full benefits of the SSD in real-world situations. It goes without saying that the SSD does make the system more responsive by removing disk I/O bottlenecks compared to hard drives (such as the one used in the ZBOX OI520 PLUS). 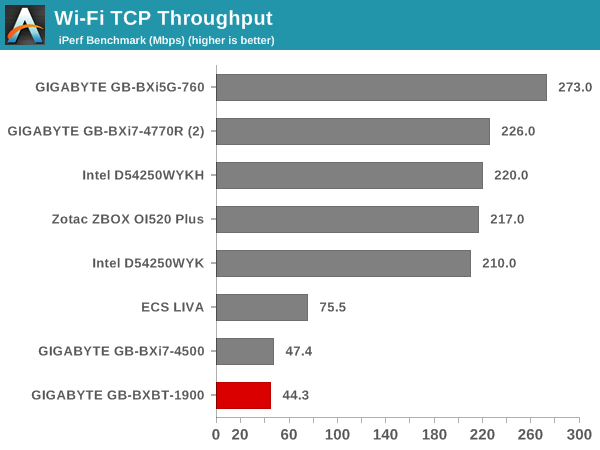 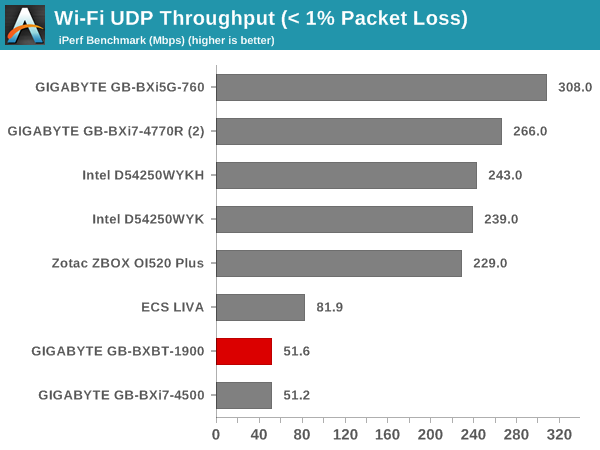 The BXBT-1900 uses the same Realtek RTL8723BE 1x1:1 802.11n / BT combo that we saw in the BXi7-4500 earlier this month. The slight differences in the throughput numbers above can be attributed to antenna placement. In any case, a single stream 802.11n card is the bare minimum that today's PCs can ship with. Given the low price target for this Bay Trail system, we believe GIGABYTE can be excused for bundling such a card.