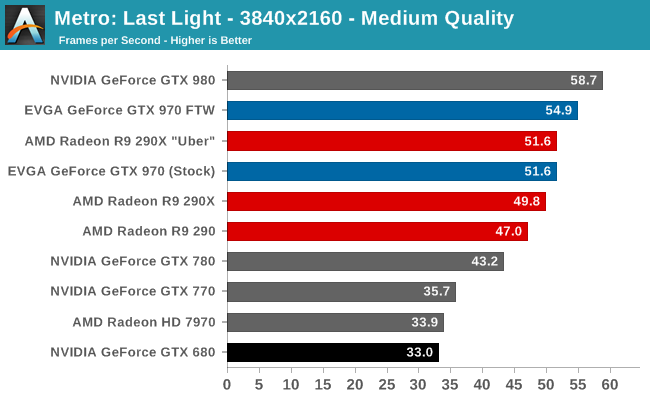 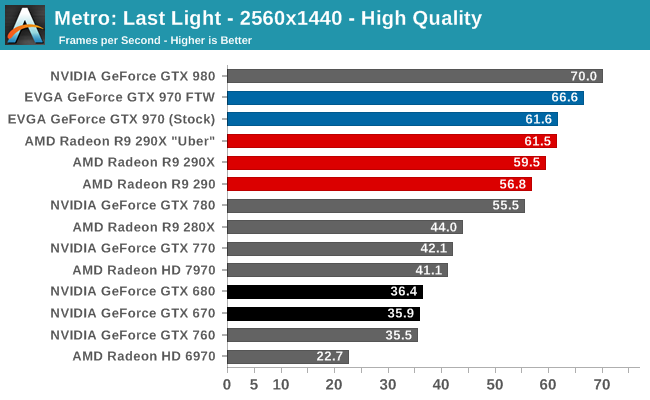 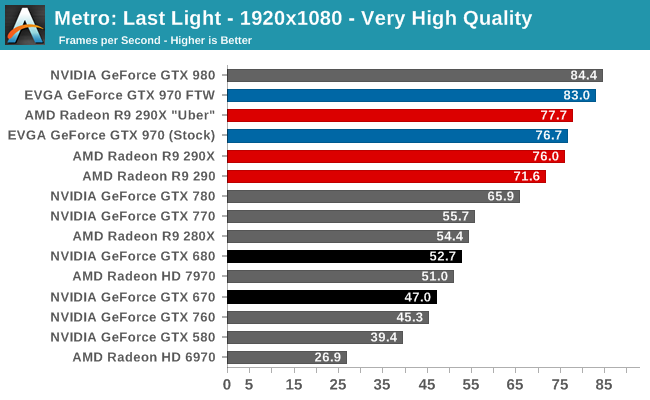 This game ends up being a very good summary of what we’re going to see. The GTX 970 and R9 290XU trade blows from game-to-game, but in the end the two are a tie, just as we see here. Which for NVIDIA is a great outcome, as it means they’re tying a card that's nearly 50% more expensive.

Meanwhile if we push on the gas pedal a bit harder with the GTX 970 FTW, we see the EVGA card pull ahead of the R9 290XU and stock GTX 970 by 8%. This is a bit above average overall for the GTX 970 FTW, but it does conveniently highlight the fact that even if AMD officially pushed the clock speeds of R9 290XU a bit more, they’d still end up with GTX 970 right next to them.