With GTX 980 NVIDIA surprised us with their stunning turnaround in in GPU compute performance, which saw them capable of reaching the top in many compute benchmarks they couldn’t before. GTX 970 meanwhile should benefit from these architectural and driver improvements, though since compute is nearly analogous to shader performance this is also a case where the performance difference between the GTX 970 and GTX 980 stands to be among its widest.

As always we’ll start with LuxMark2.0, the official benchmark of SmallLuxGPU 2.0. SmallLuxGPU is an OpenCL accelerated ray tracer that is part of the larger LuxRender suite. Ray tracing has become a stronghold for GPUs in recent years as ray tracing maps well to GPU pipelines, allowing artists to render scenes much more quickly than with CPUs alone 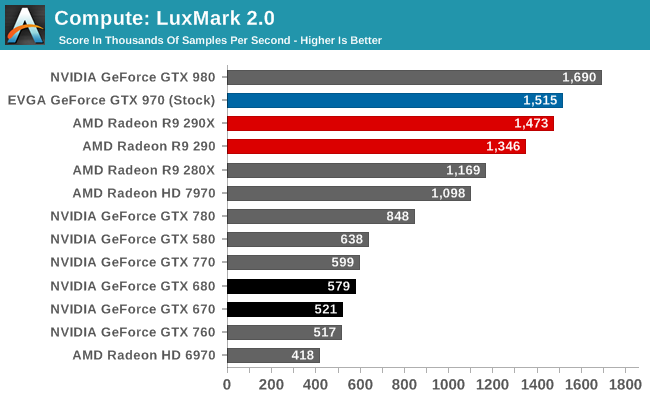 Thanks to GTX 980 taking the top spot here, GTX 970 still maintains a small lead over R9 290XU. So even with the GTX 970's weaker performance, it can still manage to outperform AMD's flagship in this case.

For our second set of compute benchmarks we have CompuBench 1.5, the successor to CLBenchmark. We’re not due for a benchmark suite refresh until the end of the year, however as CLBenchmark does not know what to make of GTX 980 and is rather old overall, we’ve upgraded to CompBench 1.5 for this review. 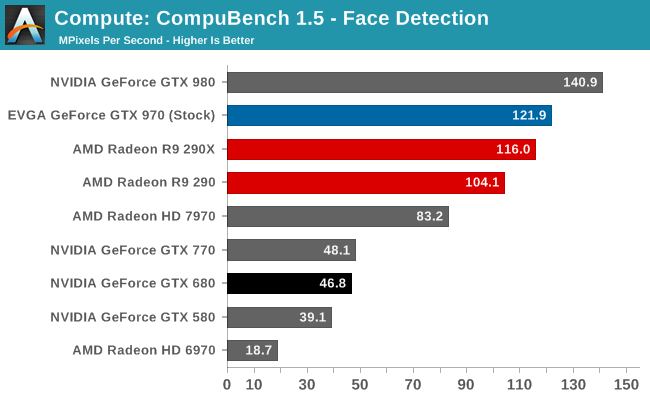 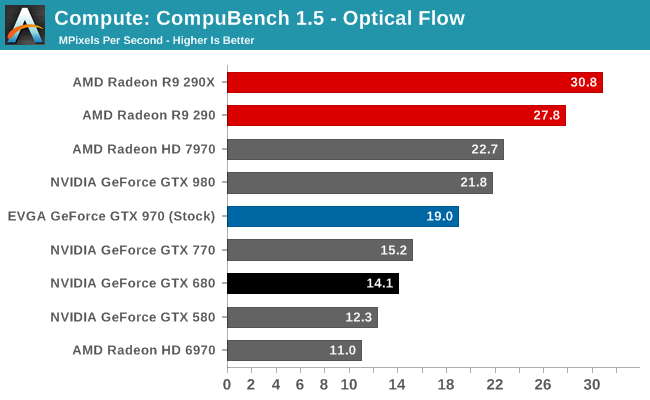 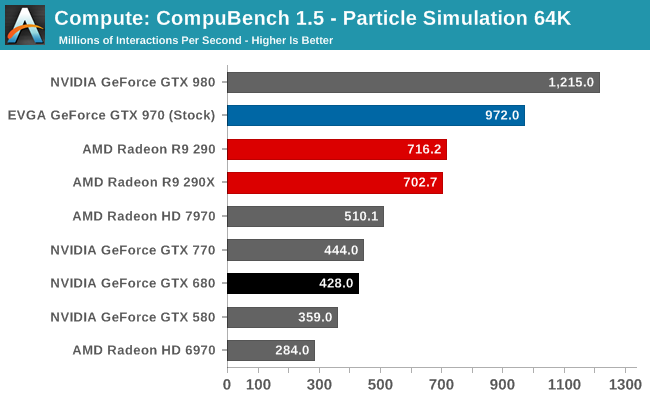 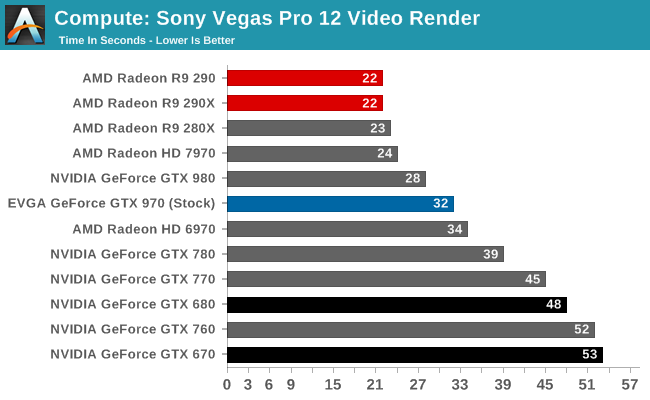 As expected, GTX 970 sheds a bit of performance here. AMD still holds a lead here overall, and against GTX 970 that lead is a little bit larger. 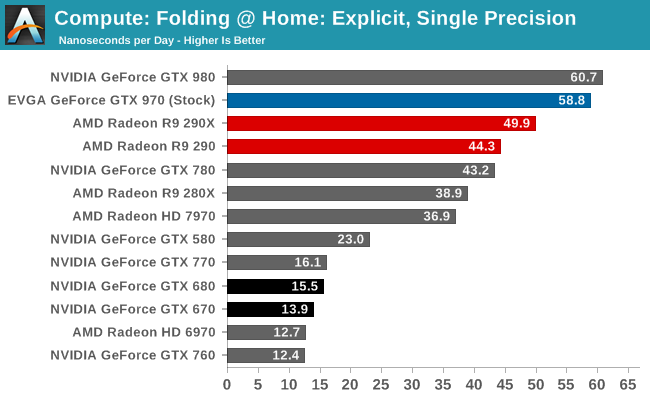 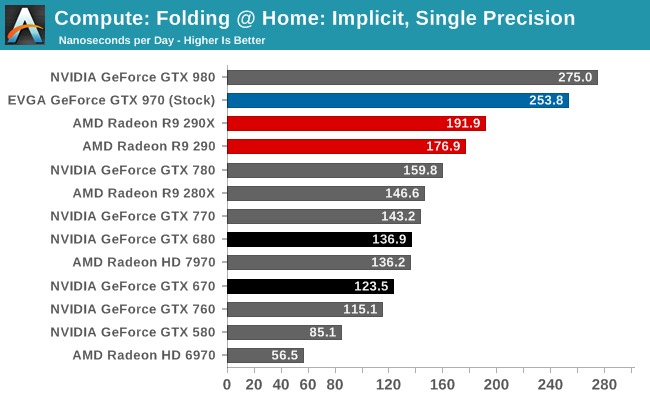 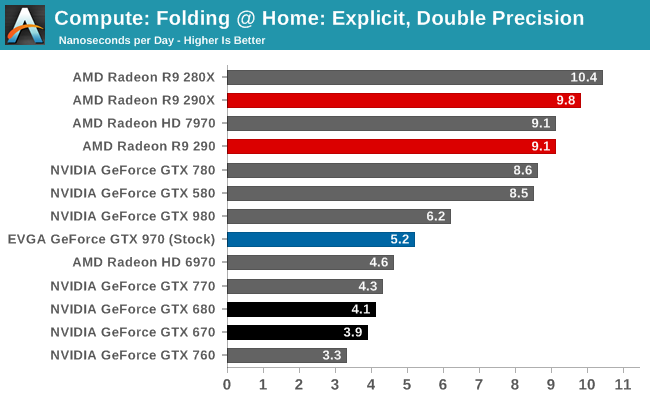 With the GTX 980 holding such a commanding lead here, even with the GTX 970’s lower performance it still is more than enough to easily beat any other card in single precision Folding @ Home workloads. Only in double precision with NVIDIA’s anemic 1:32 ratio does GTX 970 falter. 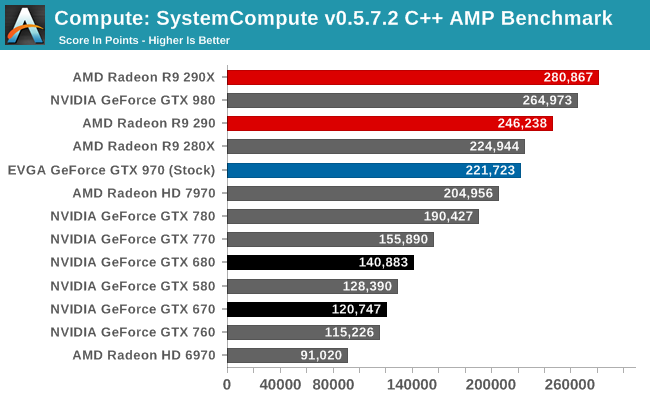 Recently this has been a stronger benchmark for AMD cards than NVIDIA cards, and consequently GTX 970 doesn’t enjoy quite the lead it sees elsewhere. Though not too far behind R9 280X and even R9 290, like GTX 980 it can’t crunch numbers quite fast enough to keep up with R9 290XU.