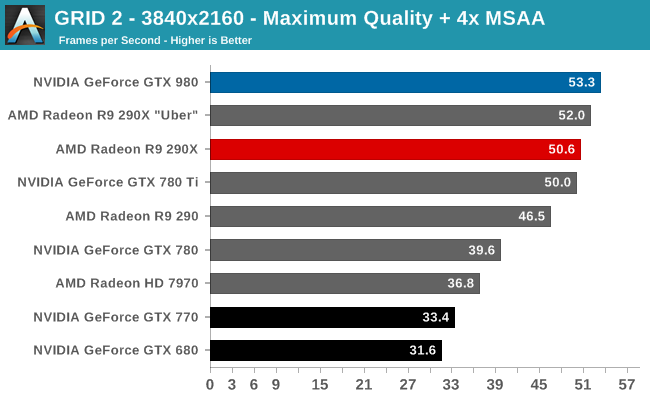 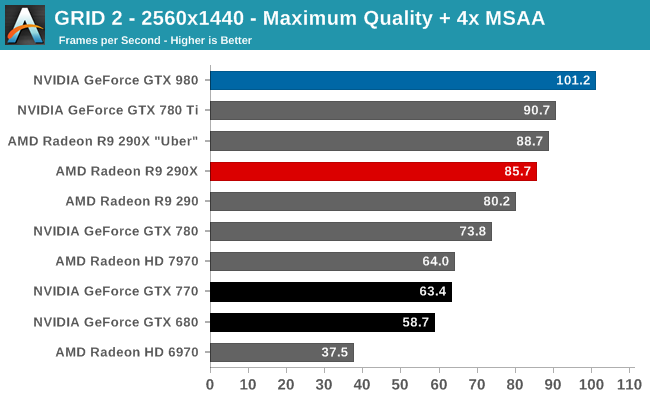 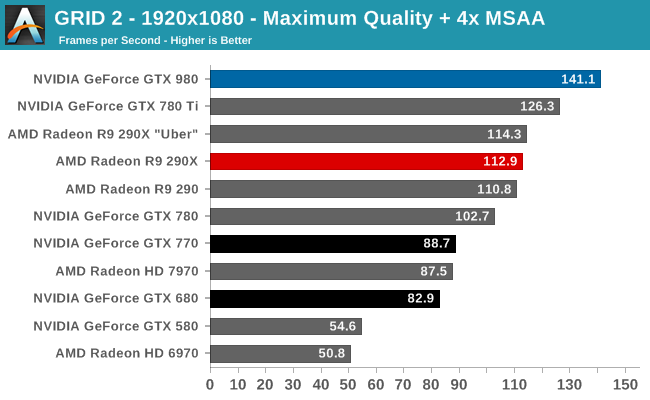 144Hz gamers will find 1080p quite useful, with the GTX 980 coming just short of averaging a matching framerate. Otherwise for 2560p one would need to settle for 101fps. Though for 4K gamers, even a single GTX 980 is more or less enough here; 53fps at 4K with Maximum quality and 4x MSAA means that at most a drop to 2x MSAA would get it above 60fps without involving a second card. Maybe this is a good case for NVIDIA’s new Multi-Frame sampled Anti-Aliasing? 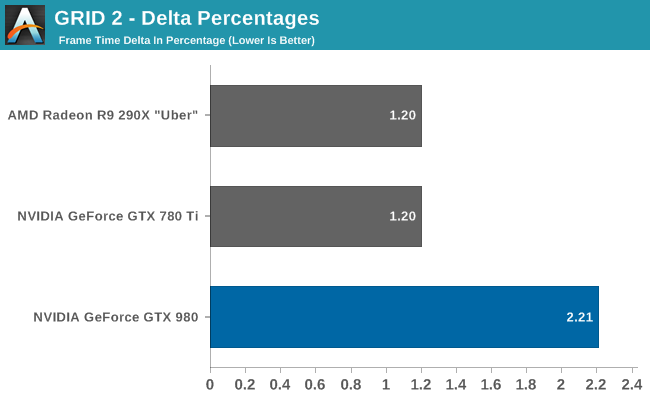 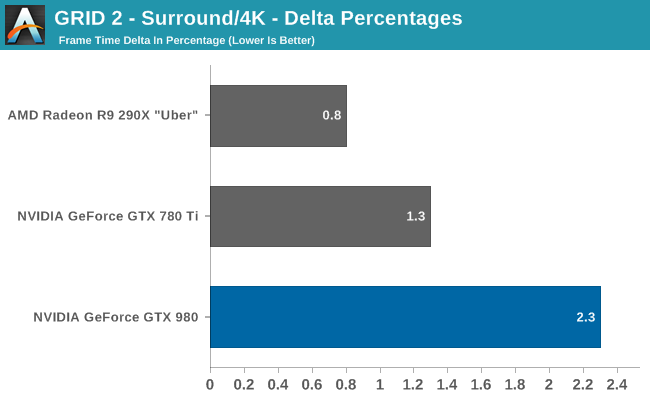 Our last set of delta percentages once again finds the GTX 980 easily below 3%. Though the variance is higher than with the other two cards, and by more than just what we would expect as a result of higher average framerates. 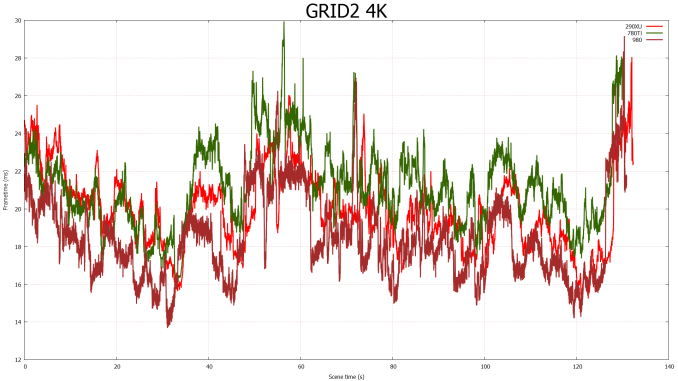