As I mentioned on page one, the Ultra II does not support DevSleep, but it does support slumber power. SanDisk decided against DevSleep support based on the fact that there are only a handful of systems that support DevSleep and most of them are already equipped with M.2 SSDs. In other words, DevSleep is not a feature that adds value to the aftermarket buyer because it will not be supported by the device anyway.

Overall the Ultra II has great power characteristics. The slumber power is low (although not the lowest) and under load the Ultra II is very efficient and stays at about 2W. 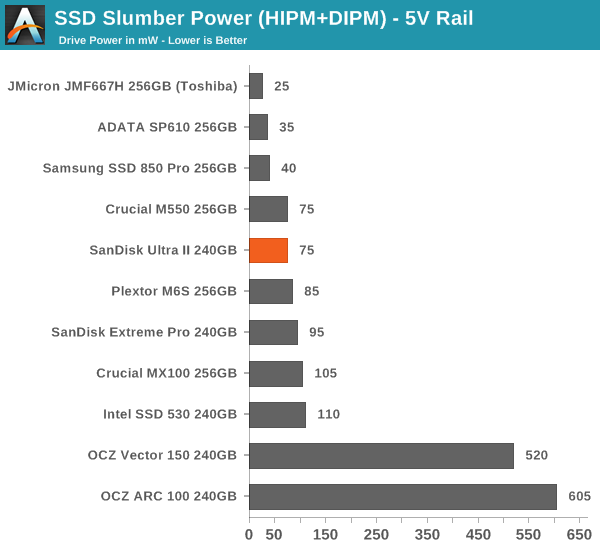 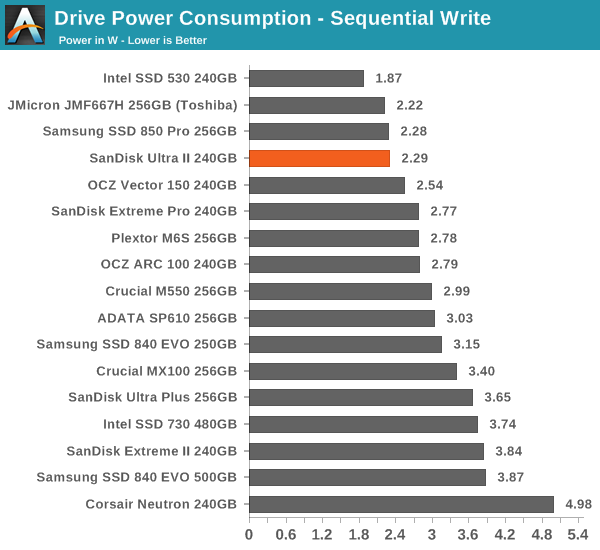 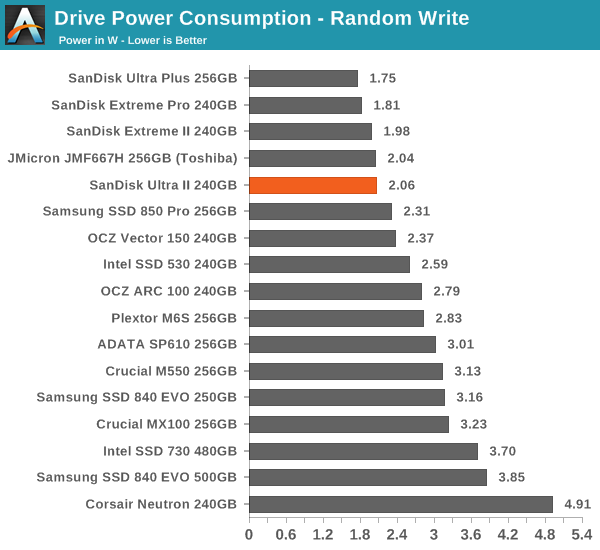