We feel that the strongest positive points of the Torq X10 are its great performance and solid software. There is a reason the Avago 9800 laser sensor is widely used by gaming mice designers and manufacturers. It has excellent tracking performance even at DPI settings so high that they're virtually unusable, on nearly every surface available, with nearly zero (practically immeasurable) hardware acceleration. Paired with a good controller and solid software, this sensor is excellent for gaming.

The presence of such a controller and software also allows for the thorough customization of the mouse, allowing it to be fashioned to fit the exact needs of each user. As far as performance and customization are concerned, the EVGA Torq X10 left us no room for any serious complains. But while the Torq X10 performs very well, we have mixed feelings about its overall quality. 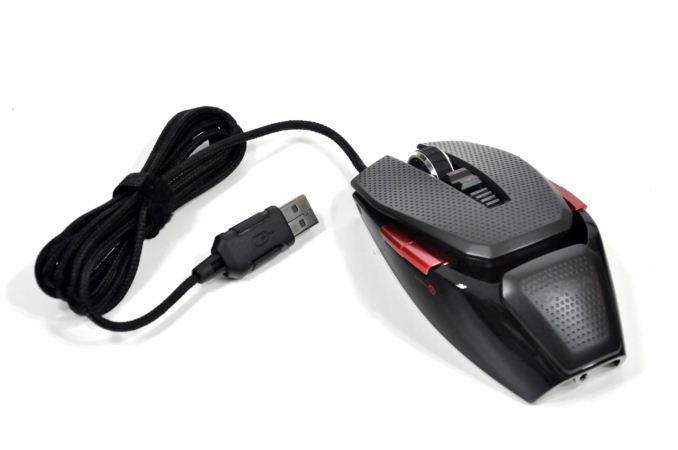 The quailty of the Torq X10 is not bad, not even mediocre, but this is supposed to be a top-tier gaming mouse and so we cannot be forgiving. Mechanically, the Torq X10 is very well made, with a solid chassis and good plastic body parts. It also features a very good scroll wheel and Omron primary switches. On the other hand, the glossy plastics are slippery and get dirty very easily.

Furthermore, the side buttons feel wobbly and their high location is far from ideal, as it makes it both difficult for your thumb to adjust and easy to accidentally press them with your ring or pinky fingers. With some practice, an advanced user can achieve the ability to press the two side buttons with his or her thumb and the other two side buttons with the ring/pinky fingers, but that would require a significant amount of practice, and the odd grip would tire out the user quickly.

The location of the side buttons is not the only complaint we can make about the ergonomics of this mouse. Even at its lowest possible setting, the Torq X10 feels excessively long and a user with small hands would be barely able to use the wheel. Having short fingers does not help either, as the force required to press either of the primary buttons increases dramatically as you move away from the front of the mouse, meaning that the high force would certainly tire the user in no time at all. It is doubtful that this mouse would be usable by people with very small hands at all, especially children. 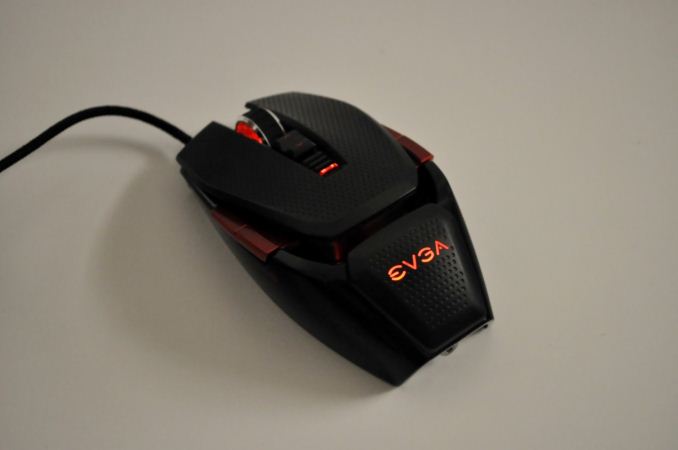 And then we come to the cost. EVGA's suggested retail pricing is at $90 for the normal model and $130 for the carbon fiber model. Thankfully, retail pricing is considerably lower, with the standard model available for $70 while the carbon fiber version is $100. These prices are still quite high, but they're at least more palatable than the MSRP. It's also hard to justify the >30% price increase just for a layer of carbon fiber on the sides of the mouse, but aesthetics are a subjective matter and there may be users willing to pay the premium.

As the first gaming mouse from EVGA, we had high expectations. Perhaps we are being a little too strict for the same reason. Regardless of its shortcomings, the Torq X10 still remains an excellent all-around performer. However, pragmatism suggests that EVGA will be facing very strong competition, even with the discounted retail prices that we mentioned. There are literally dozens of gaming mice available as direct competitors to the Torq X10, and some priced quite a bit lower. For example, there's the $80 Logitech G502 Proteus Core, $50 Corsair Vengeance M65, and $70 Mad Catz R.A.T. 7, to name just a few examples. With its retail pricing at $70, we believe that the Torq X10 has a fighting chance in today's retail market, especially among ambidextrous and left-handed users, but $90 or $130 would be far too much.