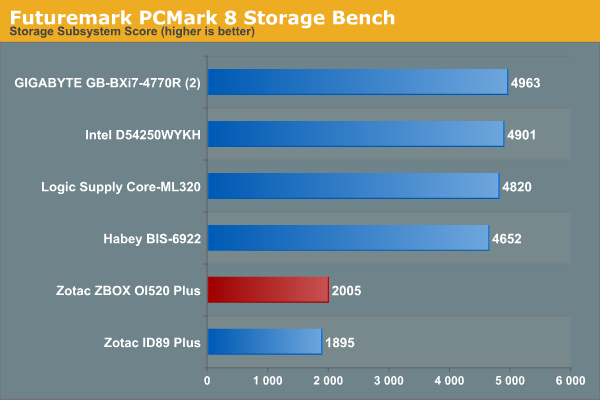 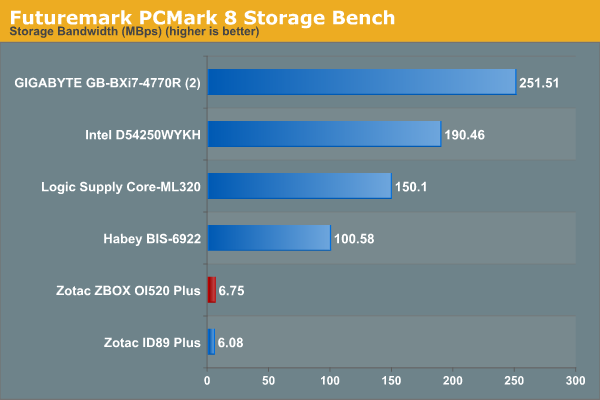 The OI520 Plus obviously suffers here due to the absence of a SSD. 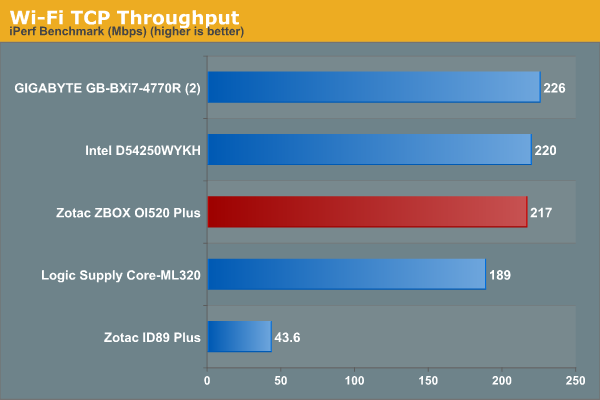 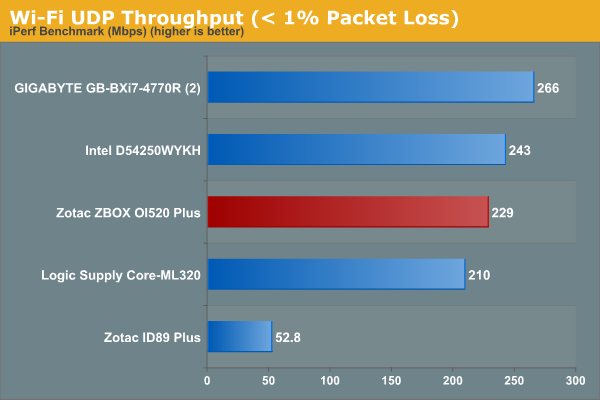 The wireless card performs as well as the 2x2 Intel AC card in the NUC, despite being 1x1 only