Prior to evaluating the performance of the drives in a NAS environment, we wanted to check up on the best-case performance of the drives by connecting them directly to a SATA 6 Gbps port. Using HD Tune Pro 5.50, we ran a number of tests on the raw drives. The following screenshots present the results for the various drives in an easy-to-compare manner. 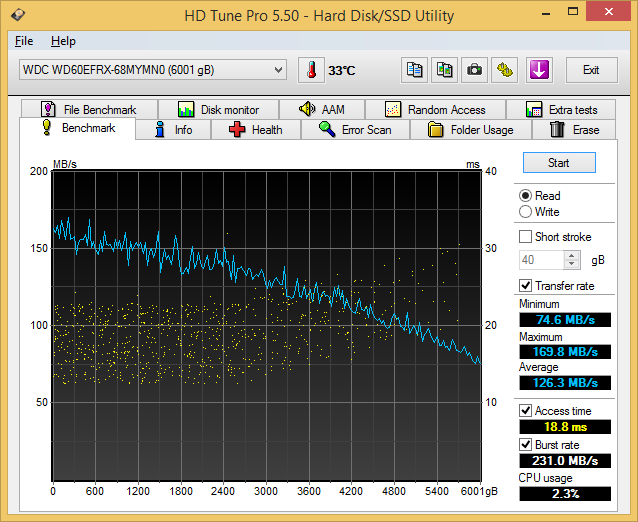 The Seagate Enterprise Capacity drive, as expected, leads the benchmark numbers with an average transfer rate of around 171 MBps. The HGST unit (142 MBps) performs better than the WD Red (126 MBps) in terms of raw data transfer rates, thanks to the higher rotational speed. The burst rate of the Seagate drive is also higher. In effect, the higher amount of cache memory on the Seagate drive helps it to perform well in this test. 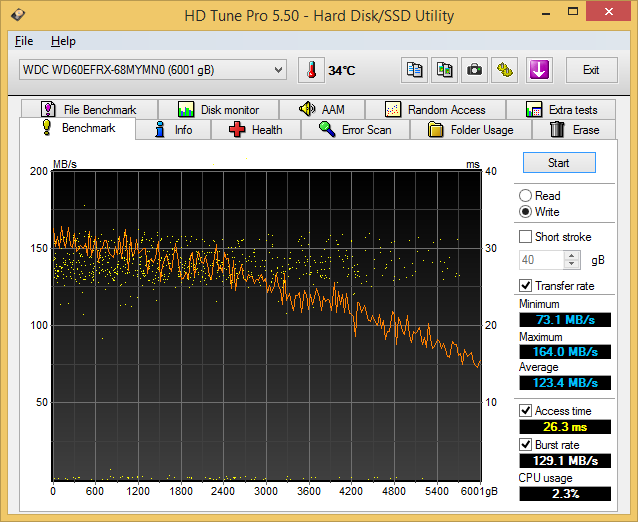 A similar scenario plays out in the sequential write benchmarks. The Seagate drive leads the pack with an average transfer rate of 168 MBps followed by the HGST one at 139 MBps. The WD Red's 123 MBps is the slowest of the lot, but these results are foregone conclusions due to the lower rotational speeds in the Red. 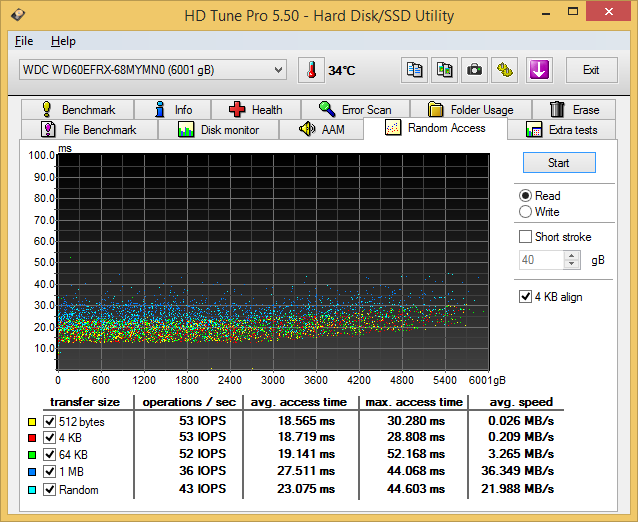 In the random read benchmarks, the HGST and Seagate drives perform fairly similar to each other in terms of IOPS as well as average access time. 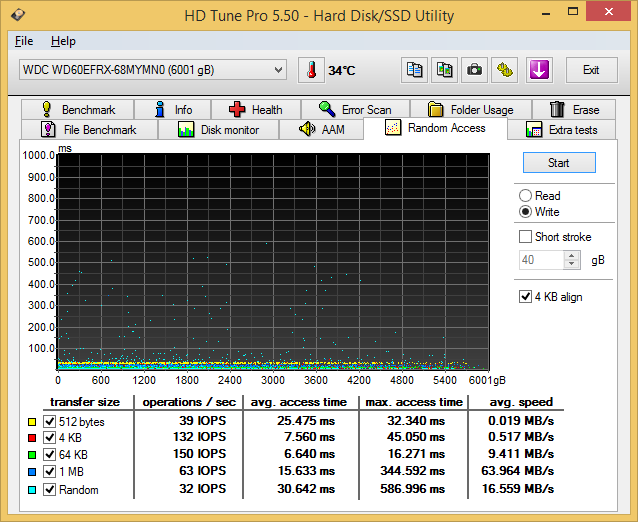 The differences between the enterprise-class drives and the consumer / SOHO NAS drives is even more pronounced in the random write benchmark numbers. However, the most interesting aspect here is that the HGST Ultrastar He6 wins out on the IOPS for 512B transfers due to its sector size. Otherwise, the familiar scenario that we observed in the previous subsections play out here too. 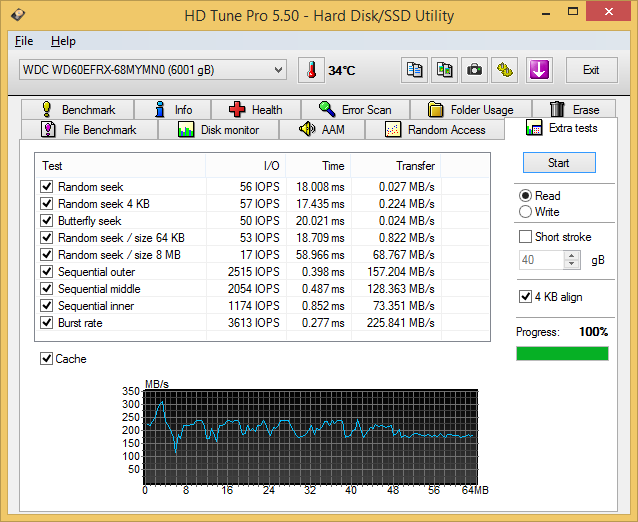 HD Tune Pro also includes a suite of miscellaneous tests such as random seeks and sequential accesses in different segments of the hard disk platters. The numbers above show the HGST and Seagate drives matched much more evenly. The cache effects are also visible in the final graph. 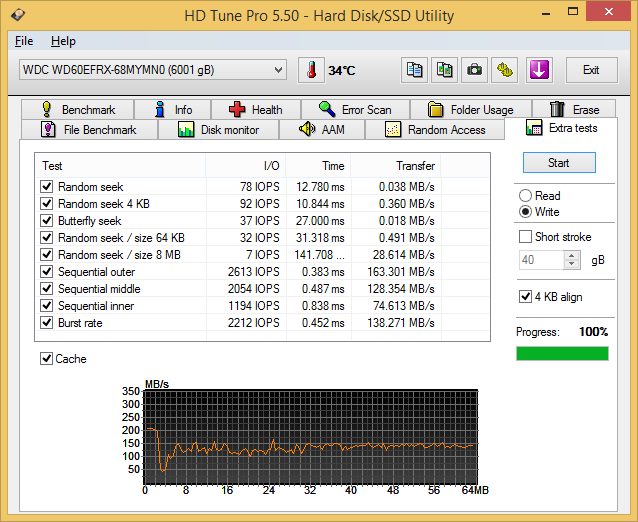 Similar to the previous sub-section, we find that the Seagate and HGST drives quite evenly matched in most of the tests. The HGST drive does exhibit some weird behaviour with the burst rate test and the Seagate one with the 8 MB random seek tests, while the Red is consistent across all of them without being exceptional.

We now have an idea of the standalone performance of the three drives being considered today. In the next section, we will take a look at the performance of these drives when subject to access from a single client - as a DAS as well as a NAS drive.